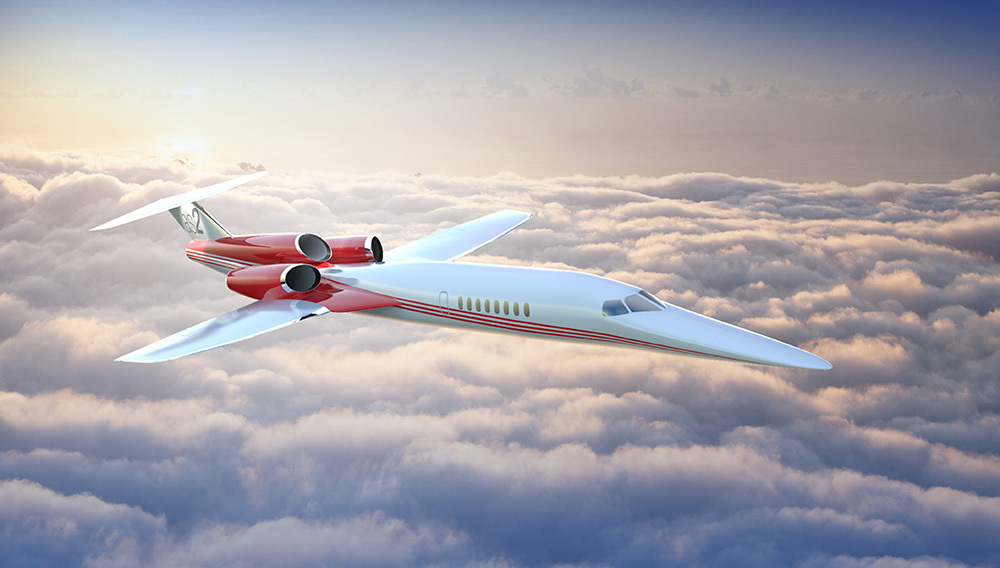 Aerion Supersonic, the company attempting to pioneer affordable supersonic flights, may soon become a viable competitor to Richard Branson’s Virgin Galactic (NYSE:SPCE) as both of these enterprises seek to offer fast and cheap transcontinental travel.

According to the reporting by Bloomberg, Aerion is currently in merger talks with the Special Purpose Acquisition Company (SPAC), Altitude Acquisition Corp. (NASDAQ:ALTU). Should the talks succeed, a Definitive Agreement (DA) to merge may materialize within February 2021, paving the way for the shares of the combined company to start trading on the stock exchange.

Readers should note that Boeing (NYSE:BA) is currently the lead investor in Aerion Supersonic, having participated in a Series B funding round on the 5th of February 2019. Boeing’s high-profile backing is currently acting as a crucial anchor for Aerion as it purportedly negotiates a merger with Altitude Acquisition.

For those that are unfamiliar with Aerion Supersonic’s business model, the company recently concluded the wind tunnel testing of its supersonic business jet, dubbed the AS2. The jet will be able to travel at a speed of Mach 1.4 (1,000 mph). For reference, Virgin Galactic's supersonic jet will purportedly be able to travel at Mach 3.0. The AS2's engines do not require an afterburn and would utilize a carbon-neutral synthetic fuel developed from atmospheric carbon dioxide, water, and green electricity. As the aircraft would cruise at very high altitudes, the resultant sonic boom would be dampened by the denser and warmer layers of air below, allowing the AS2 to operate even under stringent regulatory conditions. The actual construction of the AS2 will take place in 2023, with test launches occurring in 2025.

This brings us to the crux of the matter. Even though Virgin Galactic is primarily aiming to democratize space-based tourism, it has also indicated the goal of launching transcontinental flights. It is in this arena that Aerion Supersonic may emerge as a viable competitor to Richard Branson’s enterprise. As an illustration, on the 9th of February 2021, Aerion signed an agreement with NASA’s Langley Research Center to explore and realize the goal of traveling anywhere on the planet in under three hours!

Nonetheless, we would like to stress that Virgin Galactic currently has a huge first-mover advantage over Aerion Supersonic. To wit, Virgin Galactic’s VSS Unity rocket-propelled vehicle is currently in the terminal phase of testing and would carry Richard Branson to space sometime in 2021. However, as is the case with Aerion's AS2, Virgin's supersonic plane is not expected to debut for a few years. Despite this time lag, the increase in competition in the transcontinental arena will only end up benefiting consumers. So, stay tuned!