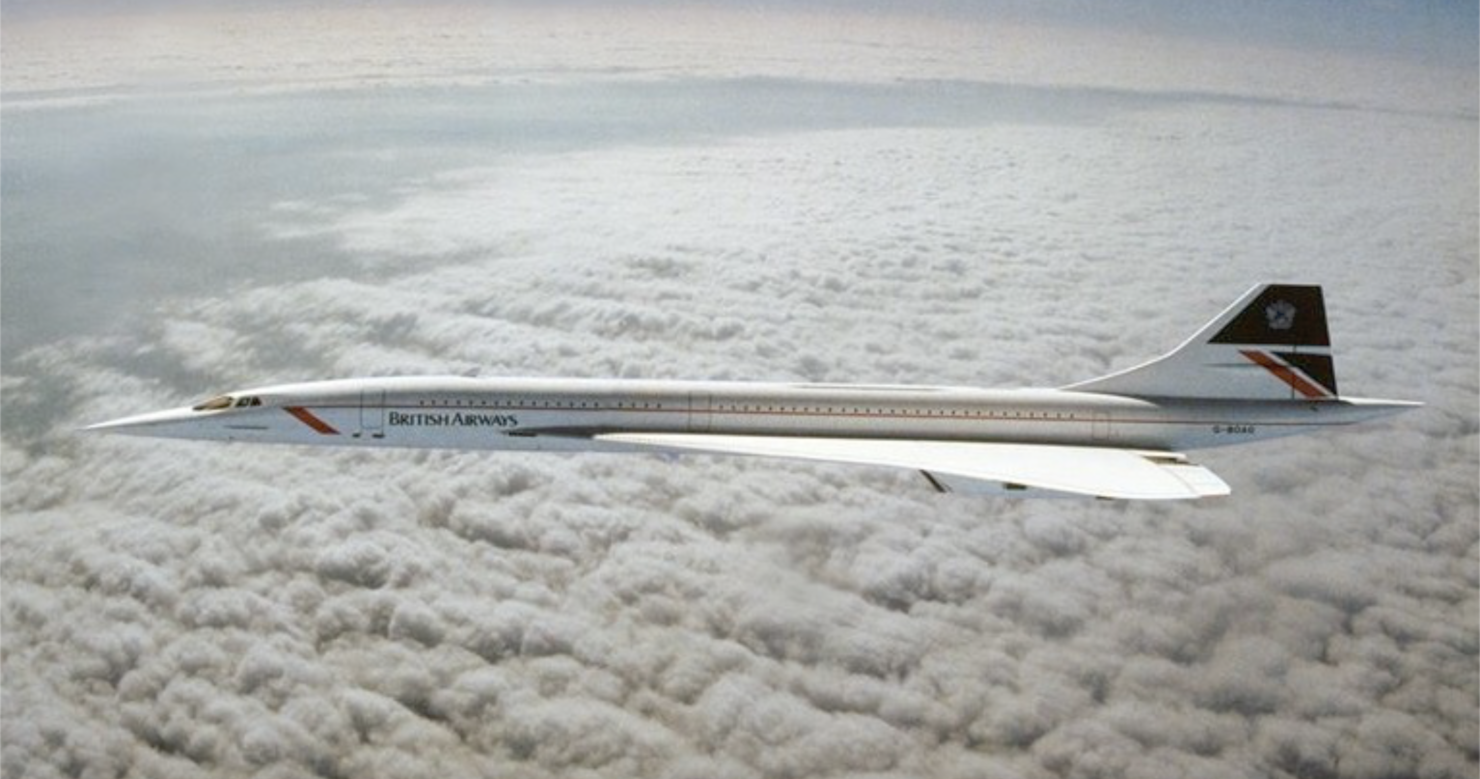 The Dassault Aviation Concorde flying in between 1.5 Mach - 1.6 Mach over the Irish Sea in April, 1985, with the photograph taken by a Royal Air Force (RAF) Tornado fighter jet flying barebones. Like the Concorde, Virgin Galactic's commercial supersonic aircraft will also use a Delta Wing design that has a larger wing area than a traditional wing. (Image Credit: RAF)

Fixed-wing commercial aerospace services provider Virgin Galactic (NYSE:SPCE) has announced a new aircraft design today that will use engines built in partnership with British aerospace giant Rolls-Royce Limited. Virgin's new aircraft intends to bring back supersonic travel to commercial air travel – a concept that no other fixed-wing aircraft manufacturer has commercially experimented with since the retirement of the French-made Dassault Aviation's Concorde in 2003.

The company's press release that provides details for these plans provides few details about the nature of the aircraft itself. What is clear that the primary purpose of the vehicle will be commercial operations, instead of supporting both commercial and research activities as Virgin Galactic does with its SpaceShipTwo spaceplane. This plane is capable of reaching the boundary of space in order to provide travelers a brief experience of what micro-gravity feels like.

At this point in time, Virgin has completed the first stage of the design process, in which a designer lists down the set of requirements for an aircraft and determines whether these objectives can be met or not. Aircraft design is a complex process hedged on the designers' ability to list down only those requirements and future capabilities that in their opinion are necessary for the project's success.

Over-allocation of capabilities at this stage is certain to make the project encounter cost overruns in the future which then put the entire project's feasibility at risk. Furthermore, it is equally important for designers to determine the relative maturity of the technologies needed to fulfill their design outcomes in the early stages of the process; this is necessary for gauging the project's expected development time-frame.

Virgin Galactic also confirmed that the engines for this new aircraft will be designed by British aviation behemoth Rolls-Royce Limited. For this purpose, the company has confirmed that both parties have entered into a non-binding Memorandum of Understanding (MOU). Given that Virgin in the early stages of its supersonic commercial aircraft design, the company is likely to have only narrowed down the basic characteristics of the engine that it requires Rolls-Royce to design and build.

As opposed to the engines for Virgin's SpaceShipTwo which uses solid and rocket propellant combustion for generating thrust, the engine for the supersonic aircraft is likely to use air compression for thrust due to its sub-orbital design flight goal. Such engines compress air through a primary compressor located in the center, and commercial airlines or aircraft that prefer efficiency and subsonic flights generally employ engines dubbed 'turbofans'. As opposed to 'turbojets' which power supersonic aircraft, turbofans feature an additional fan at their front to further accelerate air.

Virgin Galactic's chief spce officer (C.S.O) Mr. George Whitesides has also confirmed that it is working with the Federal Aviation Administration (FAA) even in the project's early stages. The company's MCR involved participation from representatives of the National Aeronautics and Space Administration (NASA). During the review, Virgin's researchers exhibited confidence that their design can meet the extreme goals of the project – namely safe supersonic commercial air flight.

The aircraft will be capable of carrying up to 19 passengers while capable of flying at altitudes higher than 60,000 feet and at speeds up to at least Mach 3. It will employ a delta-wing design, aim towards using sustainable jet fuel and feature both first and business class seats. Virgin also plans to use the aircraft on long-duration commercial flights.