Playing 4K Videos on iPhone 6 and iPhone 6 Plus is Possible, Verifies an App!

Being able to record and play 4K videos on your mobile devices is now considered as one of the sought-after, premium features that a smartphone has to offer. While various Android devices started offering this feature quite earlier, Apple fans are no far behind anymore too. New report confirms that it is indeed very much possible to watch 4K videos on your iPhone 6 and iPhone 6 Plus devices, regardless of their native resolution being a little less than required. 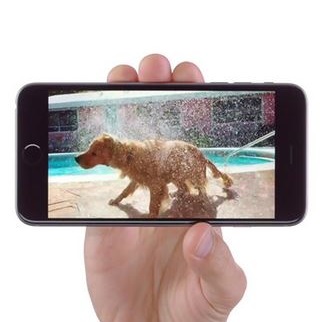 Recording 4k videos is a primary feature being looked forward to now by the photography and videography enthusiasts. Not only recording but 4k playback is equally essential considering even a normal user would be interesting in watching beautifully recorded video regardless of being interested in recording one. While it was earlier believed that the latest iPhone duo is not capable of 4k playback, a latest report contradicts to such a notion.

Published by TUAW, report confirms that both the latest smartphones can afford 4k playback thanks to Apple's A8 processing chip out of the box. Considering iPhone 6's 1330 x 750 resolution and Plus's 1920 x 1080 resolution, devices won’t breakdown to a pixel-by-pixel output on the display. However, side-loading a 4K video file onto the iPhone will output the 4K resolution.

The iPhone 6 and 6 Plus can play 4K video right out of the box thanks to its A8 chip. The discovery was made by the developers of WALTR, a great Mac app that allows users to quickly upload video files to their iPhone which aren’t supported by iTunes, such as FLAC and MKV files. While testing the app developers found it is possible to playback 4K videos on the iPhone 6.