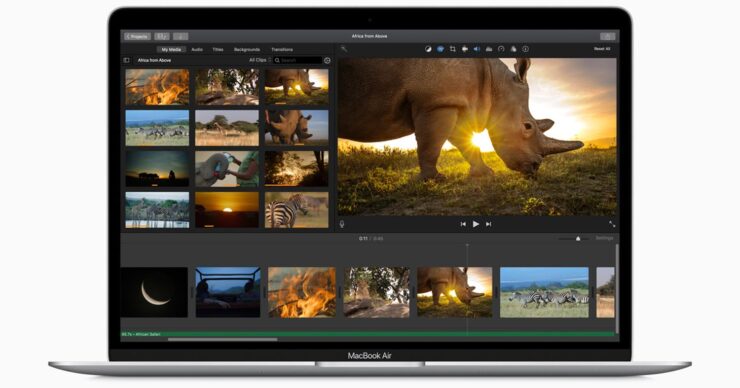 When Apple introduced an updated entry-level MacBook Pro model last year, it was the first time that both a quad-core CPU and a Touch Bar were paired on the cheaper notebook. While the Touch Bar might have been viewed as a mixed bag, the addition of a quad-core chip made all the difference in the world for a variety of tasks. The same impression can be made for the 2020 MacBook Air, which can now be configured with a quad-core processor. Now you’re all wondering what kind of performance metrics do the two machines bring to the table? We’re glad you asked because this initial 2020 MacBook Air vs 2019 MacBook Pro numbers comparison shows that Apple’s updated notebook can pack some serious firepower and be lightweight at the same time.

Before we get to the fun stuff, let us run down some specifications first. The funny thing is that the 10th-generation Core i5 processor listed on Apple’s website can’t be found on Intel’s product page. Sure, there’s a quad-core mobile CPU that features a base clock of 1.10GHz, but there’s no chip that shares the same 3.50GHz boost clock frequency as this one on Intel’s web page. The closest option we could find was the Core i5-1035G1, which has a 1.10GHz base clock speed, and a 3.60GHz boost clock.

As for the entry-level 2019 MacBook Pro, it’s running a Core i5-8257U, which has a 1.40GHz base clock, and a 3.90GHz boost clock. Bear in mind that both chips running in different machines feature four logical cores, and eight threads, making it a proper comparison between the two. Now that we’ve run down the specifications that you’d be most interested in when viewing this numbers comparison, the 2020 MacBook Air vs 2019 MacBook Pro results are given as follows. 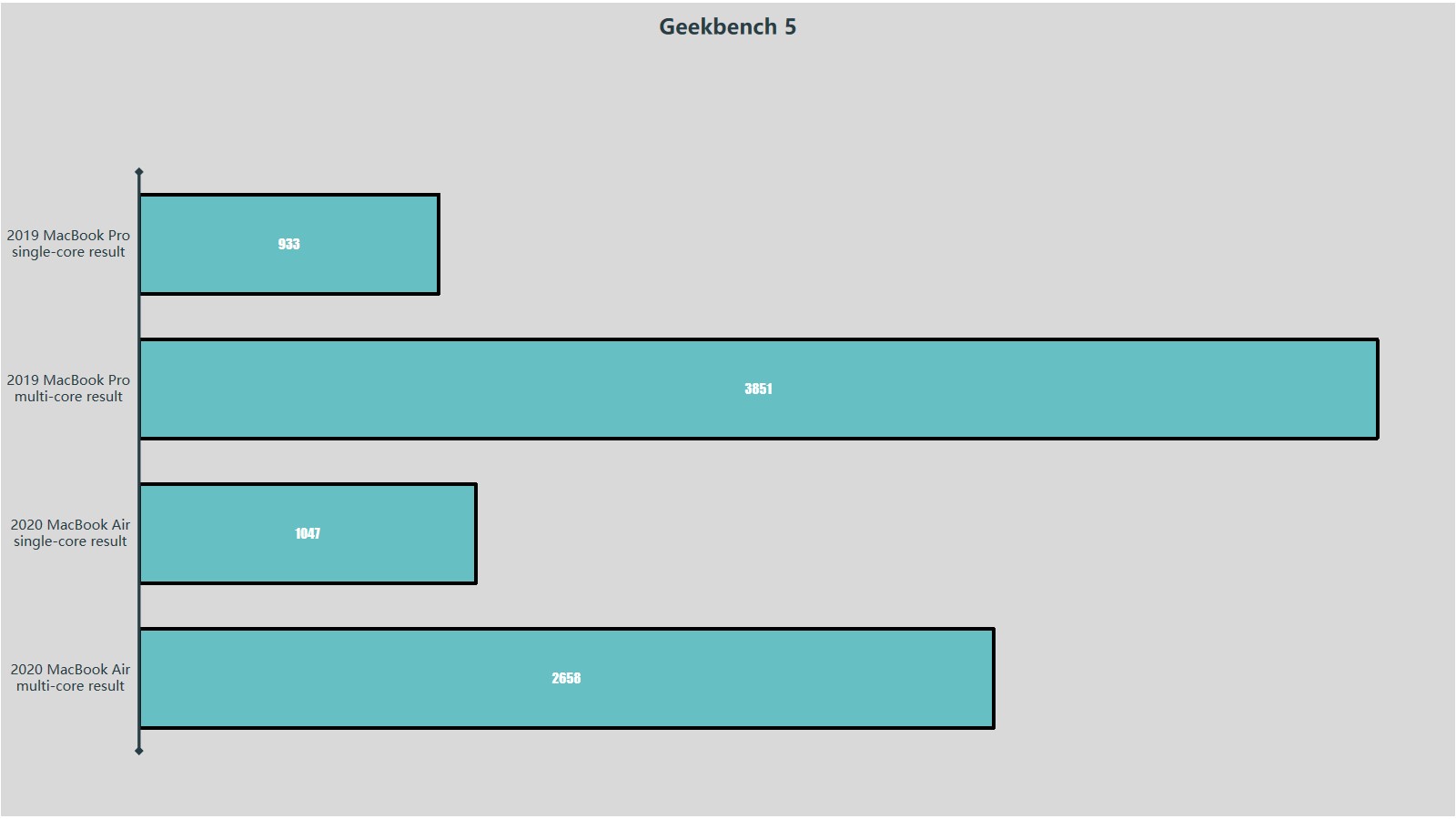 As you can see, the new MacBook Air smokes the MacBook Pro in the single-core tests but fails to overtake the ‘Pro’ machine in the multi-core result. That means that for prolonged and intensive workloads, the MacBook Pro is still the better option as a lot of applications take advantage of increased multi-core performance. However, that doesn’t make the 2020 MacBook Air a bad option by any means, as it’s also lighter than the MacBook Pro and costs $200 cheaper while offering the same amount of RAM and double the PCIe SSD storage.

The biggest takeaway from this 2020 MacBook Air vs 2019 MacBook Pro performance comparison is that customers no longer have to pick the pricier machines to run taxing applications with additional fluidity. Of course, the thinner chassis belonging to the MacBook Air will be limiting for the Core i5 chip as far as heat output, so there will still be a wall that you’ll be running into. In short, you’ll have to check what kind of workloads will be ideal for this machine and pick your preferred model accordingly.