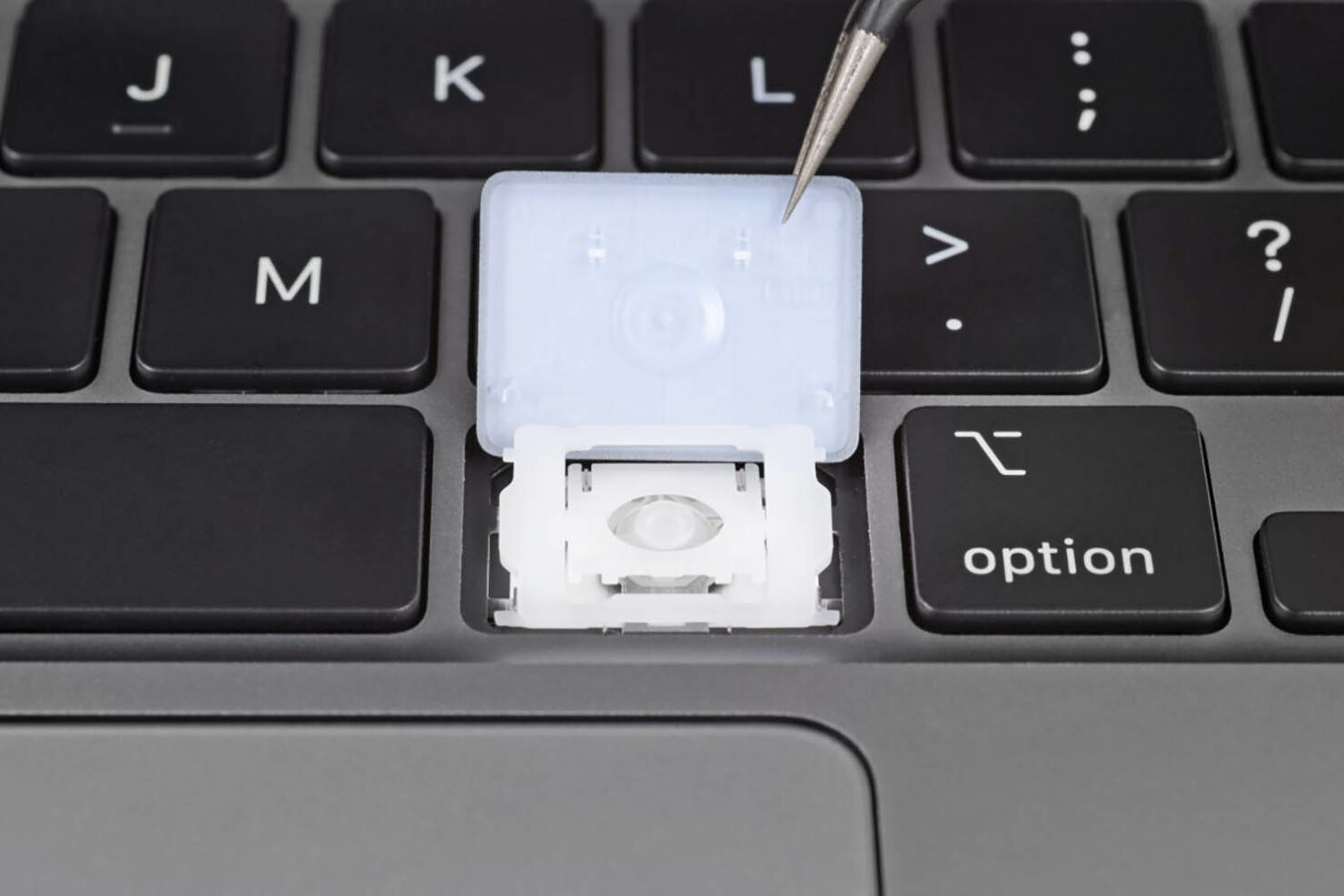 The latest 2020 MacBook Air teardown was carried out by iFixit and found some interesting changes on the inside. Though Apple’s marketing team heavily focuses on the newly designed and more robust Magic Keyboard, it’s the multitude of changes on the inside that a lot of you will be interested in checking out. Here are all the details you should know.

Since the most notable change on the outside is that the newly designed scissor switch keyboard, the 2020 MacBook Air teardown pointed out some important changes. Firstly, the updated keyboard only adds a measly half a millimeter of additional thickness to the body of the MacBook Air. The new dimensions of the machine now measure in at 0.63 inches at its thickest point, while the 2019 model measured in at 0.61 inches.

Just think that all Apple had to do was add a small amount of thickness to its machines and it wouldn’t have to face those previous conundrums at all. Looks like the company learned its lesson after all. Another lesson which we believe will still take time for the company to register is making repairs simpler, but according to the 2020 MacBook Air teardown, we’re getting somewhere. iFixit states the following regarding the new cable configuration and how simple it can make the repair process.

“That new trackpad cable configuration pays dividends! Where last year the trackpad cables were trapped under the logic board, they are now free to be disconnected anytime—meaning trackpad removal can happen as soon as the back cover comes off. And since the battery rests under these same cables, this new configuration also greatly speeds up battery removal by leaving the logic board in place. That’s two very tasty birds, one stone, for those of you counting. This is one of those happy (but all too rare) occasions where we can identify a hardware change from Apple that’s squarely aimed at improving serviceability in the existing design. Sometimes they do listen!”

The addition of a larger heatsink should improve cooling performance, but the 2020 MacBook Air teardown shows there’s only one fan present. In previous YouTube videos, the Core i5 with four cores running in the machine reaches a scorching 100 degrees Celsius, which will inhibit performance, but it will still get the job done on most occasions.

Overall, iFixit gave its 2020 MacBook Air teardown a 4 out of 10 in repairability. Not bad, considering it’s an Apple product. iFixit also provided its final thoughts below, revealing how simple or difficult the process was.

+ Re-routed trackpad cables mean that trackpad and battery replacements are available from the get-go and easier than ever.

+ Many other components (fan, speakers, ports, etc) are modular and easy to access.

+/– Apart from the pesky pentalobe screws, the MacBook Air opens about as easily as any

– The keyboard, though more reliable, is still integrated into the top case, requiring a full teardown for service.

– Soldered SSD and RAM are a real bummer in a laptop at this price point. 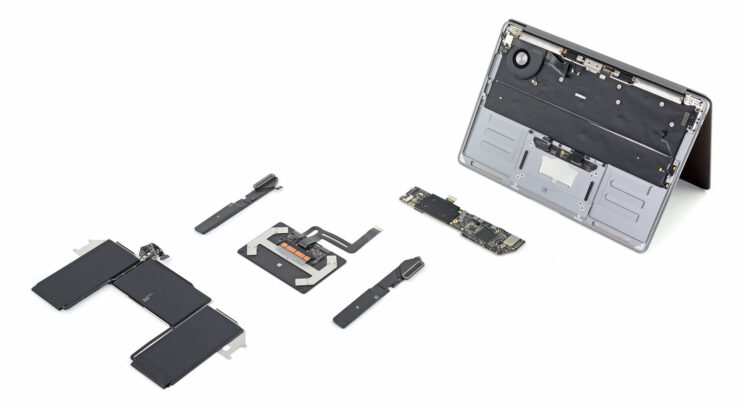 Do the new changes make you want to invest in a 2020 MacBook Air? Let us know down in the comments.