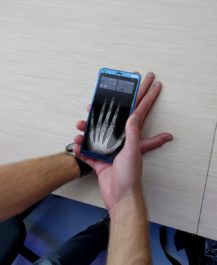 It's April Fools day, which means that we get to see all types of weird announcements floating around the web. Most of them turn out to be false, with the exception of Gmail, which was initially written off as a joke as it was announced on April 1st about fifteen years ago. Here's a list of some of the good stuff that's been going around the internet. In the spirit of full disclosure, I fell for one myself.

“This Is A Rebellion!” Says Flustered Musk As Rockets Come To Life

OnePlus' Warp Car—an electric vehicle that purportedly runs on OnePlus' Warp Charge technology— is one of the more obvious 'pranks' out there. The vehicle claims to go from Los Angeles to Las Vegas on a single 20-minute charge and has a maximum range of 290 miles. Come on OnePlus, you can do better than this.

Apparently, dogs being unable to watch TV is a problem somewhere in the world so Ruku decided to fix it by releasing a new remote for your furry friends. It features new Animal-themed shortcut buttons in ergonomic paw-shapes, Bark Assistant Technology with commands such as bark to play, bark to increase volume and bark to stop. It even comes with a dedicated subwoofer to recreate some for dogs' ears only frequencies for an optimal streaming experience.

It turns out that Google's Files app can do a lot more than keep the insides of your phone clean. It uses Android's less-known smudge_detector API, together with geometric dirt models and the haptic micromovement generator, Files can detect when your phone is filthy and clean it off for you, while also preventing future buildup via a 'protective coating' that forms using the vibration motor.

The Nokia 9 PureView has way too many cameras. But, one of them happens to be more useful than the rest. The mysterious, blacked out sensor in the device is actually an X-ray Camera that can, as the name suggests, take X-Ray photos of your appendages.