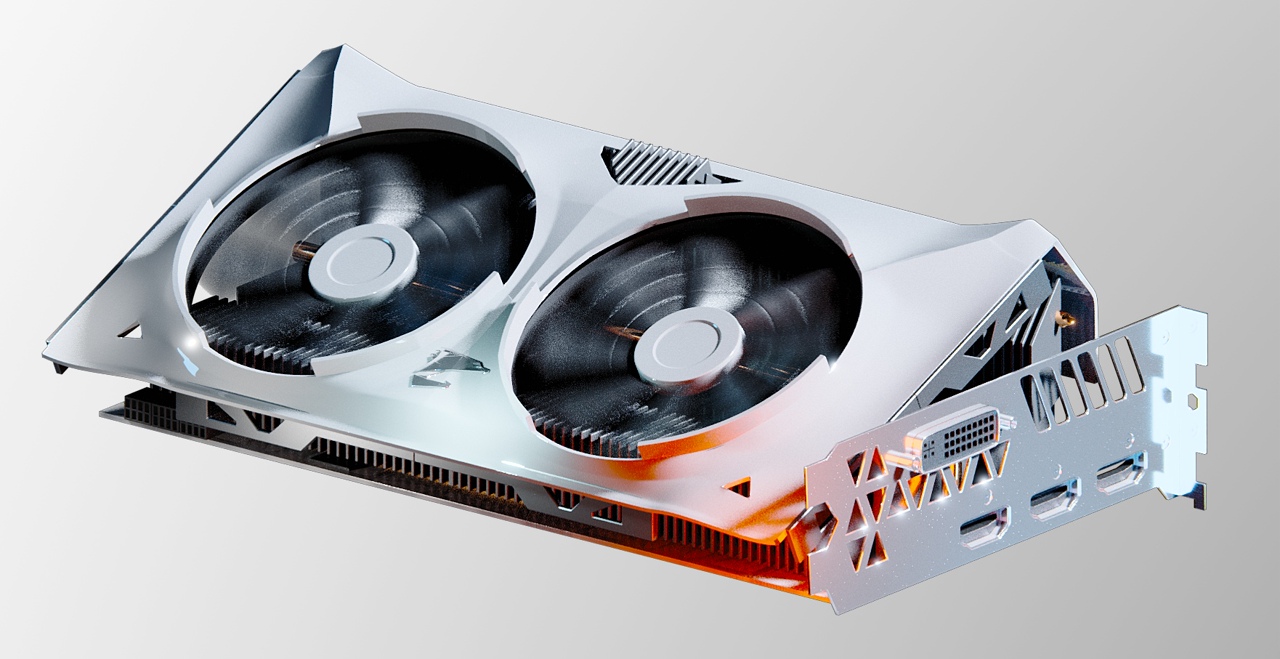 In some cases, the orientation of the graphics card has caused issues. Most of the issues stem from vertical mounting choking out the airflow to the GPU since the intake of the card is too close to the side panel. Gigabyte may have come up with a potential solution in a concept design of an AORUS card with an angled shroud design posted to the AORUS Spain Twitter.

Gigabyte Has Found The Solution To The Horizontal vs. Vertical Mounting Debate

Gigabyte has sort of found the solution. They have literally gone halfway in between horizontal and vertical mounting with an angled shroud. The card looks like someone left a heavyweight on the left side causing the card to angle downwards. Although it is a good attempt, the orientation looks to solve neither problem as the fans will not be shown in horizontal mounting and it will look extremely awkward in vertical mounting. The render appears to have two large heatsinks connected via copper heat pipes, one attached to the board and the other is on the bottom side. All of this cooled by two fans. The connectivity features 3 HDMI ports and the outdated VGI port.

This is not a real product and is a render, but it seems to be a late April fools joke based on the caption as well as the inclusion of the VGI port. The orientation seems to be flipped as well. When all else goes wrong, this could be used as a very expensive paperweight or door stopper. It would be interesting to see this design if it ever happens on a AORUS Radeon card.