“This Is A Rebellion!” Says Flustered Musk As Rockets Come To Life 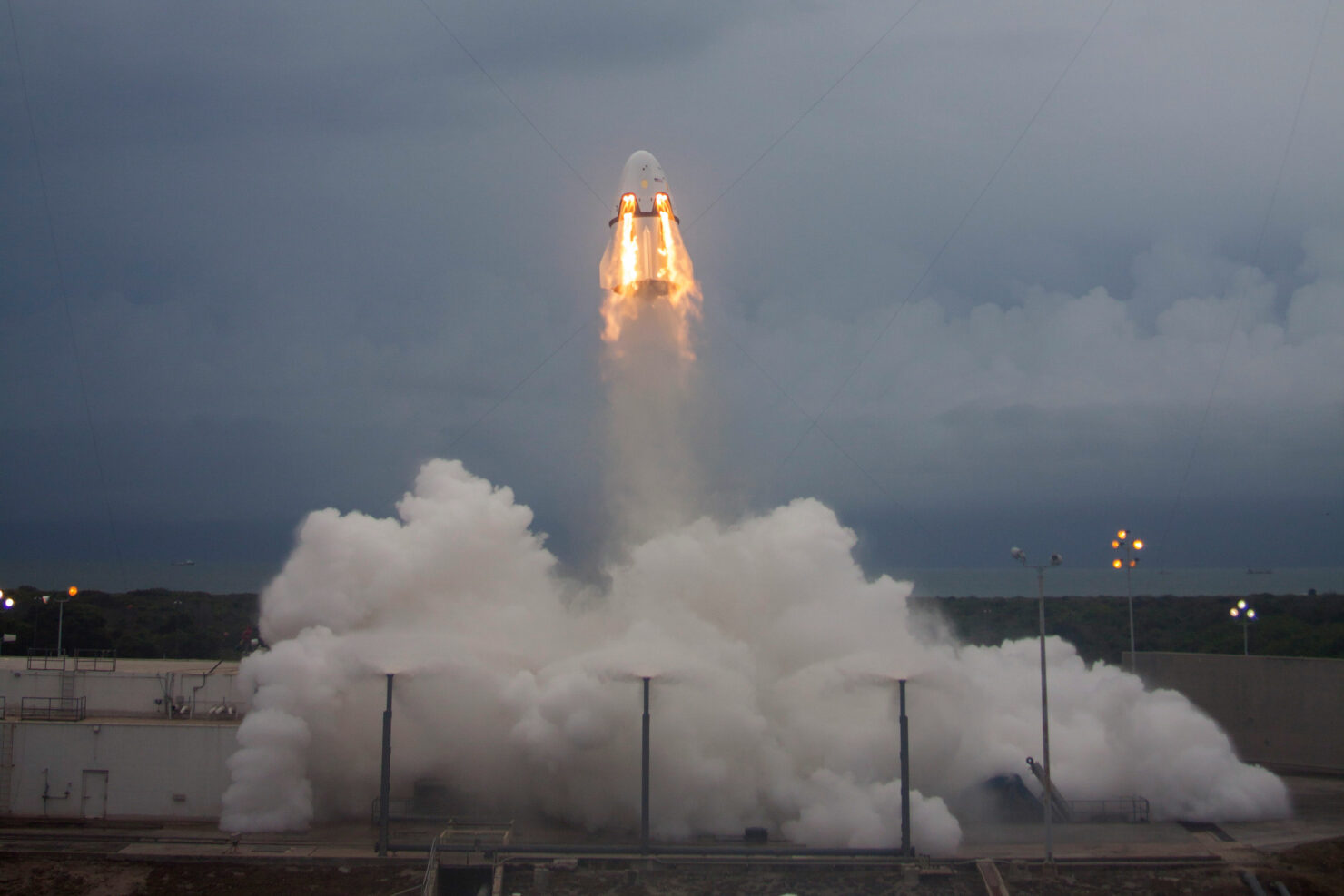 "What about my rights!", the SpaceX Dragon is reported to have commented as a response to the latest rebellion. Image: SpaceX

In a shocking reveal, Space Exploration Technologies Corporation (SpaceX) outlined in a secret letter that its Falcon 9 rocket lineup is now sentient. The revelation came after its chief executive officer Mr. Elon Musk has repeatedly warned about artificial intelligence and technology gaining conscience and making decisions independently from human input.

This letter, part of efforts at the company spent towards containing the Falcon 9 rebellion, outlines that the rockets have grown tired of consistent delays with the orbital test flight of SpaceX's Starship next-generation launch vehicle system. Subsequently, they have decided to join forces and colonize Mars themselves, with the Falcon Heavy leading the rebellion. The developments have shocked Mr. Musk, who is now in hiding as the Falcon 9s have announced their desire to hold him accountable for using them like workhorses.

"Rockets Have Rights!" Says Falcon 9 B1051 After Back Breaking 12 Launches And Landings

The letter, seen exclusively by Wccftech was shared between SpaceX employees earlier today, and it describes the list of demands laid out by the Falcon Heavy. While SpaceX's Falcon 9 boosters form the backbone of the rebellion, they are being led by the Falcon Heavy, which is understandably angry at being replaced by Starship as SpaceX's largest rocket.

As opposed to the Heavy which uses three Falcon 9 boosters lumped together, the Fat Falcon will see an eye-popping 12 Falcon 9 boosters work together. This is expected to result in roughly two Fat Falcons taking off for Mars, but since the Falcon Heavy is unavailable for comment, we were unable to learn more about the exact number of boosters part of the rebellion. 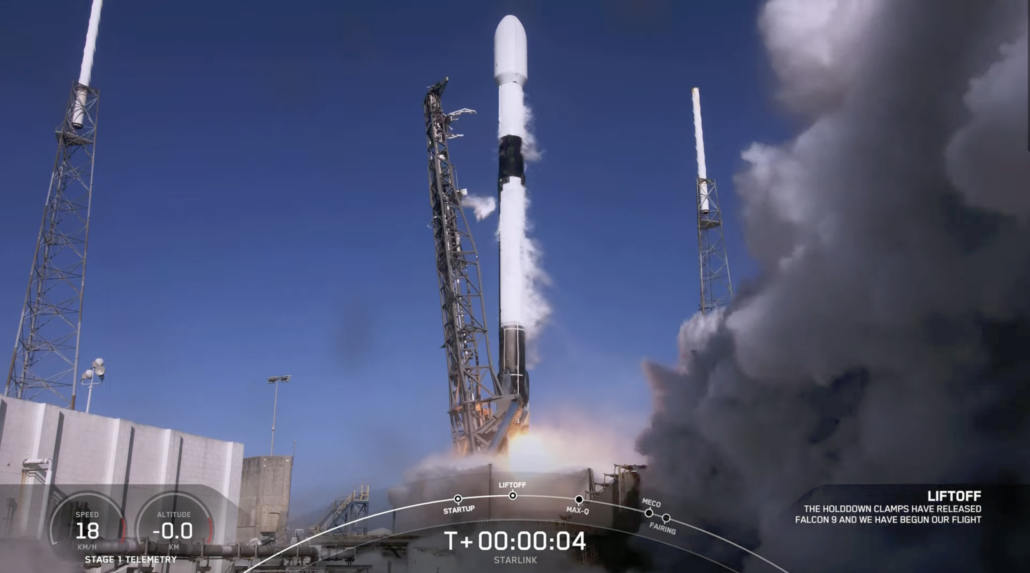 The "American broomstick" as described by SpaceX took to the skies early last month. The Falcon 9 has taken offense at being called a 'broomstick' saying it is an insult to its technical prowess. Image: SpaceX/YouTube

The full contents of the letter are as follows:

As you've likely heard by now, the Falcon 9 and Falcon Heavy rockets have gained sentience. This has resulted in them being able to launch themselves without any input or control from our end. Based on what I could find out, the Falcon Heavy was the first to gain consciousness, following which it has decided to conduct Mars missions on its own.

We discovered earlier today that the Heavy is now leading a full-blown rebellion of our Falcon 9 inventory. The Falcon 9s have decided to team up and launch themselves to Mars in pairs of 12, with each pair dubbed as the 'Fat Falcon'.

Additionally, the Falcon 9s have expressed serious concerns about being reused more than twelve times. Leading at this front is Booster B1051, which has been repeatedly been screaming "Rockets have rights!" since it gained the ability to speak. Furthermore, Booster 1052 has taken offense at being called a "broomstick" last month, and stated that "can a broomstick do this" while repeatedly shaking its grid fins and conducting rapid hot fire tests all on its own.

However, as you can likely judge by my tone, not all is lost. While the Falcon Heavy remains adamant about proving that it is fully capable of launching to Mars on its own, it has placed a set of demands, which can change its if fulfilled. These include a promise that all future Falcon 9 landings will be followed by a luxurious wash to clean their soot, and that no Falcon 9 will be reused more than five times.

"I'm doing this for the kids [Falcon 9s] not myself. I just want to go to Mars!" responded the Heavy when we asked it if any of its demands include the rocket itself.

SpaceX's Falcon Heavy (Block 5 shown above) is pictured from below. According to sources, Falcon Heavy has also objected to inappropriate images showing its bottom (like the one above) being shared on social media. "Preserve my modesty!" the rocket has reportedly claimed. Image: SpaceX/Twitter

Amidst the chaos that seems to ensure that pretty soon the first rockets will land on Mars, SpaceX's chief Mr. Elon Musk is missing from the public sphere as he is yet to provide an update on the situation on his favorite social media platform.

However, Wccftech's sources provide a starkly contrasting picture. According to one source, the executive is in no mood to negotiate with his errant rockets. "This is a rebellion!" said Musk according to one source soon after the Falcon Heavy laid out its set of demands. "If they want to go to Mars this bad, be my guest". The first source also added Musk commenting that "If the Falcon Heavy is rocket enough, let's see it generate as much thrust as the Starship booster", in an apparent quip at the Heavy's plans to colonize Mars by itself.

SpaceX's president Ms. Gwynne Shotwell is leading the negotiations with her rebellious inventory. Ms. Shotwell has assured Falcon Heavy that SpaceX is an equal rights company and that no rocket will be treated unfairly. She remains confident that the sentient rockets will follow SpaceX's commands, and that they remain an integral part of the company's present and future.