MediaTek’s efforts in releasing its Helio lineup of SoCs will eventually allow the tech firm to duke it out against the likes of Qualcomm and Samsung, but the company has also set it sights on another market. Wearables and ‘Internet of things’ happens to be the hot subject in the world of tech. Our smartphones are impressive devices when it comes to mobile computing prowess, but things are about to get a whole lot better for you. 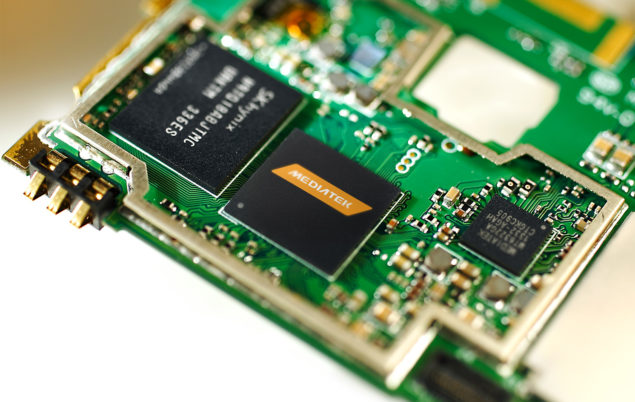 In order to connect the world through wearables and other applications, the Taiwanese fabless semiconductor has announced a new development platform that has been specifically designed for wearables and the ‘Internet of Things’. These platforms are going to be handed over to developers, who will work their magic in order to roll out different applications that will play along nicely with the chipset.

Fudzilla has stated that according to Marc Naddell, who is the Vice President of MediaTek Labs:

“Professional developers face many challenges in the lifecycle of device creation, but one such challenge shouldn't be getting that product to a commercial-ready prototype.”

In case you were wondering what exactly the company has graciously delivered to the palms of developers, it is the MediaTek LinkIt Assist 2502 platform. The platform will give developers additional freedom to test their concepts and applications on the company’s Aster MT2502 chip, which has been specifically designed by MediaTek to be accommodated in to wearables.

Here are some interesting facts concerning the hardware specifications of Aster MT2502:

It features an ARM7 EJ-S that is running at a clock speed of 260 MHz. The development board possesses 4 MB of RAM and 16 MB of flash memory (we have to remind you that this platform is currently for development and testing purposes, hence the low hardware specifications). However, here is the juicy bit that will want you to start saving up for your next wearable. Features such as GPS and Wi-Fi connectivity can be incorporated in to wearable SoCs, along with sufficient space to assimilate a microSD slot, Bluetooth (including BT LE), GSM and GPRS communications.

Currently, the biggest drawback of owning a wearable is their pathetic battery life. However, we believe that the selling point of the company’s SoC will not just be the amount of features incorporated in to future devices, but the fact that they will be able to provide between 5-7 days’ worth of battery life.

MediaTek’s MT2601 is the company’s first SoC designed for Android Wear, but since only two months have passed since its announcement, you are going to muster up a lot of patience before you see them in wearables.