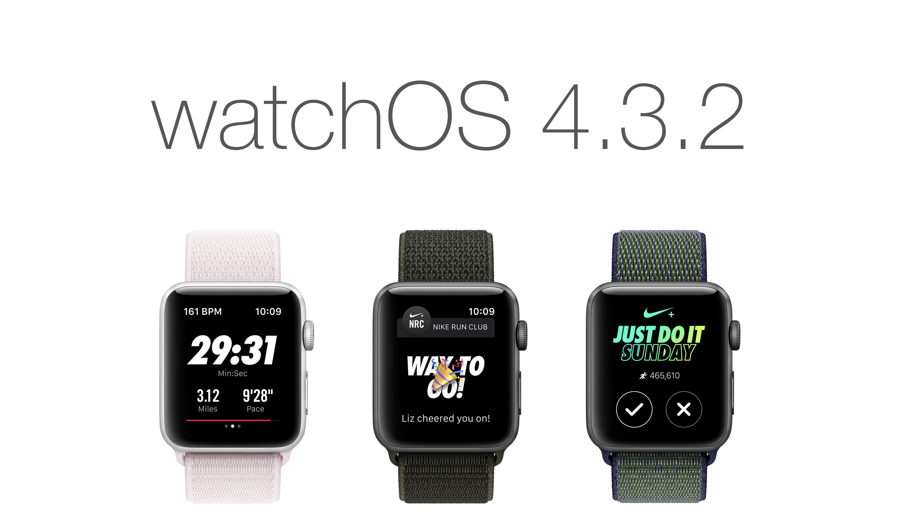 Apple Watch users will be pleased to learn that they can now download watchOS 4.3.2 update. We'll show you how.

Download watchOS 4.3.2 Final Today for Stability Improvements and Other Under the Hood Changes

Despite being in the market for a long time now, Apple Watch has so far seen small updates in the software front. Sure, watchOS 5 takes a lot of things to the next level, but there's not much you can do on a device of this size. So in order to keep things nice and smoothly for the time being on top of what we already have, Apple has today released a new update to its wearable platform - watchOS 4.3.2.

The changelog as per the Watch app on the iPhone is as follows:

Just like the few releases before it, this one focuses primarily on improving performance, nothing else. So if you were hoping for something a little more James Bond-esque, then you might want to wait until the final release of watchOS 5, which is due for later this year, hopefully alongside new Apple Watch hardware.

Updating the Apple Watch is a slightly tricky process. First of all, you need to place your device on its magnetic charger, otherwise the update process will not move forward at all. Secondly, you must be connected to WiFi at all times. Once those prerequisites are met, navigate to Watch > General > Software Update on your iPhone to view the latest update. The update should show up in a few seconds. Once it does, tap on Download and Install.

Do not remove the Apple Watch from its charger during the course of installation. If something goes wrong, there's no way you can clean install watchOS at home; you will be forced to take your device to Apple in order to get things right again. So please, just let your Apple Watch snuggly on its charger with your iPhone placed next to it while you grab yourself a cup of coffee.

Last but not the least, once you download watchOS 4.3.2, you cannot downgrade back to any previous release of the software. If, for some reason, you do not wish to update your device to the latest release, make up your mind way ahead of time. This goes for beta updates too.