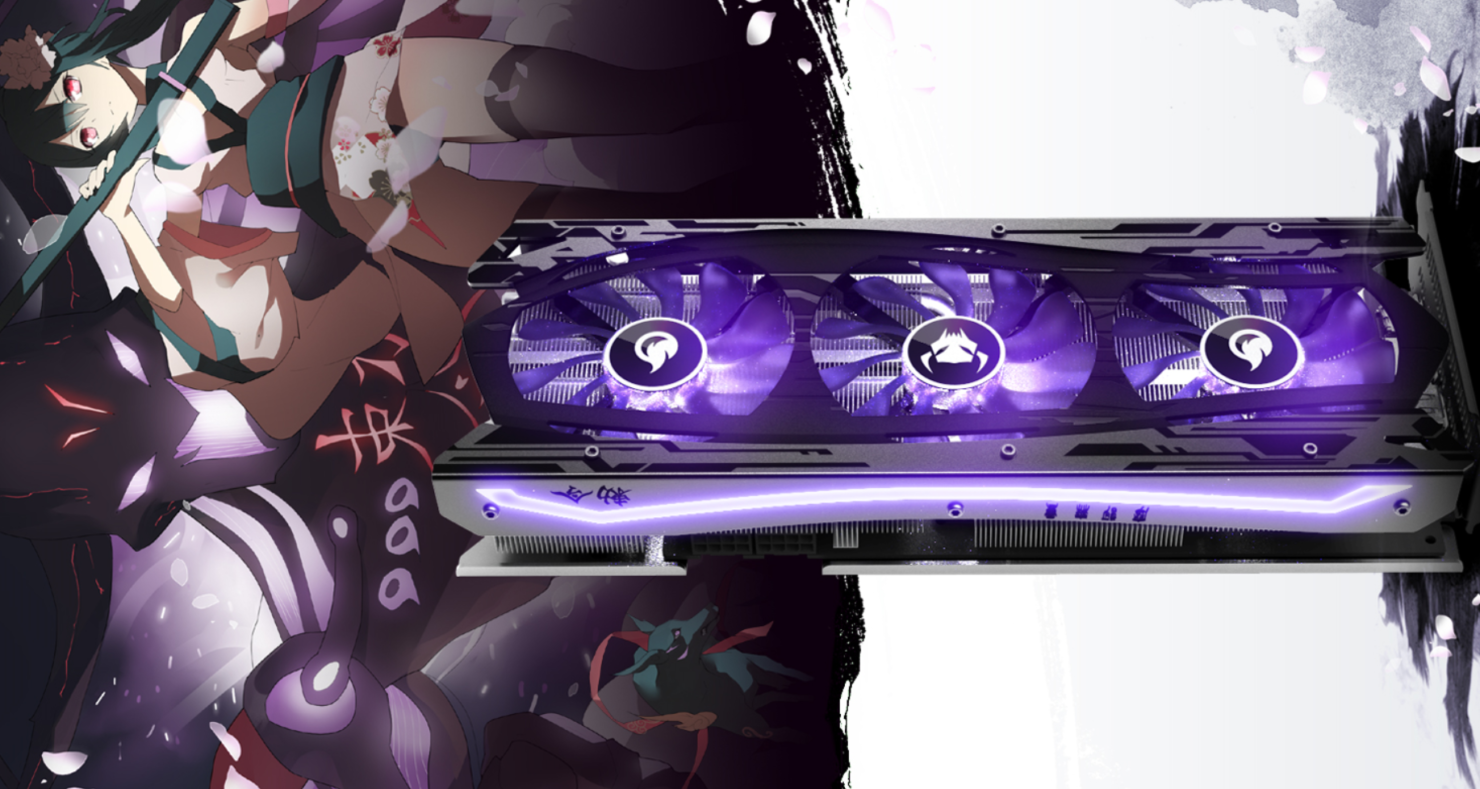 Unlike the previous Sakura Hitomi offerings, Yeston has gone with a more aggressive look on its Radeon RX 6700 XT custom model. The card features a dual-slot and triple-fan design & has the cooler and backplate extending beyond the PCB. Talking about the fans, each fan comes with a total of 11 blades and has a purple acrylic touch to it with RGB LEDs glowing through them. The fans feature 0db fan stop technology so you won't be worried about noise when the card is not performing any GPU intensive tasks.

The front shroud features a black and silver-colored metal skeleton with an acrylic cover that's featured over the fans and has a dark purple tint to it. The side of the shroud comes with a long RGB strip that illuminates with purple lighting out of the box but can be changed using Yeston's RGB software. The aluminum backplate has a nice anime-inspired art over it.

Coming to the specifications, the Yeston Radeon RX 6700 XT Anime custom features the Navi 22 GPU with 2560 stream processors, a game clock of 2424 MHz, and a boost clock of 2581 MHz. It comes with 12 GB of GDDR6 memory running across a 192-bit bus interface while display ports include three DP and a single HDMI output. The card is powered by an 8+6 pin connector config and Yeston recommends using a 750W power supply with the graphics card. As for pricing, the card is expected to cost a premium over the $479 US MSRP of the RX 6700 XT so expect around $550-$600 US.