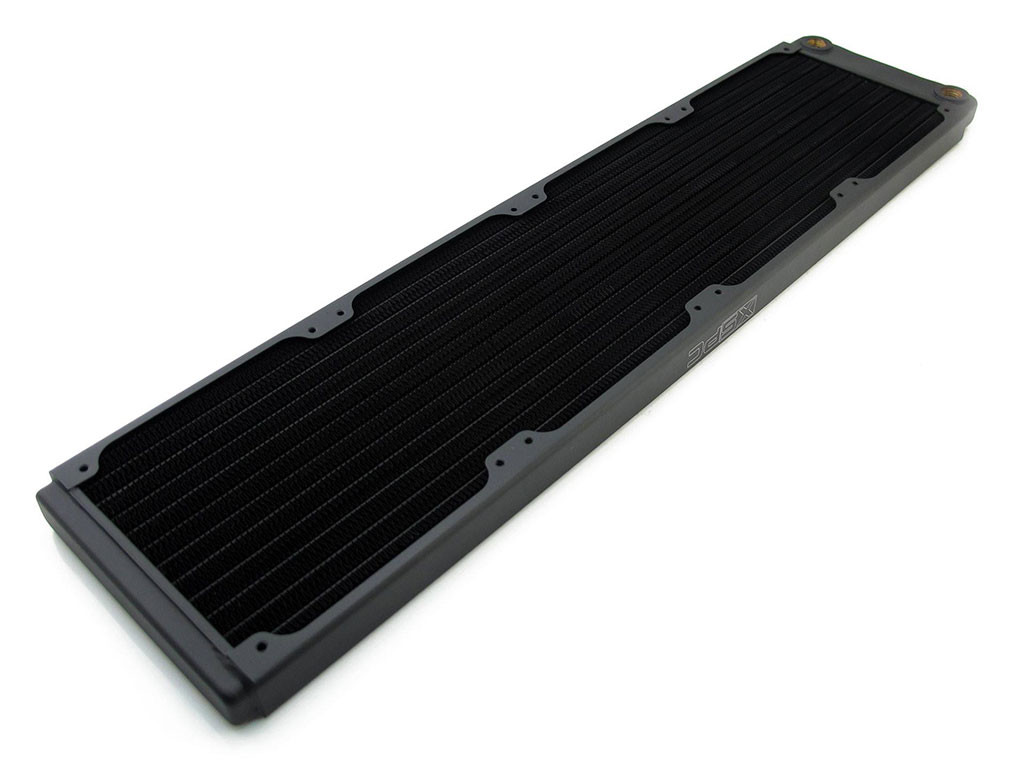 XSPC, a name well known in custom enthusiast grade water cooling, has announced their all-new TX Series of ultra thin radiators, XSPC has billed them as the world's thinnest available PC radiators at just 20.5 mm thick or just .8 inches for us Americans. The product is tailored for systems where space is at a premium or watercooling wasn't necessarily thought of, the TX series is offered in 120 mm, 240 mm, 360 mm and 480 mm sizes.

To give this some better understanding the radiator thickness is 20% thinner when compared to a typical 120 mm fan (25 mm), and a full 40% thinner than XSPC's own EX-series radiators. If paired with slim 15-20 mm fans, the total radiator and fan thickness can be reduced to only 35.5-40.5 mm respectively, allowing for a proper liquid cooling loop in even the smallest of spaces. Now fitting a radiator into a smaller case isn't the issue it once was.

The TX series uses a high-performance copper and brass core, and welded seam tubes while combining it with high-density splitter fins. In order to further improve cooling performance because apparently people like their radiators to keep the hardware in their case cool, the fins stick out a bit past the tubing which will use of the space available between the tubing and the radiator frame. This allows for an increase in fin volume for heat dissipation without affecting the overall dimensions of the radiator. In a bid to further boost performance XSPC has increased fin density with the TX line to 22 FPI (fins per inch). XSPC has claimed that performance will remain excellent even with low-speed fans thanks to the radiators ultra-thin nature, which is something I cannot personally vouch for or rule against.

No launch date has been specified, but XSPC expects the TX series radiators to be available in the next month by their network of retailers.