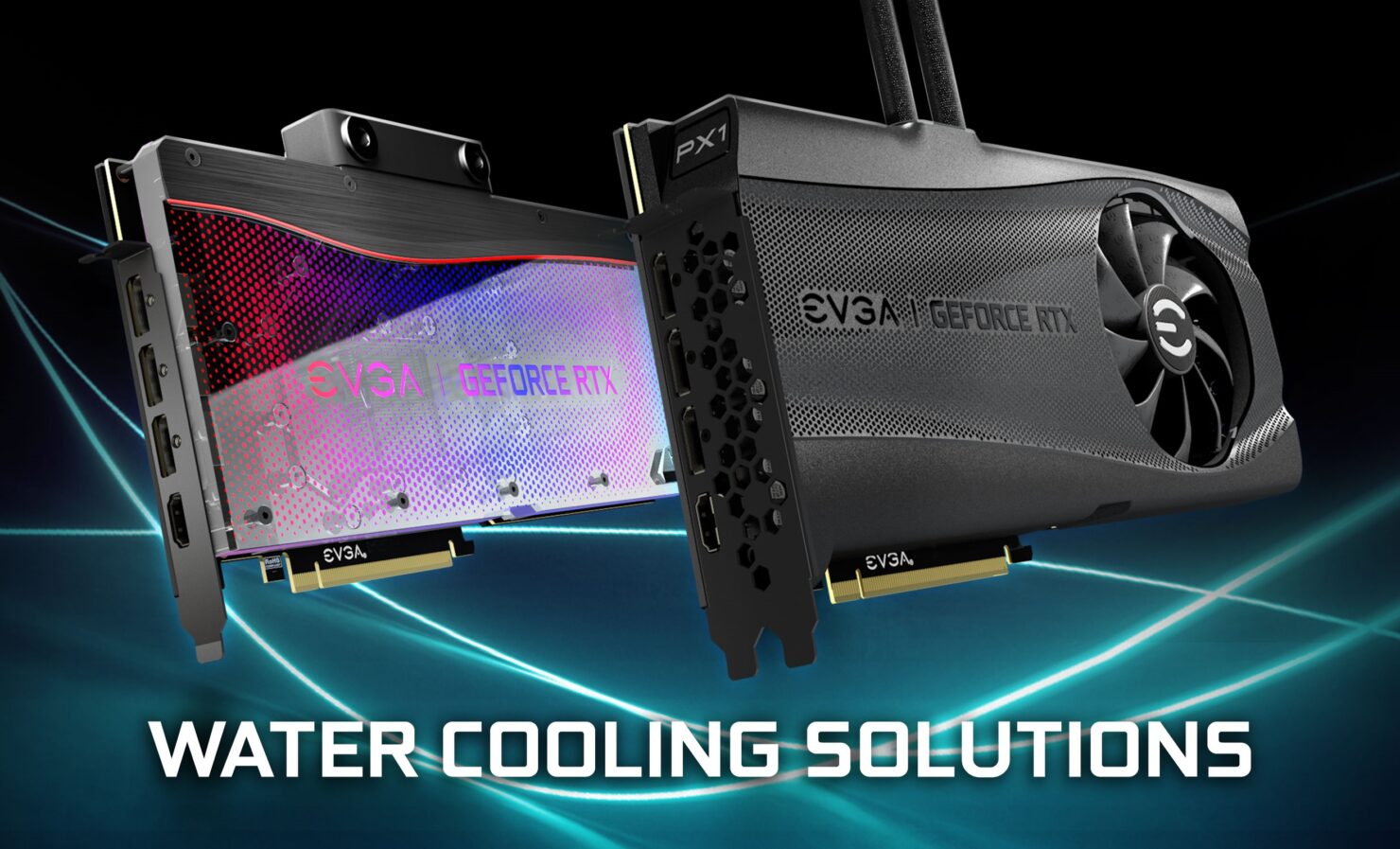 EVGA has just unveiled its next-gen GeForce RTX 3090 / RTX 3080 Hydro Copper and Hybrid series graphics cards. The lineup is made specifically for water cooling enthusiasts & comes in a total of 8 variants based on user preferences.

The EVGA GeForce RTX 3090 & RTX 3080 water cooling lineup has a total of for variants for each graphics card. The Hydro copper lineup includes the FTW3 & XC3 variant and so does the Hybrid lineup.

The EVGA GeForce RTX 3090 & RTX 3080 Hydro Copper lineup is designed for custom-loop gaming PCs. The GPUs come with a full-coverage water block that offers cooling for GPU, memory, and the VRMs too. The water block itself is a full-cover CNC-milled and nickel-plated copper block & comes with a dozen narrow micro-fins to channel liquid through the vital components on the PCB. EVGA's Hydro Copper lineup includes a multi-directional position for the fittings and tubings to be installed through making it a tireless effort to install the card in your custom-looped cooling setup. The block makes use of 6x G1/4" treads.

As for the card itself, it comes with a 1.2 slot design and has a single I/O bracket which leaves extra room within your PC. Display outputs include three DisplayPort and a single HDMI 2.1 port. EVGA's claims show that the water block delivers up to a 27% improvement in GPU and 33% improvement in memory temperatures when running with a 360mm radiator setup.

The water block comes with a fully ARGB lit Arcylic surface with a premium sputter coat which does look amazing and it would be a shame if you aren't running this stunning card in a riser setup. All 4 cards come included with a backplate. You can also note that the FTW3 variant is more premium & adopts a wider design and triple 8-pin connectors compared to the standard width of the XC3 cards and their dual 8-pin connector configuration. The prices and clock speeds for the four models are listed below:

The EVGA GeForce RTX 3090 & RTX 3080 Hybrid series is a toned-down version of the KINGPIN Hybrid graphics card that we got to see earlier. The graphics card features both water and air cooling configurations. It comes with a solid copper base plate manufactured by Asetek which is pumped coolant through a 240mm radiator.

Additional airflow comes from a 9-blade fan on the shroud which blows air towards the internal chassis of the card. EVGA is making use of a dedicated memory cooling plate which makes direct contact with the water block. Large VRM heatsinks are also built into the shroud to allow for high heat dissipation off the vital components. EVGA claims that Hybrid cooling provides a 21.6% improvement in GPU temperatures and an 11% improvement in memory temperatures.

All 4 GeForce RTX 30 cards come included with a backplate. You can also note that the FTW3 variant is more premium & adopts a wider design and triple 8-pin connectors compared to the standard width of the XC3 cards and their dual 8-pin connector configuration. The prices and clock speeds for the four models are listed below:

As for availability, all of the cards are currently listed out of stock and EVGA has mentioned that they are only up for notify right now. The first units will be shipping in the first week of December and will have a very limited supply but the company expects more units by 2021.