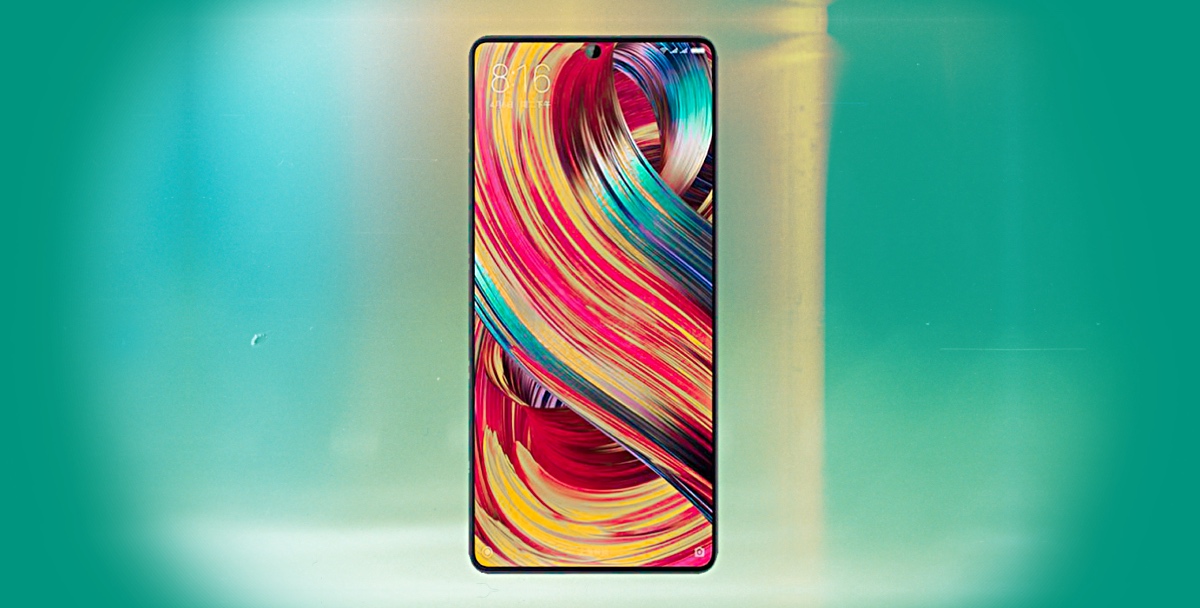 With the advent of edge-to-edge displays, smartphone design has moved up, if we dare to say, 'a notch'. Screen-to-body ratios have increased, providing users with more room to interact with their gadgets. Not content with these developments, Chinese manufacturers are experimenting with methods to further provide consumers with as much screen real estate as possible.

Two latest examples of this phenomenon are the 'tear-drop' design and 'pop-up selfie' cameras that have surfaced on devices in the Far East. The latter is also rumored to feature on Xiaomi's upcoming Mi Mix 3; a smartphone that is the source of several leaks. Today, the Mi Mix 3 has surfaced in its first set of leaked images. Take a look below to find out more.

While it's the larger companies that take the spotlight for edge-to-edge displays, the panels were first introduced by Xiaomi on the original Mi Mix 2 launched in 2016. The company refined the Mix's design on the Mi Mix 2; a smartphone that featured its front camera sensor at the bottom, in an unorthodox arrangement.

Now, with the Mi Mix 3, Xiaomi will remove this design, and allegedly replace it with a pop-up front camera setup. We say allegedly because there have been no concrete leaks to give substantial weight for this upgrade. Instead, the one major change that has surfaced in (planted and other) reports or images is that the Mi Mix 3 will not have a front camera setup at the bottom.

Today, we've got what appears as the device's live image leak that displays two critical upgrades for the smartphone. The Mi Mix 3 looks to feature its predecessor's ceramic build, but this just might be the only thing that it has in common with them.

As you can see above, the first thing that jumps right out at you is the absence of a fingerprint sensor at its back. Xiaomi's previously integrated the fingerprint sensor inside the smartphone's display on the Mi 8 and looks like the company will follow up with the Mi Mix 3. The second thing which is highlighted is the absence of a front camera at the bottom of the device.

It's this second detail which resembles an earlier leak that had clear signs of being planted by Xiaomi itself. The second image in the gallery above confirms the front camera's removal from the bottom but fails to provide details for its replacement. If the motivation behind these images was truly to leak information then we'd see the replacement as well.

This fact, combined with earlier 'leaked' images being fake also points strongly to the fact that these images might not be authentic either. Finally, they're long gone on the original source; a fact that's common with controlled leaks. But the images do their job well by hinting at a virtual fingerprint sensor for the Mix 3 for the first time since leaks for the smartphone started to surface. Thoughts? Let us know what you think in the comments section below and stay tuned. We'll keep you updated on the latest.