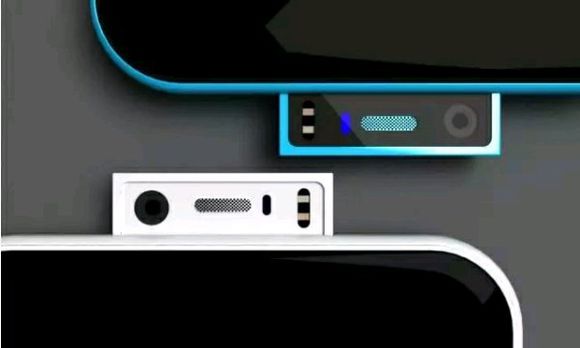 If there's one thing that can be said with certainty about 2018, it's that Chinese manufacturers have finally broken through. Despite what Apple would like us to believe, a lot of users simply aren't worried about feature refinement on their gadgets. Instead, as the rise of Huawei, Xiaomi and others suggests, a low price point with new features is sometimes enough to generate sufficient market success.

Today, we'll talk about Xiaomi and a gadget that's got a lot of users waiting in line. Xiaomi launched its original Mi Mix in 2016 with a unique feature that's since taken the market by storm. The Xiaomi Mi Mix featured an early iteration of an edge-to-edge, bezel-free display. Now, after launching the Mix 2s earlier this year, several sources expect that Xiaomi will follow with a Mi Mix 3. Today we've gathered everything that's leaked for the device in one piece. Head over below for more details.

Two features are very popular with Chinese Android manufacturers these days. Virtual fingerprint sensing pop-up displays are starting to permeate the market, as users welcome them enthusiastically in their palms. This has put Xiaomi in an interesting dilemma. At one end, the company has already capitulated to market pressure by introducing virtual fingerprint recognition on its Mi8 lineup.

At the other, insider reports believe that Xiaomi will follow the market with pop-up cameras this year, launching the feature on its Mi Mix 3. While we've got no concrete information for the device's launch frame, several render and live image leaks lend weight to this suggestions. Take a look at all of them in the gallery below.

Out of all the Mi Mix 3 leaks that have taken place so far, the above four are the ones with the highest probability of authenticity. Additionally, the last image is a render which is a part of a larger leak which you can take a look at here. All four of these images depict a similar form factor for the smartphone. The Xiaomi Mi Mix 3 will have bare-minimum top and bottom bezels as Xiaomi will allegedly change the lineup's iconic front design.

The front camera on the Mi Mix 3 will now shift to its top, in the form of a pop-up setup. This particular feature is also visible on an alleged teaser for the smartphone, that incidentally lists September as the smartphone's launch month.

Recently, a rather interesting leak on the Xiaomi Mi Mix 3 came to light. Posted by AndroidPure, it claims that Xiaomi will launch a Ceramic variant and a Standard variant of the smartphone. Both will start off from 6GB RAM/64GB internal storage and end at 8GBRAM/256GB internal storage. Users will also have the option of 6GB/128GB and 8GB/128GB.

The base variant with standard materials will retail at around $502, with similar specifications for the ceramic variant to cost users $649. Here's a table showing how much each of these alleged variants of the Xiaomi Mi Mix 3 will cost:

We're quite skeptical about the authenticity of this leak as it suggests that Xiaomi will water down the Mi brand's value should it choose to launch a 'Standard' variant. However, competition from middle tier manufacturers has generated a lot of heat and perhaps Xiaomi too is looking at consolidating its market share with the upcoming Mi Mix 3.

For reference, the base variant of the current Mi Mix 2s started at 3299 at its launch, which is more than the rumored price of the Standard base variant. This suggests that the price for the base Ceramic variant will increase by a staggering 2100 Yuan ($310)!. This fact alone cast serious doubt over the authenticity of this information.

To sum it up, the Xiaomi Mi Mix 3 might launch this September with a big design change. Thoughts? Let us know what you think in the comments section below and stay tuned. We'll keep you updated on the latest.