Xiaomi claimed that the Mi MIX 2 will have an even higher screen-to-body ratio than the bedazzling smartphone of 2016, the Mi MIX. A render displaying the Mi MIX 2, the Galaxy S8 and the original Mi MIX have been shown, so let us see which one gets the bragging rights of being the phone with the slimmest bezels ever.

Benjamin Geskin shares a render of the Mi MIX 2 (the one in the center) along with the beautifully crafted Mi MIX and Galaxy S8. Clearly, the Mi MIX 2 beats its predecessor and Galaxy S8 in winning the thinnest bezels award, and we have no doubt that Xiaomi will take it upon itself to retain its position as the manufacturer that released a smartphone boasting the thinnest bezels for 2017.

According to a previous rumor, the Mi MIX 2, or the Mi MIX II will get a screen-to-body ratio of 93 percent. In contrast, the original Mi MIX features a 91.3 percent screen-to-body ratio. The reduced bezels do bring some drawbacks, ranging from the rear-facing fingerprint reader and a piezoelectric speaker, which touts less voice clarity over a regular smartphone speaker. 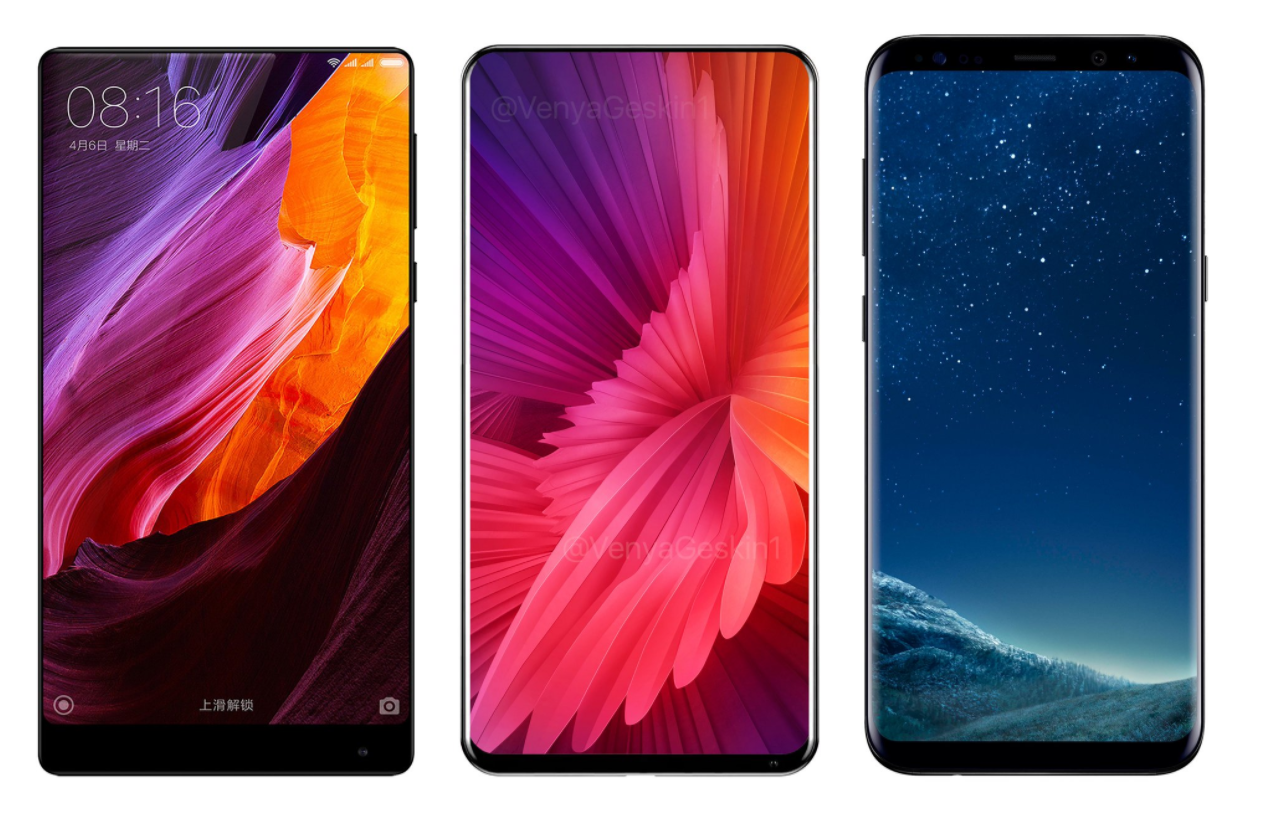 Rumor has it that the Mi MIX 2 will also get a better speaker so the user will be able to engage in conversations more clearly and for longer sessions. As for the hardware, it is possible that the flagship will feature a Snapdragon 836, just like its predecessor came armed with a Snapdragon 821, but time will hold the real key for the company’s endless list of decisions for the phone.

Do you think we should get a handset that is very similar to what you guys are seeing in the render? Let us know your thoughts down in the comments.