Xiaomi Mi 8 vs OnePlus 6 – Affordable Snapdragon 845 Flagship Showdown With Specs, Features Comparisons and Everything You Want to Know 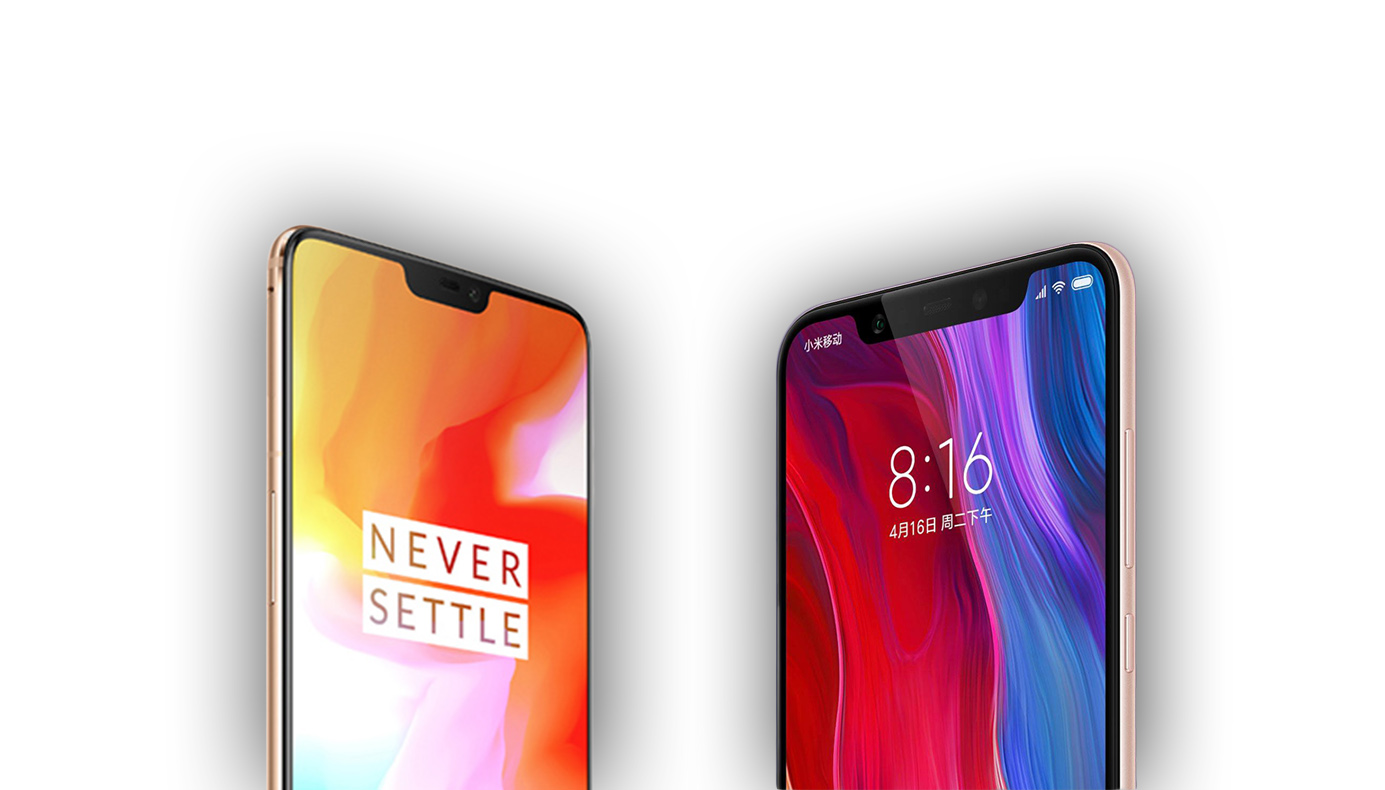 So far, the Xiaomi Mi 8 and the OnePlus 6 are the only Snapdragon 845-powered flagships that have shied away from charging ridiculously high prices from customers, which is the opposite case from like Samsung, HTC, LG and several others. They tend to provide consumers with the same level of computing horsepower for devices priced above $750 while giving them more or less the same complaints.

However, both devices can offer you the same features and their similar pricing means that they are going to be competing with one another rather than going after the bigger and more expensive contenders. Still, which one is the better product? Let us compare the specifications, features, pricing and more to see which affordable Snapdragon 845-flagship is the better purchase for your dollars or any other currency you might be holding on to at this current time.

It is 2018 so undoubtedly, slimmer bezels, a notch, plus a glass and metal design are going to be the necessary ingredients for an Android device to get an embellished design and luckily, both these phones come with one. Both the Mi 8 and OnePlus 6 feature a glass back, with minimized bezels at the front. The glass back of the Xiaomi Mi 8 actually gives it support for Qi wireless charging, which is something that the OnePlus 6 missed out on. 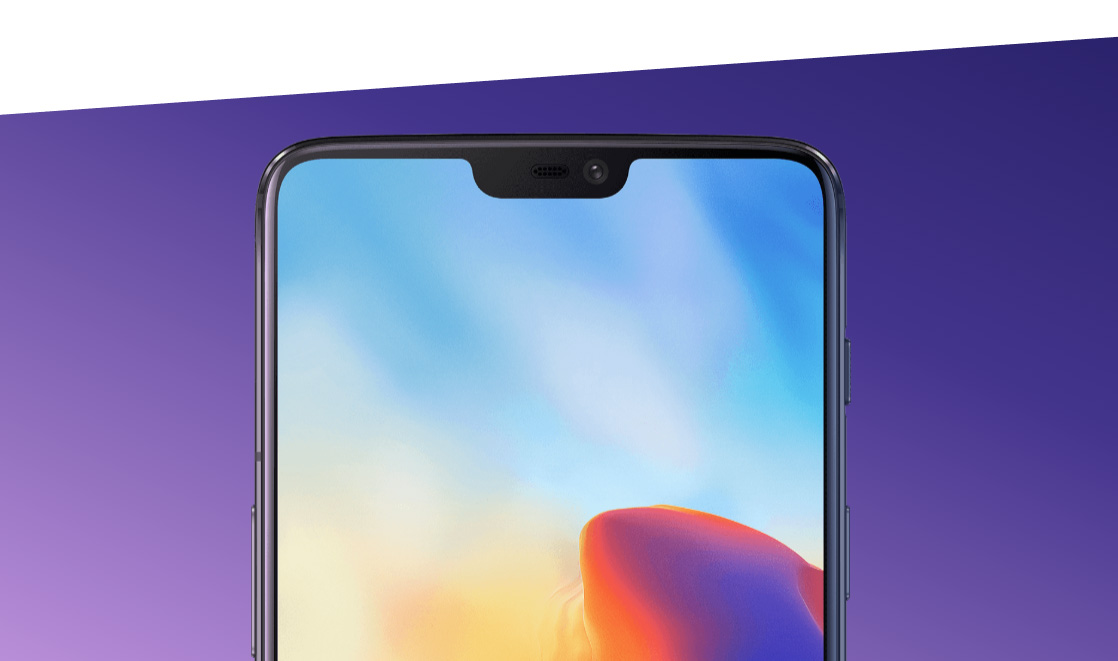 It is certainly not a deal breaker for most customers, but if you’re going to be incorporating a glass back that is prone to breaking if you drop the phone accidentally, then at least make some effort to add wireless induction capabilities to the smartphone. It’s 2018 and it is somewhat disappointing that it will take premium phone makers this long to incorporate wireless charging.

This is definitely a close shave between the two; the Xiaomi Mi 8 and OnePlus 6 both feature an AMOLED panel. The OnePlus 6 actually has a variation of this technology called Optic AMOLED, and if you want to have an in-depth look at AMOLED technology, we’ve included a detailed comparison between OLED and microLED technologies. The Mi 8 and OnePlus 6 feature a 6.21-inch (2,248 x 1,080 resolution) and 6.28-inch (2,280 x 1,080 resolution) display, respectively.

However, the Mi 8 is the only one with the HDR10 compliant screen, which alongside its 60000:1 contrast ratio and its 600 nits max brightness makes it a better option for people that like to use their smartphone for media consumption, or simply play with it outdoors. The OnePlus 6 is also DCI-P3 color accurate like its competitor but it is not HDR10 compliant, which again, is not going to be a deal breaker for most.

Both smartphones come with Qualcomm’s latest and greatest Snapdragon 845, with the processor running at full blast. Unfortunately, the Xiaomi Mi 8 is only limited to 6GB of RAM with 256GB of internal memory while the highest spec’d model of the OnePlus 6 goes up to a whopping 8GB RAM and 256GB of onboard storage. Both devices also have a dual SIM card slot but none of them come with the expandable storage options.

To be honest, it is rather pointless at this stage because there is so much internal memory at hand that the majority of smartphone owners will not find it worth the purchase or trouble to acquire one. Instead, they could just insert two SIM cards for a flexible calling experience and be done with it. If you like headphone jacks, then you will love the OnePlus 6 and loathe the Xiaomi Mi 8 immensely, even though the latter comes with a Type-C to 3.5mm headphone jack adapter.

The glass back of the Mi 8 allows support for wireless charging, while the OnePlus 6 did not get the same treatment, and we feel that this was a missed opportunity in the end. OnePlus stated that the company did not feel this feature was required for the flagship, so it most likely that we’ll be seeing this feature in the successor next year. 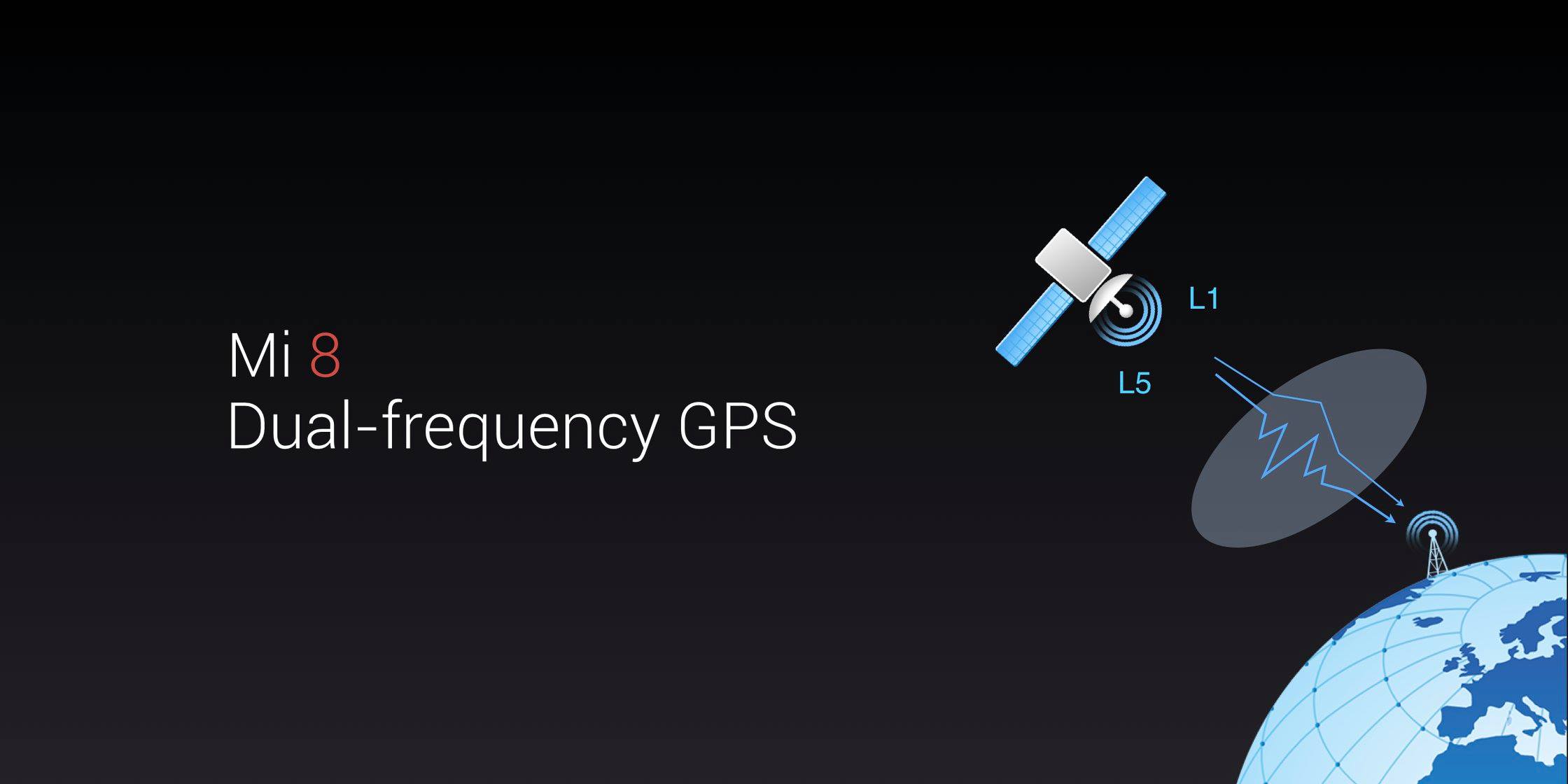 The rest of the specifications are very similar, ranging from Bluetooth 5.0, Wi-Fi ac, a Type-C USB charging port, though the Mi 8 is the first smartphone to utilize dual-frequency GPS for accurate location tracking and more. Other than that, the connectivity options remain the same.

While knowing the specifics of smartphone optics is very important, do note that the same camera numbers and specifications will obviously bring different imaging and video results on two smartphones because of the different sensitivity, calibration, and functionality of the sensors housed in both handsets. Both the Xiaomi Mi 8 and OnePlus 6 feature a dual-camera and both of them get 4K video recording support at 30 and 60 frames per second. 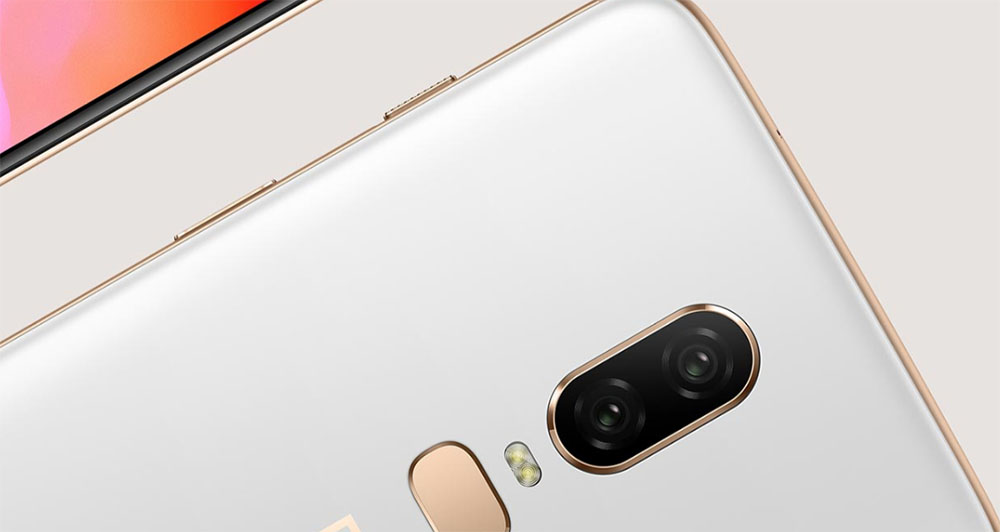 However, similar to the Galaxy S9 and Galaxy S9 Plus heating up while recording 4K footage at 60FPS, we do not know if both these smartphones will suffer from the same thermals issues. The Xiaomi Mi 8 has a dual 12MP camera system at back with specifications include a F/1.8 aperture, with 1/2.55-inch sensor size, 1.4µm pixel size, 4-axis OIS, and dual-pixel PDAF. The secondary 12MP camera comes with a F/2.4 aperture, 1/3.4-inch sensor size, and 1.0µm individual pixel size.

What the OnePlus 6 does not feature is 2x optical zoom, which the Mi 8 gets. The latter also has a 20MP camera that can record 1080p videos at 30 frames per second and has an aperture of F/2.0. AI is controlled by software and will automatically adjust the scenes from both camera ends on the Mi 8 to determine the best image and video result, but it is a feature that is not present on the OnePlus 6. The OnePlus 6 has a 16MP + 20MP configuration with a wider F/1.7 aperture for both lenses plus a bigger sensor and pixel size. 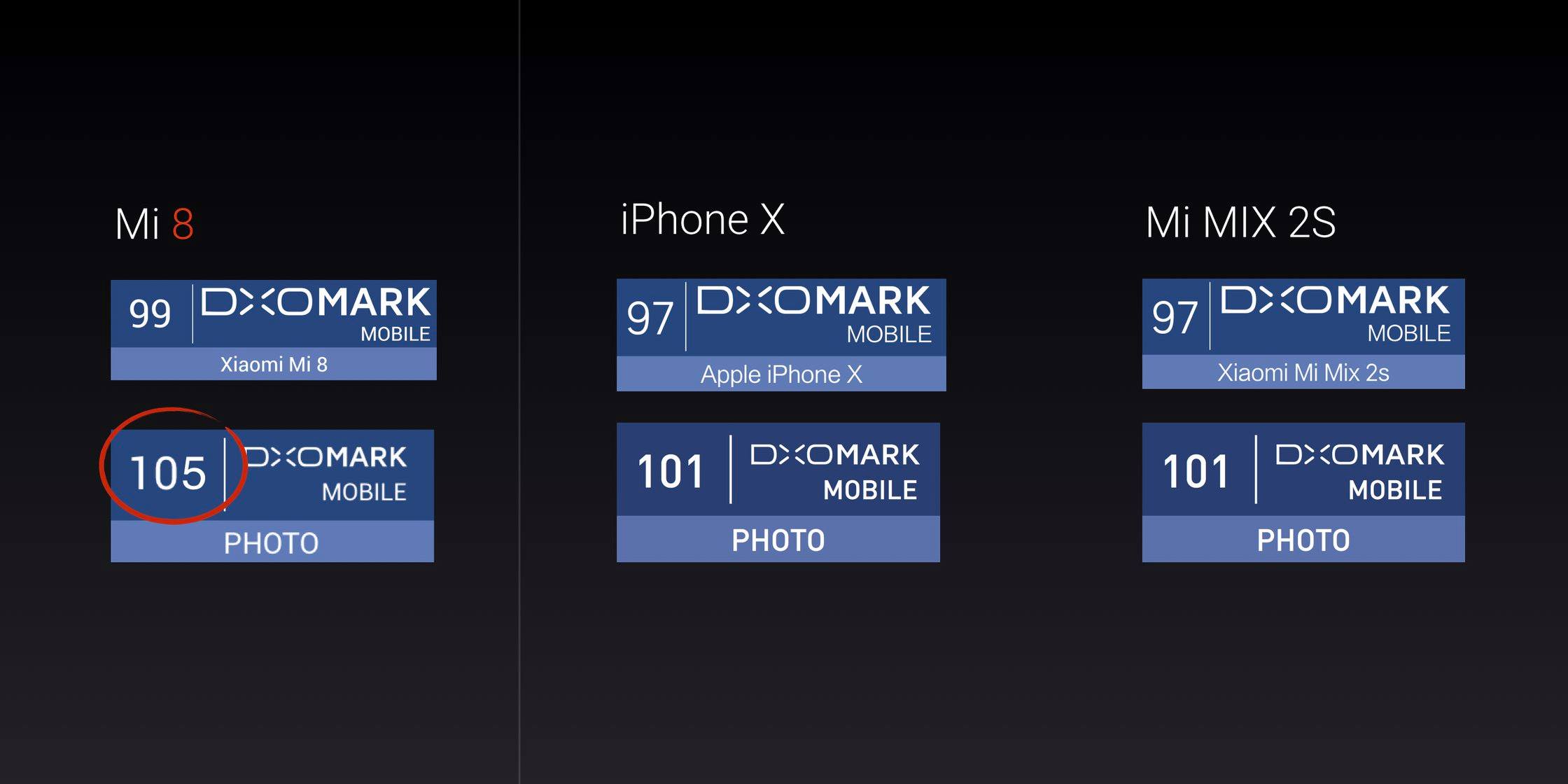 This means that the camera on the OnePlus 6 should theoretically be able to capture more light, leading to better quality images and video in low-light conditions, but that is just our assumption and your results may vary. Things like EIS and OIS are also present in the primary camera with slow-motion video recording supported by both smartphones.

Both smartphones have more or less the same battery capacities. The Xiaomi Mi 8 comes with a 3,400mAh cell and gets support of Qualcomm’s Quick Charge 4.0+ technology while the OnePlus 6 has a 3,300mAh battery and supports Dash Charge tech, which can supply up to 20 watts of power to rapidly charge the capacity. Thanks to featuring similar display technologies, resolutions and battery capacities, you will more or less experience the same screen-on time when using either one of the phones, but that will depend on your usage in the end.

Ever wondered why the notch on the Xiaomi Mi 8 is wider than the one on the OnePlus 6? It is because it has a 3D facial recognition system that is similar to the Face ID feature of the iPhone X. It utilizes an infrared light and infrared lens to make a 3D map of your face for accurate and fast unlocking of the smartphone. 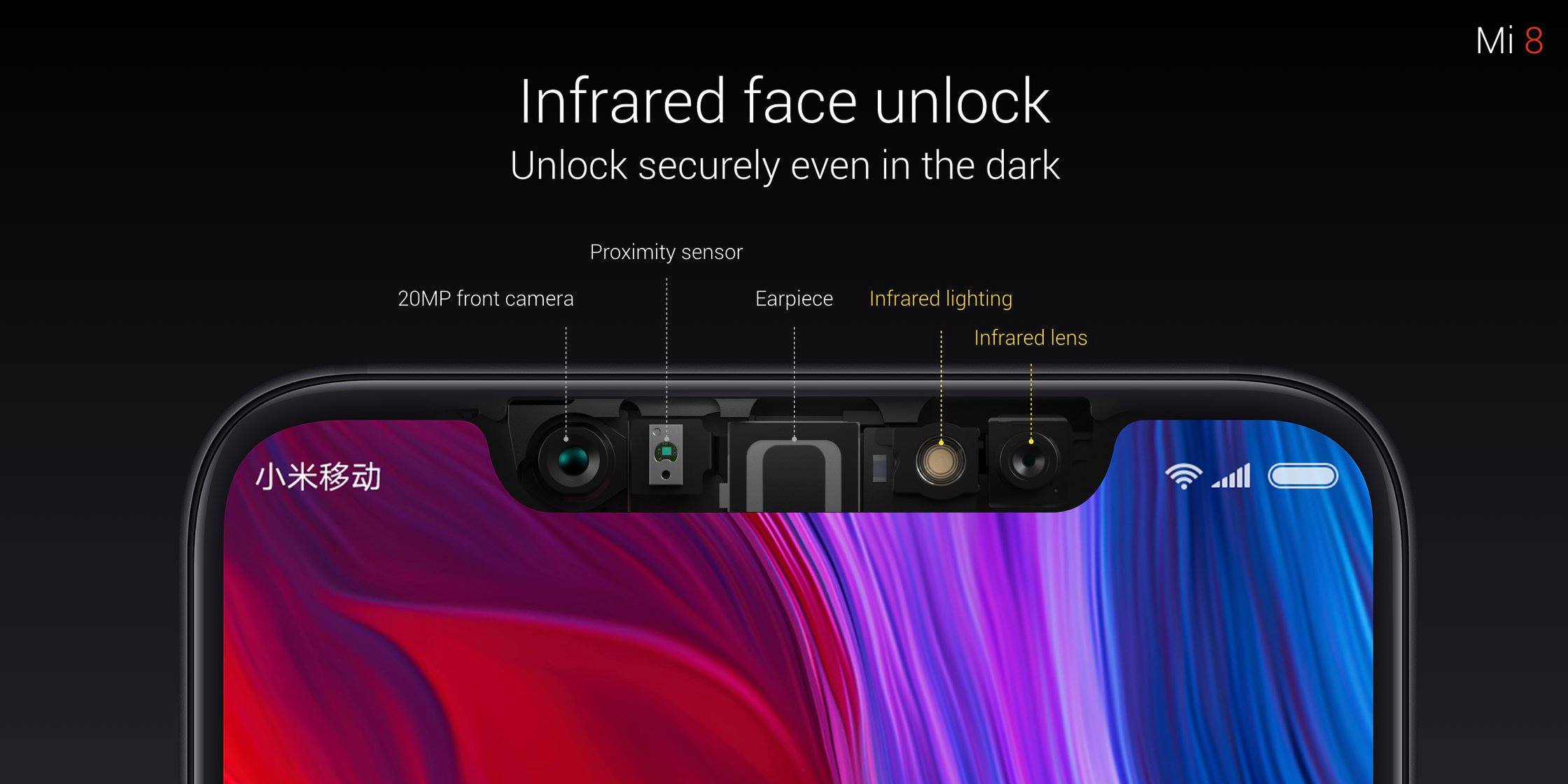 Unfortunately, the OnePlus 6 relies on Face Unlock, which is dependant on the front camera and software, but the notch does not house any advanced 3D facial recognition components. 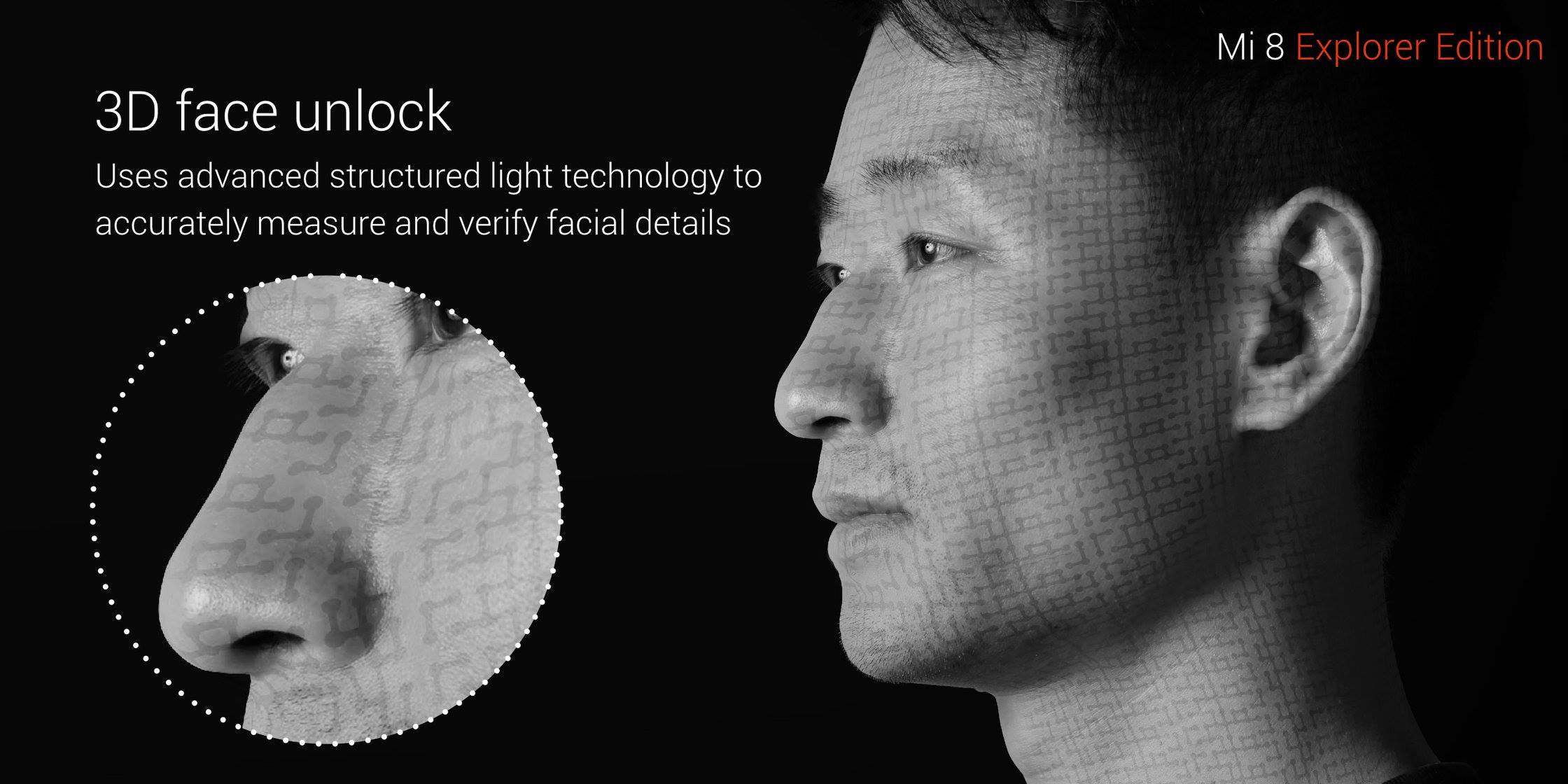 This would explain why it was extremely easy for someone to bypass the lock screen of the OnePlus 6 without requiring sufficient amounts of effort. If you want to unlock both smartphones in the more traditional manner, you always have the trusty rear-mounted fingerprint readers.

Software is an area where OnePlus has pushed a portion of its life force into and make it as seamless as possible without cluttering the UI with a boatload of customization options that the user will never need in the first.

OnePlus 6 is running OxygenOS while Mi 8 will be running MIUI 10. OxygenOS can be thought of as a slightly tweaked version of stock Android because it is extremely fluid (my own experience with it was nothing short of phenomenal), snappy, and it offers a whole bunch of customization options without the interface getting in the way of what you’re doing on the handset. 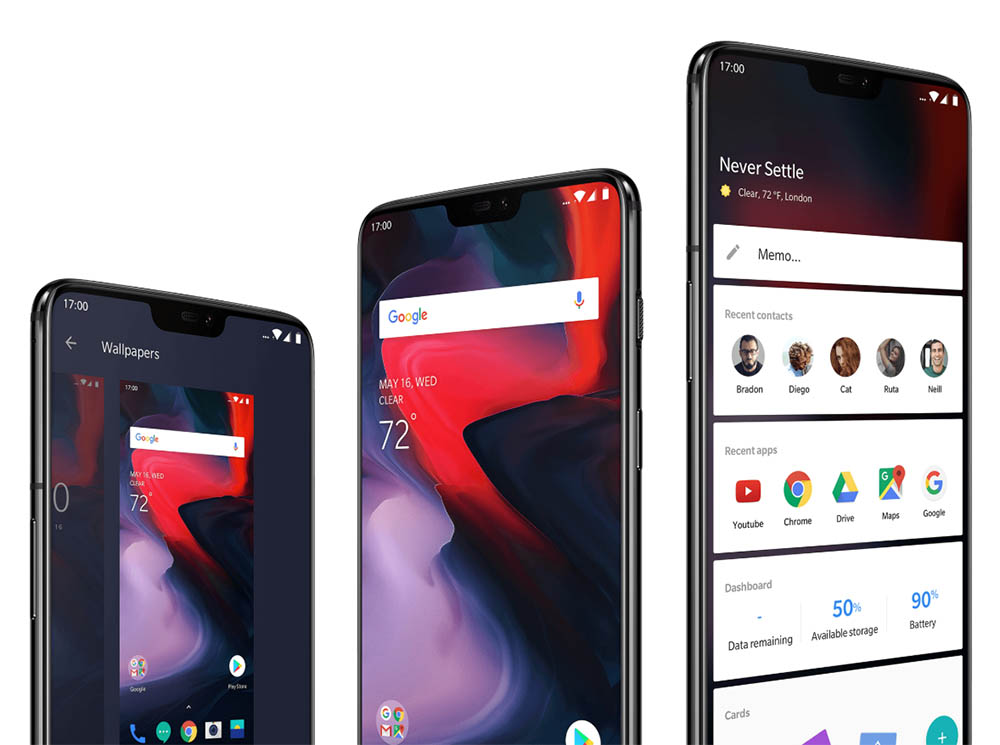 In comparison, the Mi 8 will be running MIUI 10, which Xiaomi claims will thoroughly improve the performance, reliability and overall software experience for the end user. However, I strongly believe that OxygenOS is the far superior interface and the company will continue to release timely software updates and security patches to make sure that users are not left high and dry.

As a Snapdragon 845 flagship, the Xiaomi Mi 8 is the more affordable solution because its starting price is just $411 for the 6GB RAM and 64GB storage, which is the base model. This would also explain why the flagship managed to sell out in just 37 seconds. The base model of the OnePlus 6 starts from $529 in the U.S. and comes with 6GB of RAM and 64GB of internal memory.

There are better specification flavors present at the OnePlus website, but they will certainly cost you a lot more. In short, the Xiaomi Mi 8 offers more value for money if you are going to be comparing the specifications on paper, but the OnePlus 6 does provide you with more RAM and memory configurations if you have the cash for it.

To be honest, while both phones offer the best of both worlds in performance and affordability, they are far from perfect. A few examples are that the Xiaomi Mi 8 does not feature an 8GB RAM model, while the OnePlus 6 is offered with such a variant, but it does not support wireless charging despite having a rear glass structure. At the same time, the Mi 8 might support wireless charging, but it foregoes the headphone jack, which the OnePlus 6 has retained. Then obviously comes the affordability variable, which the Xiaomi Mi 8 has already won by a mile.

My pick at this stage would be the Mi 8 thanks to its affordability-to-features ratio. It might not come with a headphone or an 8GB RAM model, but that is going to be the least of my worries, while a different consumer will judge both smartphones very differently and therefore have different priorities in their heads. In the end, it is going about personal choices. Which handset would you go for as your affordable Snapdragon 845-powered daily driver and why? Tell us down in the comments.