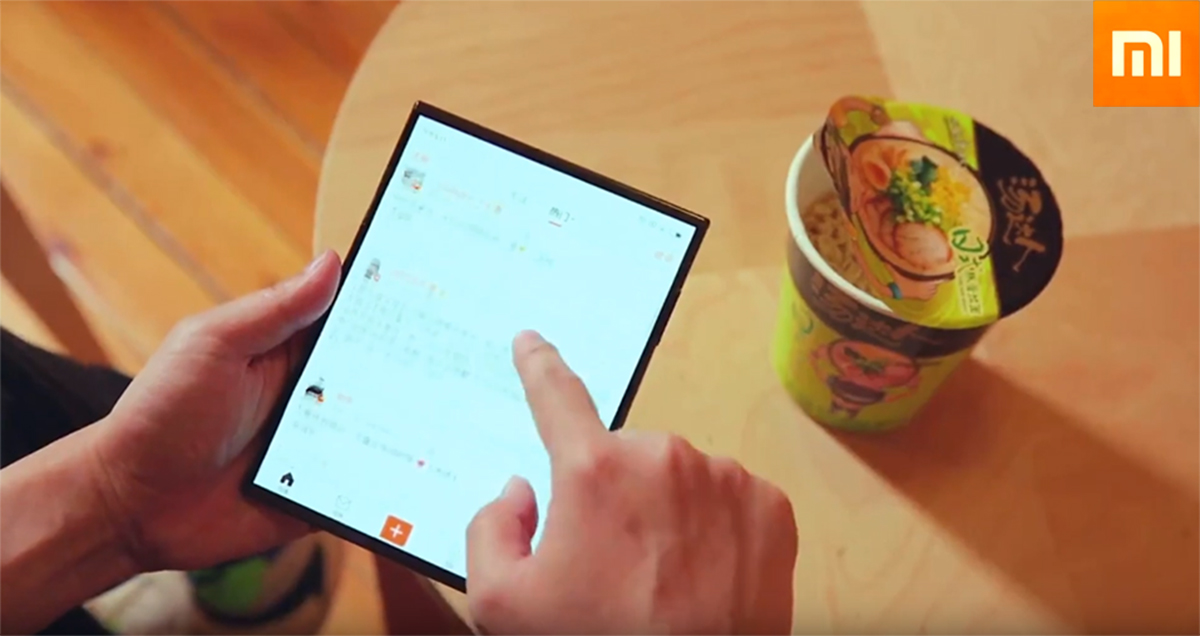 While Xiaomi might not release its foldable smartphone anytime soon, it seems the company loves to show off the prototype device every now and then on the internet. A new video with the device titled ‘Mi Fold’ has now appeared online and by the looks of it, the phone looks pretty impressive.

The video shows the phone being used in the tablet mode at first, with the person handling the device using something that seems like a back gesture to go back to the home screen. Furthermore, the video also demonstrates how quickly the dual folding device goes from the tablet mode to phone mode. By the looks of it, the UI adapts pretty quickly according to the changing form factor, and it also suggests the device will have impressive hardware to keep up with the software.

The video officially comes from Xiaomi’s Weibo account, suggesting that a commercial product will be launched soon. However, when it comes to the price, the Chinese manufacturer will want to keep it as affordable as possible. If the company wants to commit to its low-margin business model, we a considerable price drop from the ridiculous tags that Samsung and Huawei have stamped on their foldable smartphones. However, it isn’t crazy to believe that Xiaomi would charge $999 for the ‘Mi Fold’.

The company would also reportedly use OLED panels from Visionox Technology, perhaps in a bid to cut corners. Xiaomi’s foldable device would reportedly be a flagship phone, possibly featuring a Snapdragon 855 SoC and 10GB of RAM. The company allegedly has all the required technology to release its foldable phone right now but it seemingly wants to see how the market responds to the first generation of foldable devices before diving in.

We can expect the Mi Fold to make a debut in the second quarter of 2019. We believe it to launch in China before making its way to global markets. Hopefully, Xiaomi launching its first foldable smartphone will cause quite a stir on its home turf.