All Done with Better Cameras, Bigger Screens, Thinner Bezels? Tech Giants Bet on Folding Phones as the Next Big Thing 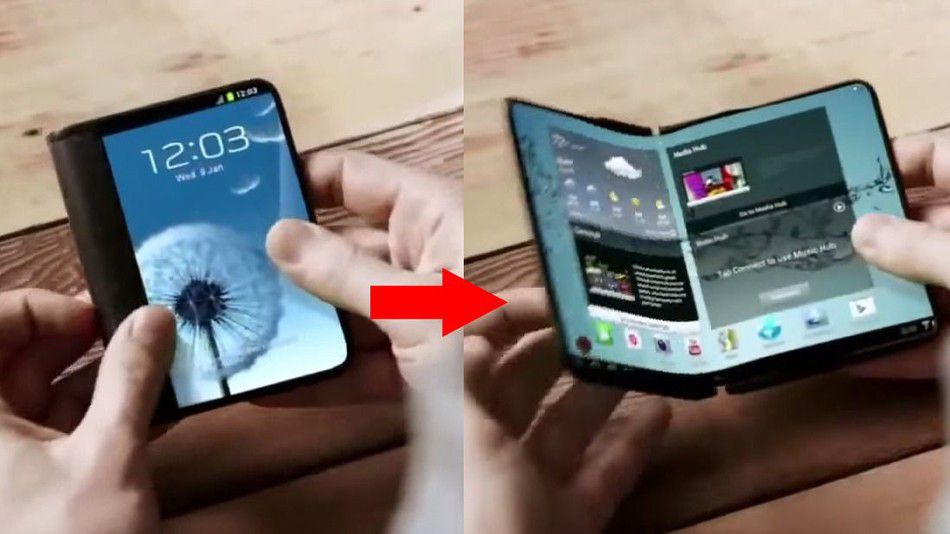 Samsung's concept of a foldable phone

Microsoft is yet to win the smartphone market, however, if the rumors and patents are any hint, the company might just come up with something truly futuristic. Several patents have revealed that the company is working on a foldable Surface Phone aka Andromeda device. As we reported earlier in the day, the patent reveals a free-stop hinge mechanism that enables 360-degree rotation of the dual displays of the Surface Phone. But, is this idea realistic or just a gimmick?

While we have previously reported on patents revealing this potential Microsoft Surface Phone idea, the company today also explained why the tech giant believes dual-display foldable phones are the future of the smartphone market.

Along with these enhanced capabilities has come a demand for larger displays to provide a richer user experience. Mobile phone displays have increased in size to the point where they can now consume almost the entire viewing surface of a phone. To increase the size of displays any further would require an increase in the size of the phones themselves. This is not desirable, as users want their mobile phone to fit comfortably in their hand or in a shirt or pants pocket.

As a result, dual-display devices are becoming more popular. With a dual-display device, the mobile phone or tablet can include an open, expanded position where both displays are flush so that the user feels like there is a single integrated display. In a closed, condensed position, both displays are face-to-face so as to protect the displays. In a fully-open position, the dual displays can sit back-to-back so the user needs to flip the device to view the opposing display.

It sounds like a cool idea, but not something we haven't already seen. Less than two months back ZTE started selling its folding smartphone - the Axon M. Samsung has also been investing its efforts on foldable phones, with reports suggesting the company could release it as soon as next year. Then earlier this year, we saw rumors suggesting that Apple is working with LG on a secret project that could potentially be around folding iPhones that could be released by 2020.

But these reports have been coming since at least 2011, and it could probably take a little more time before tech giants adopt this idea, polish it, and make such a phone less bulky and bezel-full, more useful, and somewhat similar to a form factor we have become so used to. However, it is clear that folding smartphones are no longer being taken as a gimmick as we can certainly see these becoming mainstream, especially looking at how even the conservative companies like Apple have been pushing for increased display sizes in the past few years.

Since bezels have become almost unacceptable and there is no space left for companies to add more screen size, folding, dual-display design appears to be where several tech companies are investing their money on.

Would you be an early adopter of a folding smartphone or you'd rather wait before this concept is offered by popular phone makers like Apple or Samsung? Don't forget to share what you think about this being our smartphone-future.