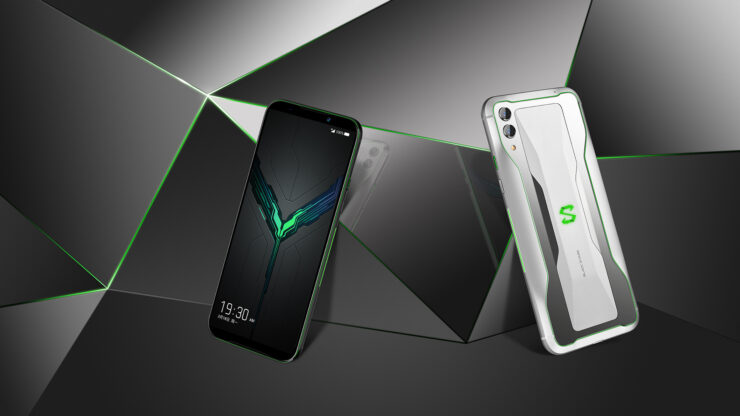 Xiaomi recently took to Weibo to tease its upcoming Black Shark 2 Pro and confirmed that the device is coming on July 30. The phone’s predecessor, the Black Shark 2 was released back in July and since it was underpinned by the Snapdragon 855 SoC, it is likely that the new phone will be fueled by the recently announced Snapdragon 855 Plus.

Now, according to a leaked benchmarking score courtesy of Geekbench, the Black Shark 2 Pro will most likely be powered by Qualcomm’s latest greatest SoC and is expected to take on ASUS’ upcoming ROG Phone 2, whose scores were also leaked on the same benchmarking platform.

According to the benchmark listing, the Black Shark 2 Pro (model number DLT-A0) achieved a single-core score of 3,632 and a multi-core score of 11,304, while also touting a whopping 12GB of RAM.

According to previous results, the upcoming gaming smartphone is slightly faster than the Black Shark 2, which obtained single-core and multi-core scores of 3,462 and 1,0765, respectively. Given that the Snapdragon 855 Plus has an overclocked Prime core, we can attribute to the increase in the single-core score to better management of single-threaded workloads.

Even though benchmark scores are easy to manipulate, the difference in both the SoC’s performance is likely believable, considering that there’s not a monumental difference between the Snapdragon 855 and the Snapdragon 855 Plus. Also, if you’re still skeptical, then the official launch is less than two weeks away, so we’ll know for sure how the upcoming gaming performs. 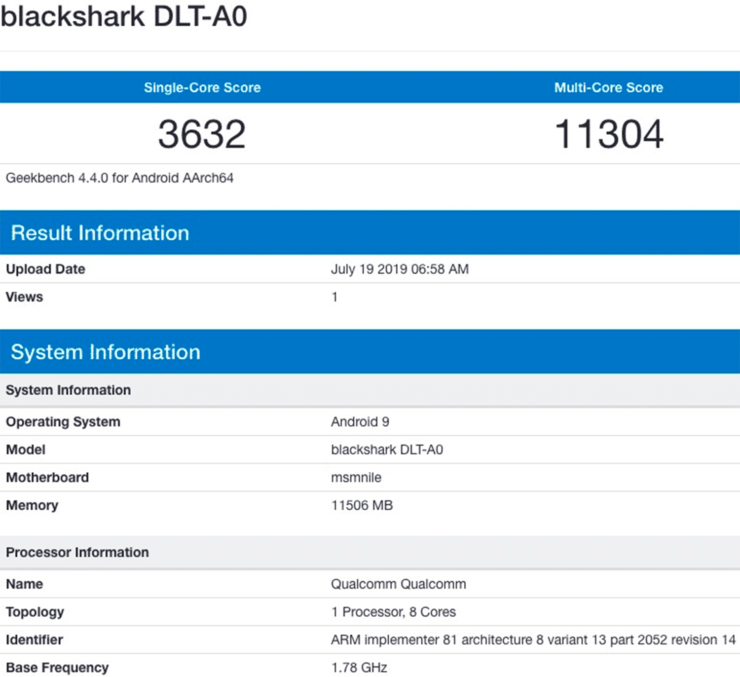 Apart from the faster Prime core, the Snapdragon 855 Plus also has a 15 percent faster GPU, which can improve the gaming performance of the Black Shark 2 Pro considerably. It remains to be seen what other changes the new Black Shark iteration will bring other than a higher bin variant of the Snapdragon 855.

Before the Black Shark 2 Pro goes official, ASUS is also going to announce the Snapdragon 855 Plus-fueled ROG Phone 2 on very soon. The similarities in single-core and multi-core performances mean that these two are going to be the big guns of the gaming smartphone category, and we can’t wait to highlight other differences between the two devices.

Until then, you should stay tuned for more updates.