At least, that’s what website Windowscentral reports based on trusted sources. Microsoft’s upcoming Scorpio Project was introduced as a console capable of rendering in native 4K without having to make compromises on performance. The enhanced Xbox One is said to be the most powerful ever created, but how will the upgraded hardware benefit the largest portion of console gamers – those using 1080p screens? Although 4K displays are becoming more mainstream, the majority of gamers are still using full HD setups and Microsoft has great interest to appeal to those who haven’t upgraded to 4K just yet. 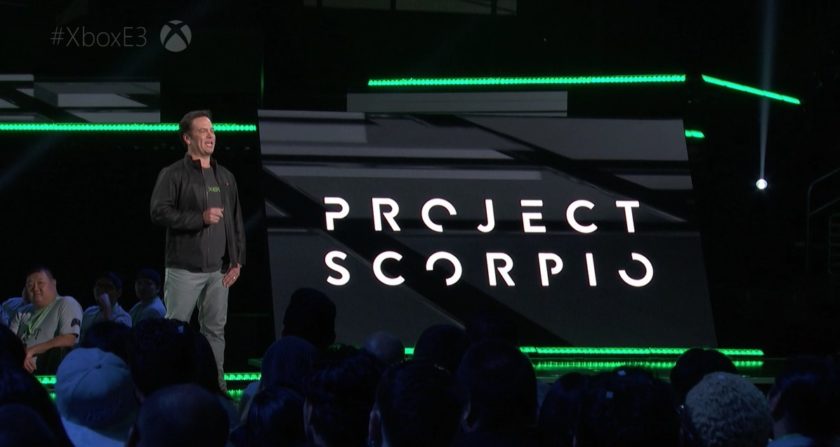 So how will the Xbox Scorpio benefit 1080p users? Windowscentral writes that the console will offer ‘supersampling spatial anti-aliasing’ on full HD displays for games that include native 4K assets.” There are many games on Xbox One that sacrifice anti-aliasing quality for performance in other areas, resulting in models with jagged edges. Anti-aliasing gives objects the appearance of smoother edges, at the cost of system resources”, Windowscentral writes.

Secondly, Project Scorpio will include Microsoft’s Shader Model 6 and shader compiler improvements, features that Microsoft talked about during last year’s GDC, and that are aimed to improve the efficiency of the API. These features aren’t exclusive to the Scorpio, but will be made available for the Xbox One as well.

Although not entirely surprising, the Xbox Scorpio will also release with a 4K Blu-Ray player just like the Xbox One S. The player is said to be powered by HDMI 2.0a with Wide Color Gamut and HDR.

Microsoft announced the enhanced Xbox console during its E3 presser last year, and it’s highly likely that the company will use its upcoming E3 press conference to full detail the Xbox Scorpio, which is slated for a release later this year.

What are your thoughts on Microsoft’s upcoming Scorpio Project? Hit the comments down below.