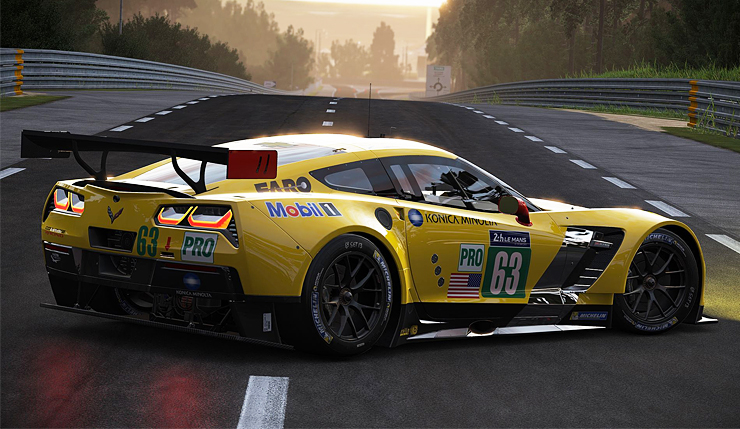 Microsoft has revealed their Games With Gold lineup for April, which includes your standard two Xbox One games and two Xbox/Xbox 360 games. Of course, the older games can be played on Xbox One via backward compatibility. Next month’s selection includes super-detailed racing sim Project Cars 2, the digital table-top game Knights of Pen and Paper, classic RPG bundle Fable Anniversary, and the itty-bitty racer Toybox Turbos. 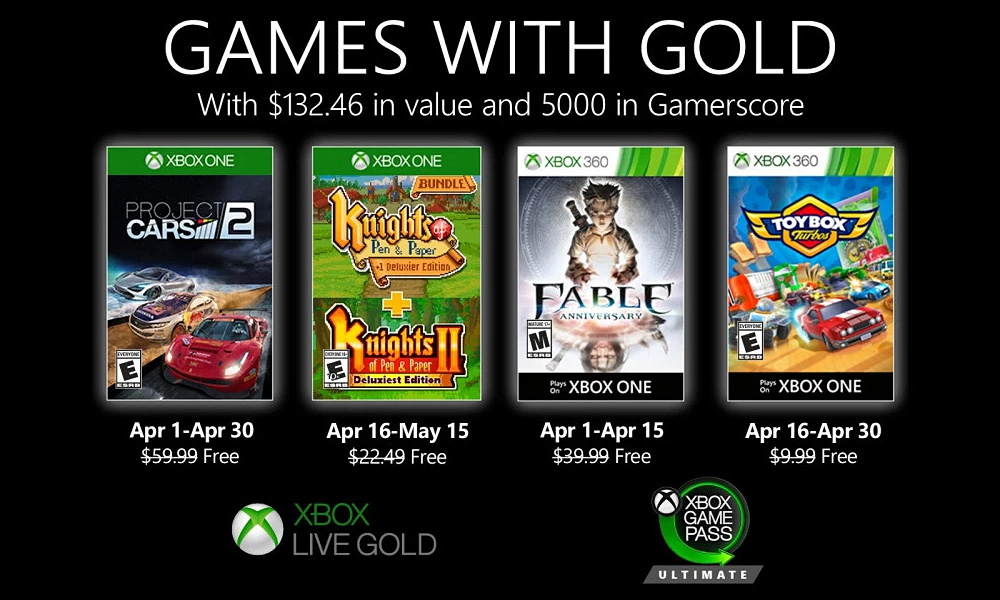 Over 180 elite vehicles are available for your choosing to compete on a variety of track surfaces including ice, dirt, and mud. Featuring dynamic weather physics on 140 tracks, true-to-life handling, and multiple game modes, the ultimate driver journey begins at the wave of the checkered flag.

Knights of Pen and Paper Bundle

In this collection of the award-winning game and its sequel, inhabit a world of chivalry, class warfare, and semi-appropriate cultural references — while complaining loudly to the Game Master. It’s all the fun of pen and paper RPGs and none of the lost dice!

All new textures, models, and lighting were used to retell the story of the pioneering game where every character choice has a direct consequence. This is the definitive Fable experience for faithful fans and new players alike.

Collect and customize 35 vehicles on 18 crazy tracks in a game that reboots the classic table top racing experience. With six gaming modes available and amazing power-ups, it’s the perfect family game for those competitive “just one more” sessions.

Fable Anniversary will be available from April 1 to 15, Knights and Toybox Turbos will be available on April 16, and Project Cars can be downloaded all month long. As always, once you download a Games With Gold title, you’ll have permanent access to it, so long as you still have an active Xbox Live Gold membership.

Kind of a so-so month, but Project Cars 2 is worth your time if you’re into serious racers, the Fable games are fun, if a bit dated, and the Knights of Pen & Paper have been well reviewed. What do you think? Which of this month’s Games With Gold strike your fancy?