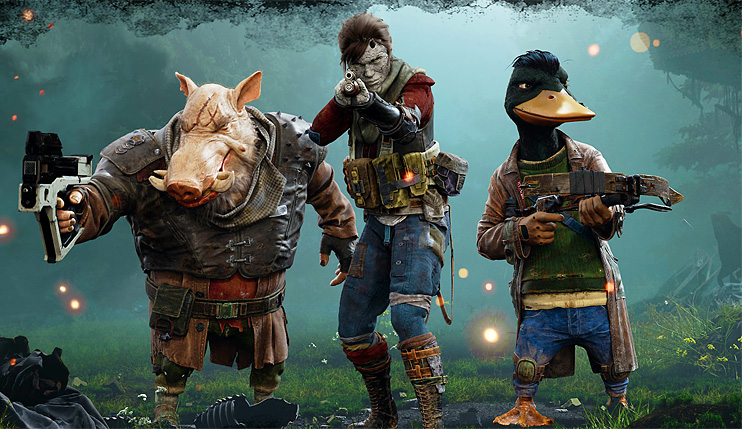 There’s a lot of goodness coming to Xbox Game Pass over the next few months. At their recent X018 event Microsoft announced 16 games, including PUBG and Hellblade: Senua’s Sacrifice, for the service, and now they’ve revealed what games they’ll be adding in December. Next month Game Pass subscribers can tackle the new-release cartoon animal tactics game Mutant Year Zero: Road to Eden, the pulpy co-op shooter Strange Brigade, and the stylish puzzle-platformer The Gardens Between. You can check out a reveal trailer for Mutant Year Zero’s latest character, Farrow the fox, below.

The Gardens Between (November 29)

Follow two best friends Arina and Frendt who fall into a surreal world full of dreamlike garden islands. Together they’ll embark on a nostalgic journey through a world built around objects from their childhood, lighting constellations and illuminating threads from a time when friendship was the most important thing in the world. Manipulate time to solve puzzles and traverse each precious memory to reach the summit of each island in this single-player puzzle adventure.

A tactical adventure game with turn-based combat and real-time exploration of a post-apocalyptic world, Mutant Year Zero: Road to Eden puts you in command of a unique squad of mutant soldiers as you scavenge through the remains of civilization to survive. From the creators of Hitman and PayDay, experience a mix of story, exploration, stealth, and strategy in the brutal environment of a decimated planet Earth as your band of heroes embark on a quest to discover the legend of Eden.

Join an elite agency of extraordinary adventurers and investigate the darkest corners of Egypt, where mythological menaces manifest! Strange Brigade offers a rip-roaring, 1930s-style campaign full of peril, intrigue, and good old derring-do for one to four players as you tackle an army of mummified monsters! Solve mind-bending puzzles, defy dastardly traps, unearth incredible treasure in a mysterious, ancient landscape and use the most marvelous firearms known to man in thrilling third-person combat to defeat the witch queen Seteki and send her petrifying minions back to the afterlife.

What Xbox Game Pass titles will you be tackling next month? Mutant Year Zero definitely looks promising, and I can tell you that the charming The Gardens Between is definitely worth your time.