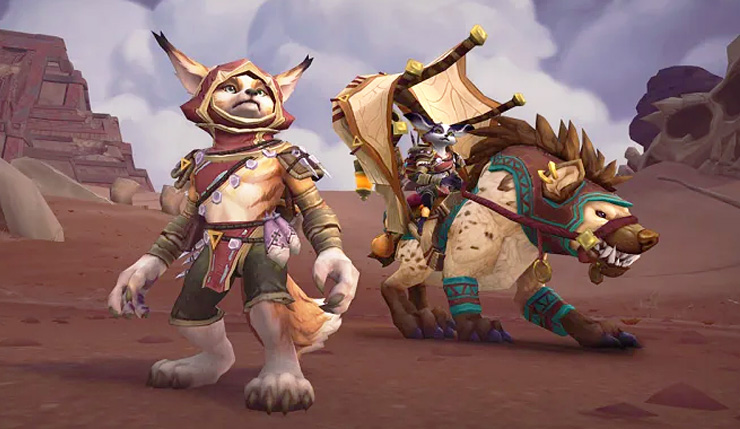 The final big (ver 8.3) content update for World of Warcraft: Battle for Azeroth has nailed down a solid release date. Originally announced a couple months ago, Visions of N’Zoth focuses on the return of the Old God and includes all the stuff you’d expect from a major update, including a new raid, world, and the usual smattering of improvements. For those who haven’t been keeping up, here’s a quick description of what’s going on in Visions of N’Zoth:

Ny’alotha, the Sleeping City, has awakened. Under N’Zoth’s command, the armies of the Black Empire threaten to engulf the world and reshape it according to their master’s vision. Only one hope remains: using the repaired titan forges to eradicate the Corruptor once and for all. But, in order to target N’Zoth with the forges’ power, the champions of Azeroth must venture deep into the horrific realm for one final confrontation against the Old God.

Here’s the unlock schedule for the Waking City, the new raid coming as part of the N’Zoth update:

Delve into where nightmares dwell in Ny’alotha, the Waking City, a 12-boss raid set in the Void-shrouded heart of the ancient Black Empire. Confront mad heralds and inscrutable horrors, and ultimately go eye-to-eyes with N’Zoth himself in a fateful battle for Azeroth’s survival.