World War Z has been a solid success for developer Saber Interactive, enough so that they’re now working on another season of post-launch content. Much like the first round of free DLC, Season 2 will include additional missions in existing locations, a new zombie type, mode, and more! Oh, and as a bonus, the game's core PvE missions will also be getting full crossplay support. Nice! You can check out the full Season 2 roadmap below (click on the image for full resolution). 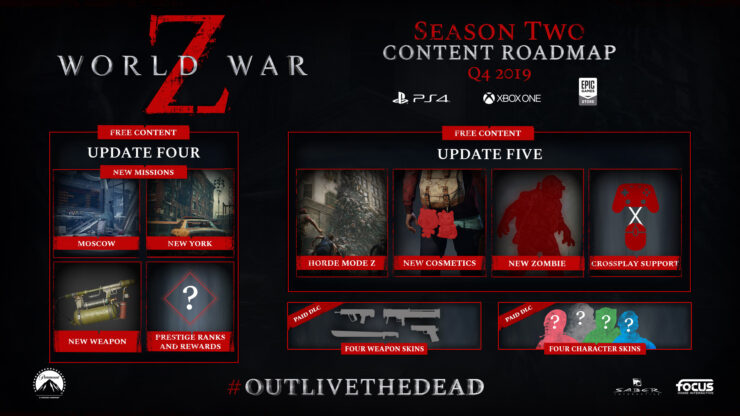 Saber Interactive shares a first look at the roadmap for the second season of free content coming to World War Z, the best-selling action-packed co-op shooter inspired by Paramount Pictures’ blockbuster film. Fans can expect a huge variety of new goodies in the coming months, including:

Haven’t tried out World War Z yet? You should really consider giving the game a shot, as I found it to be an entertaining, if occasionally rough, co-op shoot ‘em up in my full review…

World War Z is available now on PC, Xbox One, and PS4. Season 2 is set to kick off later this year.