With a little over two hours left until Apple's launch event at Flint Center, more iPhone 6 pictures have surfaced. The pictures show the device up and running what appears to be iOS 8. Such images and videos have been making rounds on the internet lately, with the majority of them originating from China.

Just yesterday we saw a video which claimed to compare the iPhone 6 to it's predecessor, the iPhone 5S. Owing to the poor quality of the video we couldn't say conclusively whether the device shown was a mockup or an actual device.

While overall performance of the model shown was fluid, something which the copies and knock offs fail to achieve, skepticism remained over the reviewer's credibility. The further release of alleged iPhone 6 benchmarks by the same individual adds more confusion, since they seem to disagree with what we have seen so far about the device. 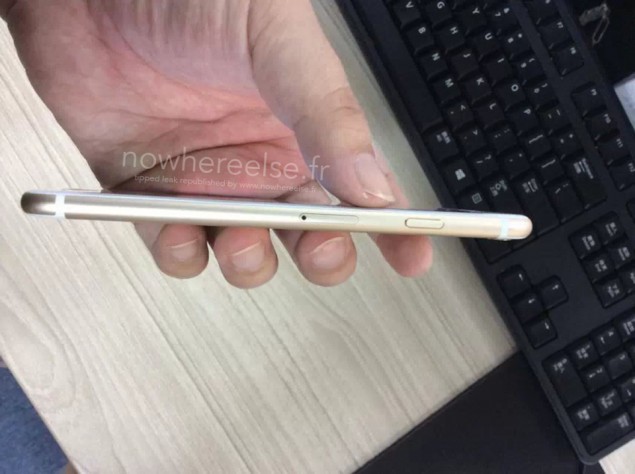 Protruding Camera Appears To Be A Reality In The iPhone 6 As New Purported Pictures Surface Of The Device.

Courtesy of NWE, the pictures show a working model of the iPhone 6 in gold. Similar to earlier photos which have surfaced, the device look's remarkably thin and features several design changes. These include more rounded off edges and changed positions for buttons.

It should be kept in mind that regardless of how authentic the devices shown in these pictures appear to be, there is no certain way of proving their authenticity. In fact, in one of the photos, the apps on the home screen of the device appear to be in Chinese. But not all of them though. Games Center, iTunes Store, App Store and iBooks seem to require a translation in English.

So take the images below with a grain of salt folks, and wait for two more hours.