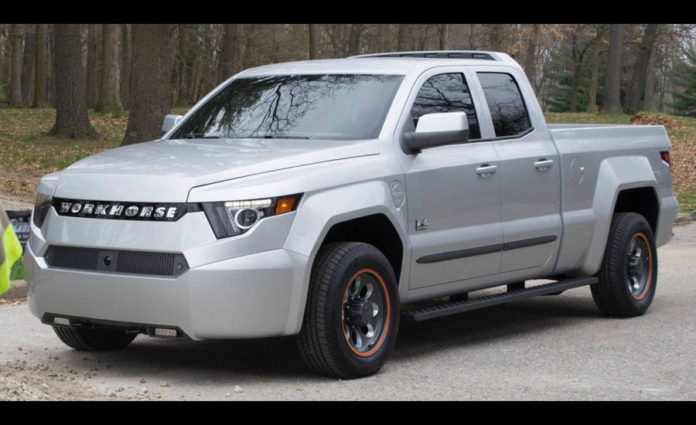 Workhorse Group (NASDAQ:WKHS), the Ohio-based EV manufacturer, has been on a perennial ramp upwards over the past couple of weeks amid a general euphoria surrounding electric vehicles. Based on the current pre-market price action, the stock is up a whopping 512.93 percent since the 1st of June!

Today, Workhorse shares have received a fresh impetus as Lordstown Motors entered into a definitive merger agreement with DiamondPeak Holdings Corp. (NASDAQ:DPHC) – a Special Purpose Acquisition Company (SPAC). The merger will result in Lordstown becoming a wholly-owned subsidiary of DiamondPeak, with the combined entity expected to list on the stock exchange under the symbol RIDE following the closure of the deal. As a refresher, a SPAC is formed for the sole purpose of raising capital through an IPO and then to channel these IPO proceeds into acquiring an existing company.

So, why is Workhorse soaring on the disclosure of this development? Well, Workhorse owns a 10 percent stake in Lordstown, thereby, providing significant upside potential for the Ohio-based EV manufacturer. The deal bestows a $1.6 billion valuation on Lordstown, bringing the worth of Workhorse’s stake to $160 million. Bear in mind that Lordstown will utilize $675 million in proceeds from the deal to fund the production of its Endurance model, an electric pickup truck that is expected to launch in 2021.

The deal poses ramifications not just for Workhorse. It also steps onto the Nikola Badger’s turf, expected to launch by 2022. Of course, Nikola’s distinctive feature is the ability of its products to utilize batteries as well as hydrogen fuel cells to drive the powertrain. Quintessentially, the concept merges a pure Battery Electric Vehicle (BEV) and a Fuel Cell Electric Vehicle (FCEV). This, of course, offers huge advantages such as faster refueling, less weight due to the need to carry a lesser quantum of batteries, and longer range. In fact, Nikola has claimed that the Badger electric pickup truck will offer a range of 600 miles by combining the two power modes.

As stated earlier, Workhorse is benefiting from today’s announcement. As an illustration, the stock is up over 7 percent today, currently trading at $16.72 as of 09:41 a.m. ET. This comes on the heel of a string of positive announcements lately. For instance, on the 28th of July, the company announced that its C-Series all-electric delivery trucks have been deemed eligible for the Hybrid and Zero-Emission Truck and Bus Voucher Incentive Project program by the California Air Resources Board (CARB). Commenting on the implications of this designation, Workhorse CEO Duane Hughes noted:

"Our eligibility for the HVIP program is expected to help dramatically reduce purchasing costs for California-based potential customers when additional funding becomes available, which is expected in the fall of this year."

Similarly, on the 23rd of July, Workhorse announced that it landed an initial purchase order of 20 all-electric C-1000 delivery vehicles from trucking company eTrucks, thereby, allowing the company to expand its order book and sales reach. With today’s announcement, Workhorse investors have received a fresh bout of optimism following a hiatus in the rally over the last few days.