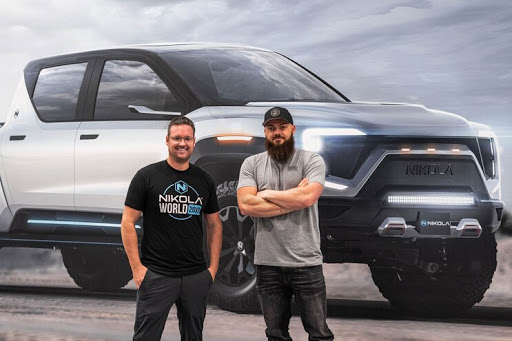 The official twitter handle of Trevor Milton, the CEO of Nikola Motors, posted the following tweet just moments ago:

Breaking: Get your calendars ready and time off. #nikolaworld2020 happens December 3rd and 4th in Phoenix, AZ where the Badger will be unveiled for the first time! Want to come? Make sure you're first in line to place a paid reservation on June 29th for the #nikolabadger 11am ET

Earlier this week, Nikola unveiled three reservation packages pertaining to the Badger electric truck. The packages start from $250 and go all the way up to $5,000, offering free balloting entries for the Badger giveaway, discounts on the MSRP of the company’s offerings, and tickets to the Nikola World 2020.

Of course, today’s announcement could not have come at a better time for Nikola bulls. The company became embroiled in a controversy on the 17th of June when Bloomberg published a damning report related to an event about 3 and a half years back. As per Bloomberg’s reporter Edward Ludlow, the CEO of Nikola Motors – Trevor Milton – had claimed during the event that Nikola One, a class 8 electric truck, was drivable at the time even though the reporter’s conversations with people familiar with the truck’s capability revealed that to be untrue given that the truck was missing key components. After the publication of the Bloomberg report, Milton took to twitter and called Ludlow’s claims a fabrication, asserting that Nikola would "take all steps" to enforce its rights and protect its good name and the reputation of its founder:

This just got sent to Bloomberg by our legal team. I wont stand for lies from Journalists when they knowingly deceive to harm others - It hurts all journalists. Wait until the full recorded interview comes out and it will expose Ed Ludlow for who he is. pic.twitter.com/2bbyH84AEc

Bloomberg’s reporting on this matter goes to the very heart of Nikola’s ambitions. While the company portrays itself as a force that would revolutionize the entire industry, its detractors point to the fact that it will not generate even $1 in sales until late 2021. Even then, it is as yet uncertain whether the requisite infrastructure will be in place for the formal commencement of operations. Should Bloomberg’s claims be found true, it would indicate that the company has a habit of hyping up its products but falling short on delivery. It is, therefore, hardly surprising that the Nikola stock is now becoming a magnet for short-sellers. As an illustration, S3 Research revealed on the 15th of June:

“NKLA is already the 6th largest short in the domestic Auto Manufacturing Sector with $526 million of short interest, 5.26% of its float.”

Nonetheless, given today’s encouraging announcement, Nikola shares are rallying. As of 09:24 a.m. ET, the shares are up 1.57 percent in today’s session. This follows a gain of 5.72 percent that the company recorded on Thursday. Year to date, Nikola has recorded gains of 556 percent.

Bear in mind that Nikola crossed another milestone on Wednesday when Cowen Inc. initiated its coverage of the stock. While not a necessity, the initiation of coverage by analysts is viewed by many veteran investors as a sign of increased prominence and relevance. Jeffrey Osborne, an analyst at Cowen, initiated Nikola’s coverage on the 17th of June with an ‘Outperform’ rating and a $79 stock price target.

Nikola’s share price had plunged earlier this week when it disclosed via a prospectus, filed during the after-hours trading session on Monday, that it may issue 23.89 million additional common shares upon the exercise of pertinent warrants. Moreover, as per the filing, 53.39 million common shares along with 890,000 private warrants may be sold by “selling security holders” at appropriate intervals. The announcement revived fears of an onslaught of insider selling, prompting a decline in the stock price.