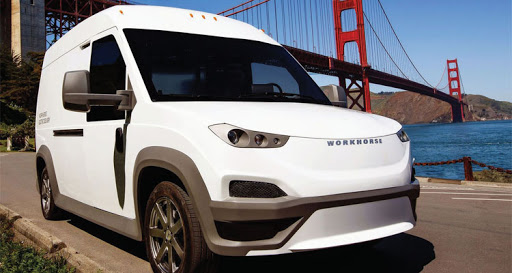 Workhorse (NASDAQ:WKHS), the manufacturer of EVs and utility vehicles, continues to win laurels as a result of its perspicacious 10 percent stake in Lordstown Motors. Now, this bullish sentiment is only growing stronger in the wake of Lordstown’s successful Analyst Day event.

The Form DEFA14A, filed by DiamondPeak Holdings Corp. (NASDAQ:DPHC) with the U.S. SEC today, contains the investor presentation that was used by DiamondPeak and Lordstown Motors jointly in the Analyst Day event yesterday. Bear in mind that DiamondPeak, a Special Purpose Acquisition Company (SPAC), and Lordstown are slated to undergo a merger soon, with the combined entity expected to list on the stock exchange under the symbol RIDE following the closure of the deal. The investor presentation was apparently convincing enough to win Lordstown, and by extension Workhorse, a resounding endorsement from Roth Capital. The slides below contain key highlights from that investor presentation:

As per the details, Roth Capital analyst Craig Irwin raised the stock price target for Workhorse from $27 to $33 and retained an overall ‘Buy’ rating for the stock. According to Irwin, Lordstown's team "shared a compelling business plan that we believe supports credibility for the commercial outlook". Crucially, however, Irwin believes that Workhorse will be a “direct beneficiary” of Lordstown’s success. For the analyst, positives include the lower price of the Endurance electric pickup truck and the operational readiness of the manufacturing plant acquired from General Motors (NYSE:GM).

Of course, Lordstown’s potential success is not the only tailwind factor for Workhorse. As an illustration, the company recently signed a number of strategic agreements with Hitachi America and other entities within the Hitachi Group. These agreements pave the way for Workhorse to access Hitachi’s well-established operations and supply chain in the United States, thereby, facilitating the Ohio-based EV manufacturer in drastically expanding its footprint throughout the country.

Workhorse shares are up around 3 percent in early morning trading.

Similarly, DiamondPeak shares are up a healthy 7 percent as investors welcome the clarity afforded by the Analyst Day event.

Year to date, Workhorse shares have registered a gain of 836 percent! Similarly, DiamondPeak shares are up around 200 percent in the same timeframe.