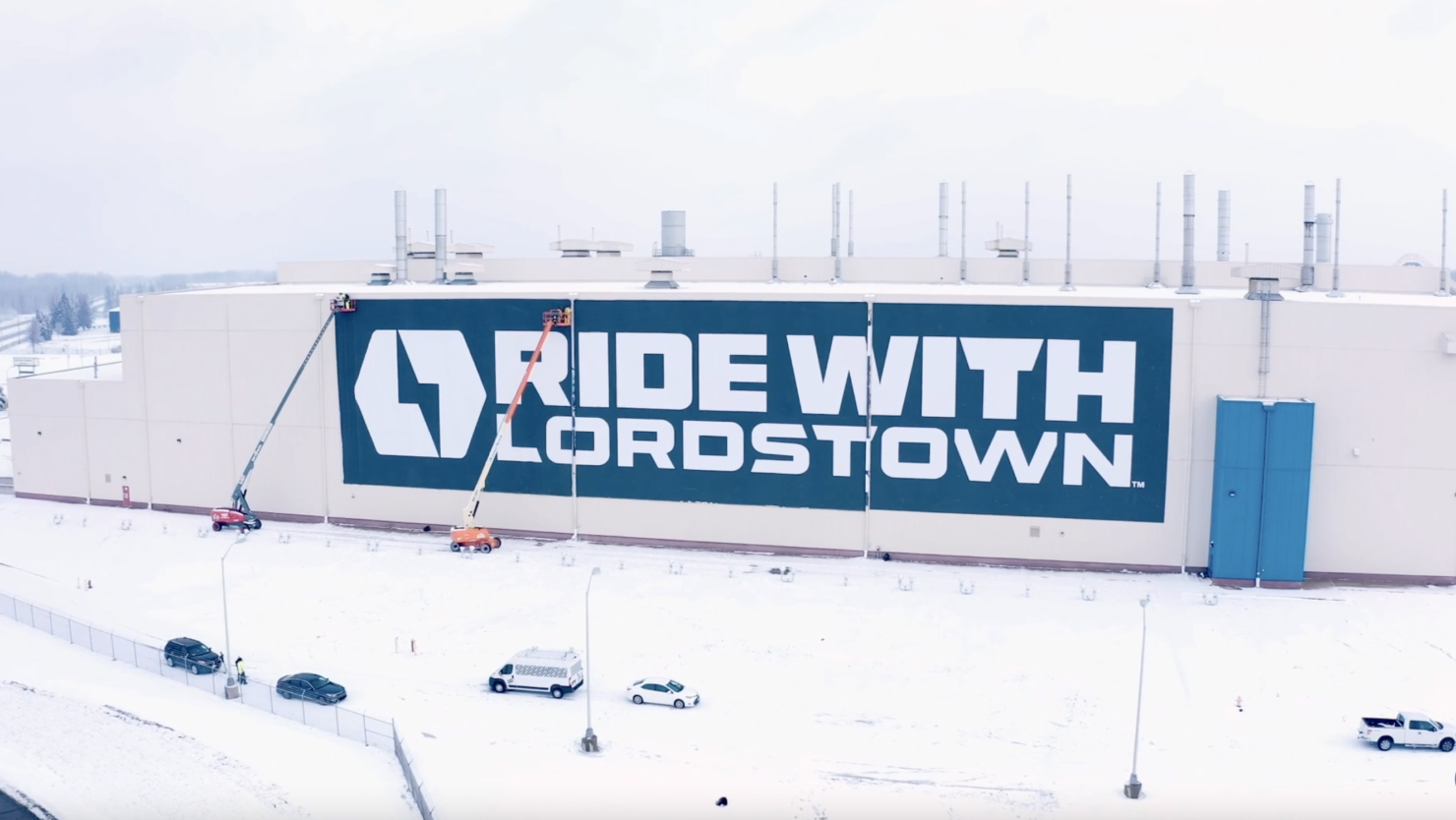 The event was the first presentation given by Lordstown's management after its former CEO and CFO resigned from their roles at the start of this week. Their resignation came after Lordstown's pre-orders for its Endurance pickup truck and production capabilities were called into question by a report published by Hindenburg Research, and at the APA presentation, Mr. Schmidt and Mr. Post focused on these areas to provide current details.

During the call, Lordstown's vehicle certification process for the Endurance became the center of attention several times after the chief engineer shared some crucial details during his opening remarks. In these, he highlighted that Lordstown's vehicles are engineered to meet the Federal Motor Vehicle Safety Standards (FMVSS) safety requirements,

The Frame and Body and are engineered to meet FVSS requirements. Our design has always been guided by CAE. We've build our beta vehicles and crashed our first set of development crash vehicles and we're proud to say we're meeting FMVSS requirements for front, side and rear events at this point. We've engineered this vehicle for work trucks. So we make sure we can carry fa our foot wide plywood or drywall, that the pickup box accessories will install within our vehicle. A positive first is having a front trunk within available power content that will also enable customers to not necessarily have to install a pickup box type storage device. Then again the telematics help the overall fleet manager to manage the uptime of the vehicles and do preventive maintenance. 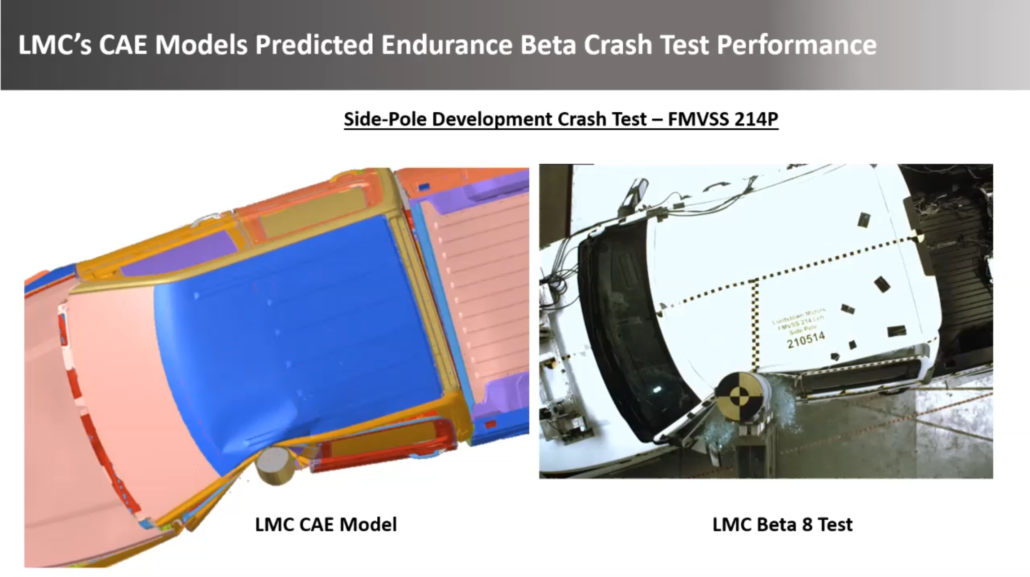 Just as an example of, on the left[SHOWN ABOVE] is our LMC CAE model that we did for our side crash performance. Again we kind of all of our upfront work was to make sure that we meet and exceed the FVSs requirements and the first to achieve excellent NCAV performance. So you can see the correlation, so in the model vs the actual. Pretty much spot in terms of penetration to the pole, the protection of the occupant. In this case we were in 60% of all the occupant injury performance in the vehicle itself. So we guided ourselves and we've been successful and we're continuing to complete the full series. Again, very good progress, we feel proud to be a startup that right of the shoot we've been able to achieve and meet the requirements. Obviously we have more work to do as we go toward the fourth quarter where we do our actual certification tests.

After these opening remarks, the executive was asked whether the September production run would be "pre-production", with market-ready vehicles to be manufactured later, he replied:

No. And this is been done before, where we're gonna start building, start production units into the inventory. And those inventory vehicles will be quarantined until we complete the homologation tests, certification tests going into the end of the fourth quarter. Now there's two sides, there's the 100 series FMVSS which is everything but safety. We can start those tests earlier. So we are starting those tests in the middle of the summer, continuing into the fall. And then the crash testing, the final crash testing that will be done later in the fourth quarter. From that point on once the testing is done, if there are any retrofits that need to be done, we'll make retrofits or corrections to those vehicles if necessary and those vehicles will be released meeting all the federal regulations.

Mr. Post, when then asked whether it was risky to start production before certification was over, replied:

I can take that one. So our correlation between CAE and crash is very good. Through this beta phase we continue to improve the correlation to our CAE. So far, it's been predictive, it's a success on every test. So as we finalize production and we update all of the parts within our CAD and do our final CAE testing, we'll see any risks and we'll handle those risks before we actually do the final crash series. So, based on the analysis we've been able to do and how well we correlate, we don't see that major catastrophic risk at this time and actually we won't see that, no face that catastrophic risk. If we had hit beta and it failed FMVSS, I'd say that is a much bigger risk. But we don't have the risk of major failure. We have actually, we're just going to be improving upon our good safety performance as we go into the final round of regulatory testing in the fourth quarter.