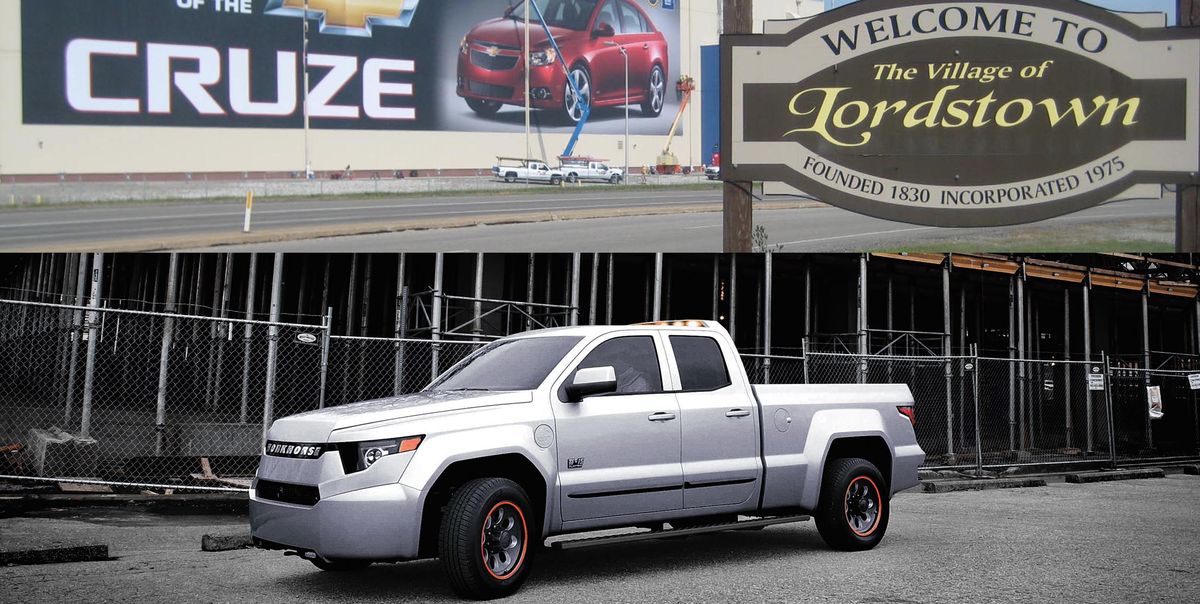 After taking a beating on the stock market last week, shares of Ohio-based electric truck designer Lordstown Motoros are making massive gains during late trading hours. These gains come as the company's new executive team, headed by interim chief Ms. Angela Strand assuaged investors' concerns about Lordstown's production plans and orders at an online event held by the Automotive Press Association. The company became the center of controversy earlier this year after short-seller Hindenburg Research alleged that Lordstown had misled investors about its vehicle pre-orders, with the saga culminating with the company's former CEO and CFO resigning yesterday.

Courtesy of details shared on the social media platform Twitter, it's looking as if Lordstown is on the trajectory to recover its tarnished image. The reports currently floating round reveal that Ms. Strand has confirmed that her company is slated to commence producing its electric trucks in September and that this run and one slated to take next year is backed by 'binding' pre-orders. A major controversy that surfaced in the Hindenburg report revealed that several pre-orders revealed by Lordstown earlier this year by Lordstown were non-binding, and as a result, its potential customers had not committed to making any purchases.

$RIDE Interim CEO Angela Strand is very impressive. This has been a great event so far with the Automotive Press Association.

September production was just reiterated and confirmed. Things are changing in Lordstown - expect a big move in the stock in the next 2-3 weeks. $WKHS pic.twitter.com/PdQOXwkBVR

Additionally, the management also highlighted that their company has sufficient funds to manage production through May 2022. A major concern among investors has been the lack of funds, a fact that Lordstown itself disclosed in a filing with the Securities and Exchange Commission earlier this month.

The company's management also commented that it has 're-confirmed' orders during the past two weeks. This move helps rebuild the company's credibility in the wake of the devastating report which ended up marring its image in retail and institutional investors. The subsequent share price drops saw Lordstown's price lose all gains that it had made throughout this year, and despite today's recovery, the price has a long way to go before fully recovering.

To be precise, Lordstown's president Mr. Rick Schmitd stated during the event that:

Currently we have enough orders for production for 21' and 22'. Those are firm orders we have for those two years. They are basically binding orders that are committed here in the last two weeks, reconfirmed orders

And... stopped out again

Providing specific details bout funds, Lordstown highlighted that as of today, it has $400 million in funds, an amount that it believes will be sufficient to sustain the aforementioned two production runs.

Today's share price rises are unlikely to serve short-sellers well, who have taken out massive bets against the company. According to data from S3 Partners, LLC, as of yesterday, more than 30 million Lordstown shares have been sold short. This amount has risen dramatically over the year, an understandable occurrence following Hindenburg's report which also revealed that Lordstown's first test of its Endurance pickup truck resulted in the vehicle catching fire within ten minutes.

The company's new management team is tasked with several responsibilities. These include cooperating with the SEC for an ongoing investigation, improving its communication with investors and producing adequate financial reports and business plans.

Year-to-date, Lordstwon's short-sellers have made $151 million in mark-to-market profits, and it remains to be seen what impact today's price movement will have on their bets. More importantly for Lordstown, the company's ability to live up to the promises that it has made today will come under serious scrutiny. While management optimism for production and funding is a good way to start a new journey, investors will be on the lookout for any production hiccups that Lordstown might encounter during its production runs.

Its ability to manage any production problems will be limited by the number of funds that it has at its disposal. However, the growing market for electric vehicles and pickup trucks will come to its aid should it commence and conclude the production runs successfully.