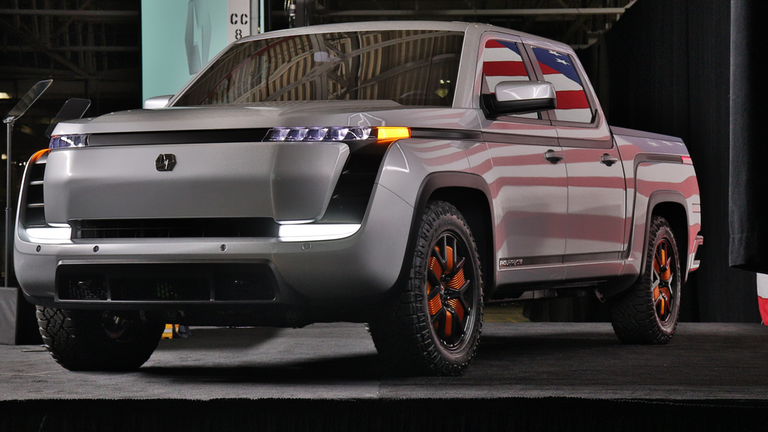 Lordstown Motors (NASDAQ:RIDE), the embattled company behind the Endurance electric pickup truck, seems to be on the road to financial perdition, all the while enduring death by a thousand cuts.

In what came as a surprise to many investors, Lordstown Motors disclosed “going concern” risks in a filing with the SEC yesterday. This means that the company’s continuity of viable operations is now at risk. While we do not wish to undermine the gravity of this situation, the resulting cacophony and panic did strike us as odd given that Lordstown Motors had disclosed these concerns in its Q1 2021 earnings:

“We secured a number of critical parts and equipment in advance, so we are still in a position to ramp the Endurance, but we do need additional capital to execute on our plans. We believe we have several opportunities to raise capital in various forms and have begun those discussions.”

Now consider the wording of the relevant excerpt in yesterday’s filing of the Form 10-Q (page 11):

It then went on to note:

“The Company [Lordstown Motors] believes that its current level of cash and cash equivalents are not sufficient to fund commercial-scale production and the launch of [the] sale of such vehicles. These conditions raise substantial doubt regarding our ability to continue as a going concern for a period of at least one year from the date of issuance of these unaudited condensed consolidated financial statements.”

In other words, Lordstown Motors has been consistently pointing out the need to raise additional capital. Consequently, yesterday’s filing should not have come as a surprise to so many investors.

This brings us to the crux of the matter. Lordstown Motors’ shortcomings are well known by now. Over the past couple of months, the company has endured allegations of inflating its order book while also contending with technical problems, where the prototype Endurance truck famously caught fire and was unable to finish the San Felipe 250 racing event. The company, for its part, has maintained that it only paid to generate a very small proportion of its order flow in order to gauge demand and that the Endurance truck’s technical difficulties constitute teething problems that most other early-growth companies go through. Agreed, but the fact remains that sometimes a thousand minor cuts can prove to be much more deadly than a single vicious blow. Given the company’s continued difficulty in overcoming its shortcomings, it is hardly surprising that Lordstown Motors shares are in a tailspin.

Does this mean that Lordstown Motors is going under? We believe that this eventuality is unlikely, although it does merit continued vigilance. To wit, the EV sector is still attracting quite a lot of capital. Consequently, we won’t be surprised if the company is able to secure the requisite financing, albeit at stringent terms. Additionally, Lordstown Motors also possesses sizable assets, including a former manufacturing plant of General Motors (NYSE:GM). Should push come to shove, the EV manufacturer can pledge these assets to obtain crucial financing. Therefore, there is no need to panic just yet.