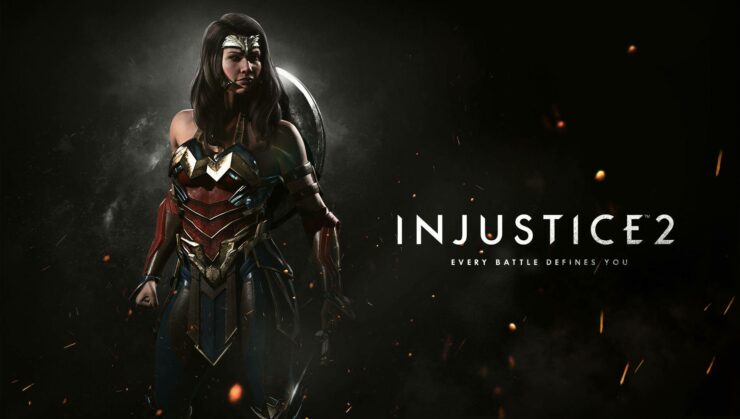 Wonder Woman's highly anticipated movie, starring Gal Gadot as the Amazonian warrior, debuts in theaters across Taiwan and Hong Kong today with European and American countries scheduled to get it starting tomorrow.

As you might expect, Injustice 2 will have tie-in Wonder Woman themed events. By playing the event 'To End All Wars' in the Multiverse mode, you'll be able to acquire Wonder Woman's gear from the movie.

Moreover, there are also unlocks to be completed via the Injustice 2 mobile game. Over there you can pick up two brand new Wonder Woman character cards as well as the full gear set.

Injustice 2 went beyond expectations, turning out to be an excellent fighting game. In our review, Dave wrote:

That’s another thing that I can’t help but appreciate Injustice 2 for – making me care about DC characters I’ve never heard of. Honestly, I’m not all that sure who the likes of Firestorm and Blue Beetle actually are, let alone Captain Cold, but their fascinating portrayal in the story mode coupled with their flashy fighting styles make me want to know more about them.

And with all of these factors, NetherRealm have managed to create on the most interesting and addictive fighters I’ve played recently. When playing online, each match I’m making progress, either with my skills, or with the gear rewards I unlock and currency to spend on more Mother Boxes and, yes, you guessed it, more gear. It’s a satisfying feedback loop that gets moreish fast.

We also just published a few tips for beginners, in case you're just getting started.

Early reception for the Wonder Woman movie seems to be similarly impressive, with a 79 average review score on aggregate site Metacritic and an 8.4/10 from user reviews via IMDB.