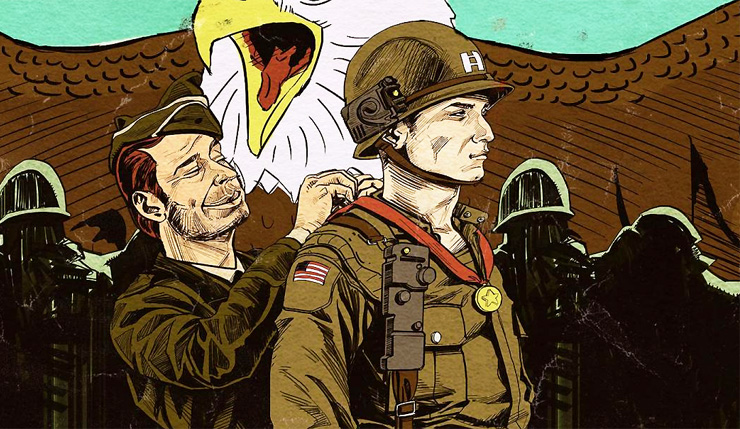 Wolfenstein II: The New Colossus’ final DLC episode, The Deeds of Captain Wilkins, arrives today, and it looks like it’s a good old-fashioned slice of straight-up action. The Nazis are building a new superweapon in Alaska, and it’s up to you to take it out – ‘nuff said! Check out a trailer for the add-on, below.

Here’s how Bethesda describes The Deeds of Captain Wilkins:

Gather ‘round, freedom lovers! Following The Adventures of Gunslinger Joe and The Diaries of Agent Silent Death comes a third tale of heroism, courage, valor and good ol’ fashioned Nazi-killin’. The Deeds of Captain Wilkins, the final installment in the Freedom Chronicles trilogy, is now available. In this thrilling chapter US Army veteran and resistance fighter Captain Gerald Wilkins travels to Nazi-controlled Alaska, armed with a stolen experimental battlewalker contraption, to stop a nefarious superweapon known as the Sun Gun.

The Deeds of Captain Wilkins is part of Wolfenstein II’s $25 The Freedom Chronicles season pass. It contains four episodes, featuring three very different heroes. An introductory episode, The Adventures of Gunslinger Joe, and The Diaries of Agent Silent Death have already been released.

Still haven’t played Wolfenstein II? Bethesda is offering a free trial, so you really ought to give it a try. In his review, Wccf’s Chris Wray found the game to be an impressive, absorbing experience:

Wolfenstein II: The New Colossus is on PC, Xbox One, and PS4. The Deeds of Captain Wilkins is available to download, right now.