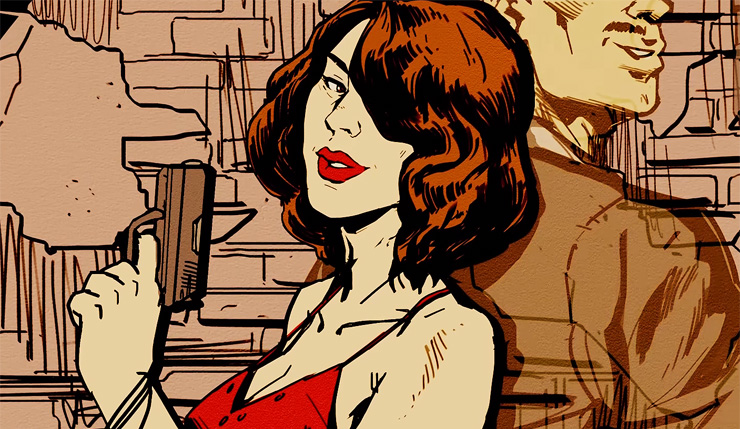 Getting a bit tired of the guns-blazing approach? Looking to take out Nazis with a little more finesse? Well, now you can, courtesy of Wolfenstein II: The New Colossus’ latest DLC episode, The Diaries of Agent Silent Death. Check out a stab-happy trailer for the add-on, below.

Here’s how Bethesda describes The Diaries of Agent Silent Death:

"Play as former OSS agent and assassin, Jessica Valiant, AKA Agent Silent Death! Hot on the trail of a sinister plot, Valiant finds herself in the offices of Paragon Pictures, the Tinseltown film studio turned Nazi propaganda machine. Stalk, shoot and stab from the shadows as you stalk your prey in The Diaries of Agent Silent Death!"

The Diaries of Agent Silent Death is part of Wolfenstein II’s $25 The Freedom Chronicles season pass. It contains four episodes, featuring three very different heroes. An introductory episode and The Adventures of Gunslinger Joe have already been released, and The Amazing Deeds of Captain Wilkins is set to arrive in March.

Still haven’t played Wolfenstein II? Bethesda is offering a free trial, so you really ought to give it a try. In his review, Wccf’s Chris Wray found the game to be an impressive, absorbing experience:

Wolfenstein II: The New Colossus is on PC, Xbox One, and PS4. The Diaries of Agent Silent Death is available to download, right now.