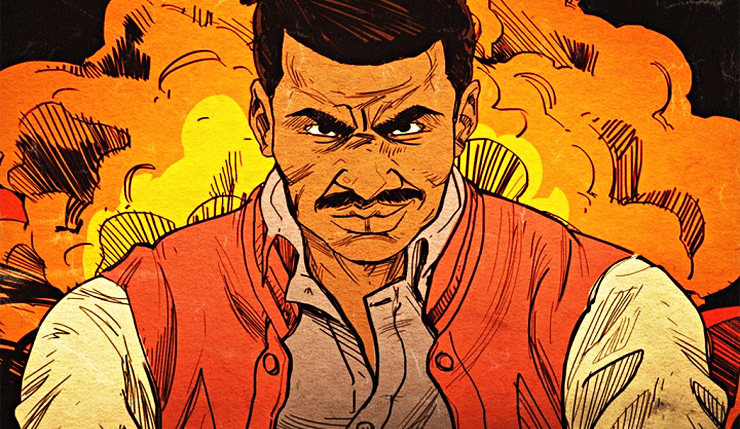 Played through to the end of Wolfenstein II: The New Colossus, but still hungry for more Nazi smashing fun? Well, you’re in luck, as the game’s first full DLC episode, entitled The Adventures of Gunslinger Joe, hits today. You can check out a badass trailer for the add-on, below.

The Adventures of Gunslinger Joe casts you as pro quarterback Joseph Stallion, who’s been forced to play soccer by the Nazis. Nobody tries to make an American care about soccer and gets away with it! Joe of course has a special super-powerful tackle move, which he’ll use as he “smashes through Nazi hordes from the ruins of Chicago to the vastness of space!”

The Adventures of Gunslinger Joe is part of Wolfenstein II’s The Freedom Chronicles season pass. It contains four episodes, featuring three very different heroes. Following the introductory Episode Zero and The Adventure of Gunslinger Joe, will be The Diaries of Agent Silent Death and The Amazing Deeds of Captain Wilkins. Here’s how Bethesda describes those two episodes:

As ex-OSS agent and assassin Jessica Valiant, infiltrate Nazi bunkers in California and discover the secrets of Operation San Andreas!

As the US Army’s renowned hero Captain Gerald Wilkins, embark on a mission to Nazi-controlled Alaska to dismantle Operation Black Sun!

Still haven’t played Wolfenstein II? Bethesda is offering a free trial, so you really should give it a try. In his review, Wccf’s Chris Wray found the game to be an impressive, absorbing experience:

Wolfenstein II: The New Colossus is available now on PC, Xbox One, and PS4. The Freedom Chronicles season pass costs $25.