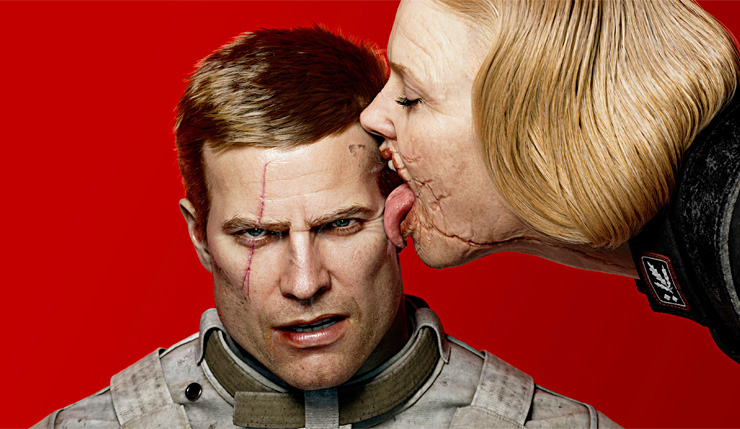 Still not ready to commit to Wolfenstein II: The New Colossus? The game has been on the receiving end of great reviews and plenty of positive word-of-mouth, but, of course, the proof is in the playing. Thankfully, now anybody can try out Wolfenstein II thanks to a newly-announced free trial. Here are the details straight from Wolfenstein publisher Bethesda:

“Today we’re happy to announce a free trial for Wolfenstein II: The New Colossus. Starting today players can download the free trial on PlayStation 4, Xbox One, and PC, and play through the entire first level of the game. Should players choose to upgrade to the full version of the game, their save data will carry over.

Wolfenstein II sends players to Nazi-controlled America on a mission to recruit the boldest resistance leaders left. Players will fight the Nazis in iconic locations such as small-town Roswell, New Mexico, quarantined New Orleans, and a post-nuclear Manhattan. Armed with an impressive arsenal of fully upgradeable retro sci-fi weaponry, including the all-new Dieselkraftwerk, players can unleash new abilities to blast through legions of advanced Nazi soldiers and über soldiers in this definitive first-person shooter.”

You really do owe it to yourself to give Wolfenstein II a try. In his review, Wccf’s Chris Wray found the game to be an impressive, absorbing experience:

“Wolfenstein: The New Colossus subverts the old-school shooter tradition by featuring an incredible cast of characters with varied personalities in a world that makes you want to explore more and more of the society it features. The gameplay is very engaging, though can sometimes outstay its welcome at parts. Whatever its flaws, Wolfenstein is a great game that's well worth playing and will keep you coming back for more as you purge the US of Nazis.”

Wolfenstein II: The New Colossus is available for PC, Xbox One, and PS4. The new free trial can be downloaded on all platforms right now.