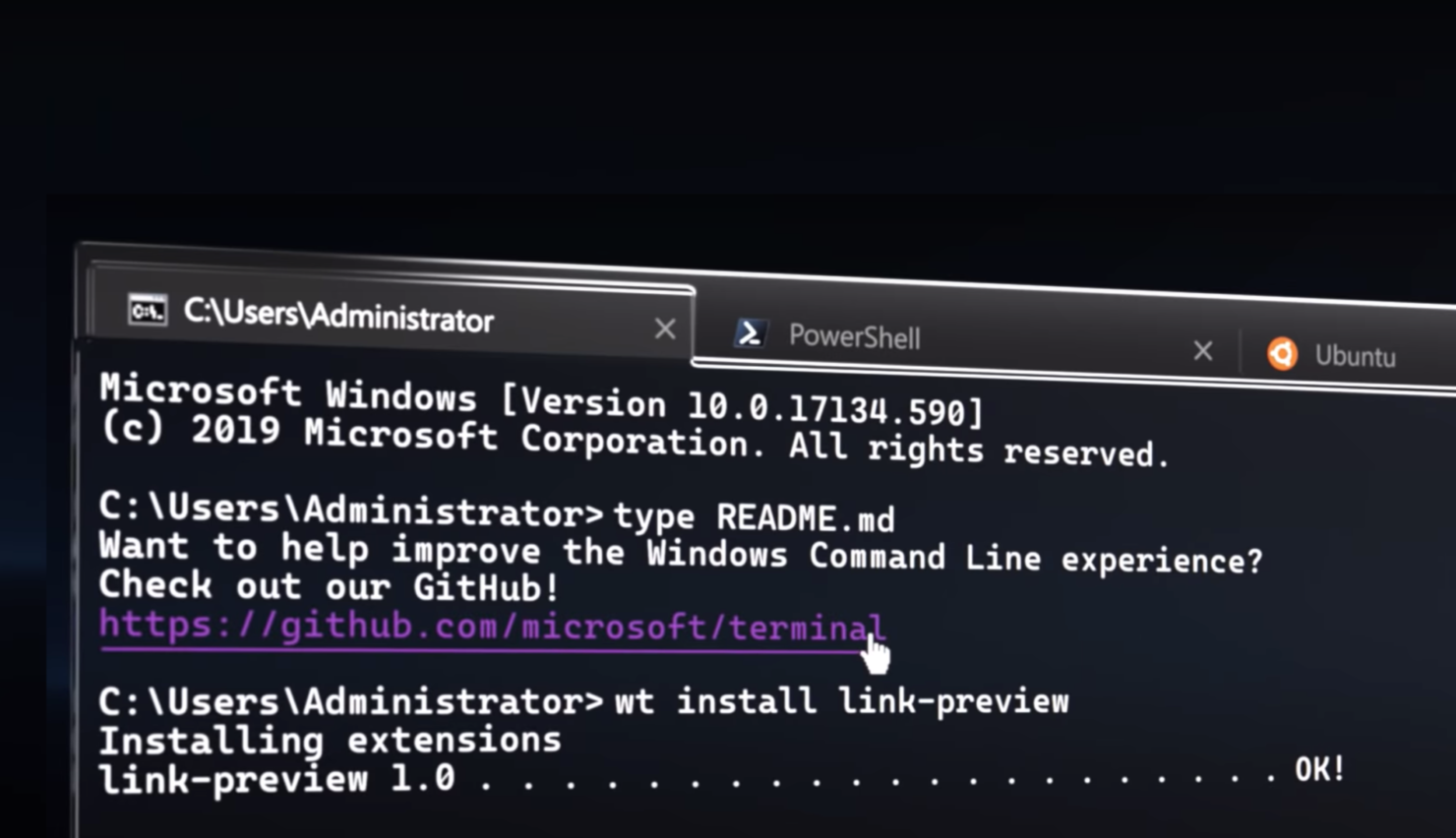 Microsoft has been working on an open source Terminal app for Windows 10, offering support for multiple command line tools and shells, including Command Prompt, PowerShell, and Windows Subsystem for Linux. Today at its ongoing Build 2020 digital event, the company has announced that Windows Terminal has now reached the stable release and is ready for enterprise use.

Unlike the older command line tools, the tabbed Windows Terminal app brings modernity to the traditional tools with support for UTF-8 character, GPU accelerated text rendering, and even custom themes.

Now available for enterprise use, Windows Terminal 1.0 provides you with the ability to run any command line executable, including WSL distros and Azure Cloud Shell, inside multiple tabs, and panes. You can also use Unicode and UTF-8 characters, have a GPU accelerated text rendering engine, and custom themes, styles, and configurations.

The company has also introduced several improvements to Windows Subsystem for Linux (WSL), including:

Windows Terminal 1.0 is now available from both the Microsoft Store and GitHub.