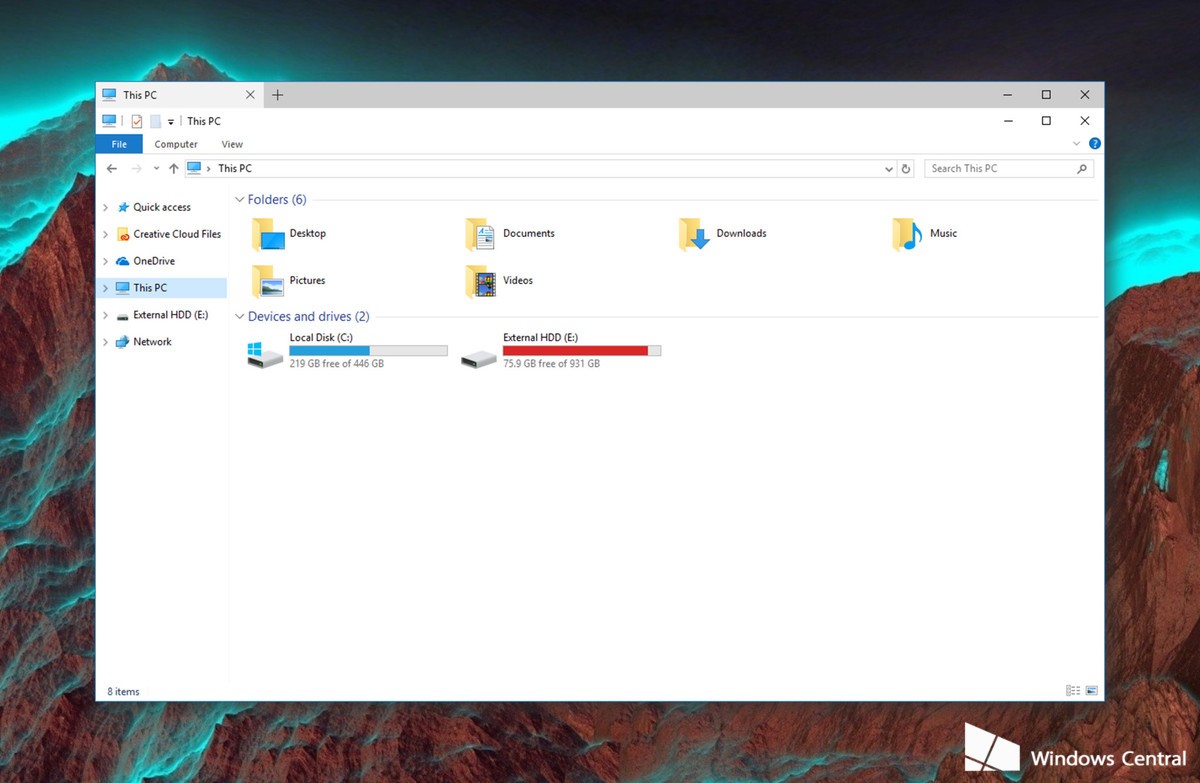 With Windows 10 Creators Update out for the public, Microsoft is now focusing on features for the more important update of the year - Windows 10 Redstone 3. A new report suggests that the company is currently experimenting to bring the tabbed experience to Windows. Dubbed internally as Windows 10 Tabbed shell, this tabbed design will work on apps, File Explorer and other parts of Windows and will look similar to tabs on browsers.

Windows 10 to get tabbed windows?

A report by the folks at Windows Central (who have also designed the above mockup) suggests that the Redmond tech giant may finally bring the tabbed experience to all apps in Windows 10, including File Explorer. Citing sources "familiar with the matter", WC wrote that the "Tabbed Shell is a feature being worked on at an OS level, and doesn't require work from app developers to take advantage of it".

It will work with every Windows 10 app, including UWP and win32. The user interface could be designed to match Edge, as you will find the tabs on top of a window to switch between different instances of the same app, or different folders in File Explorer.

This means that right away, any app can take advantage of the new tabbing experience without any developer work. If an app features a titlebar, it will be able to function with Tabbed Shell. Microsoft will also offer API's to developers if they wish to "integrate" their apps with Tabbed Shell, which will give the app more control over the tabbed experience.

Tabbed Shell will make it easier for users to switch between multiple Word files and folders in File Explorer, along with several other similar examples where you will be able to replicate browser tabbing experience on app windows.

The company is currently experimenting with this new feature that could be released with Redstone 3 or Redstone 4. It could also easily be killed or delayed similarly to several other previous feature and design plans, but many users would be happy to finally get an OS-level tabbed experience - a radical change in how we have always been using Windows. Earlier reports had suggested that Microsoft's Windows 10 Redstone 3 - planned for a fall 2017 release - will offer major design and feature improvements unlike the Creators Update, which is a comparatively smaller upgrade. If all goes well, we could get our first peek at the Windows 10 Tabbed Shell at Build 2017 next month, which is when we are expecting to hear more about the features planned for Redstone 3.