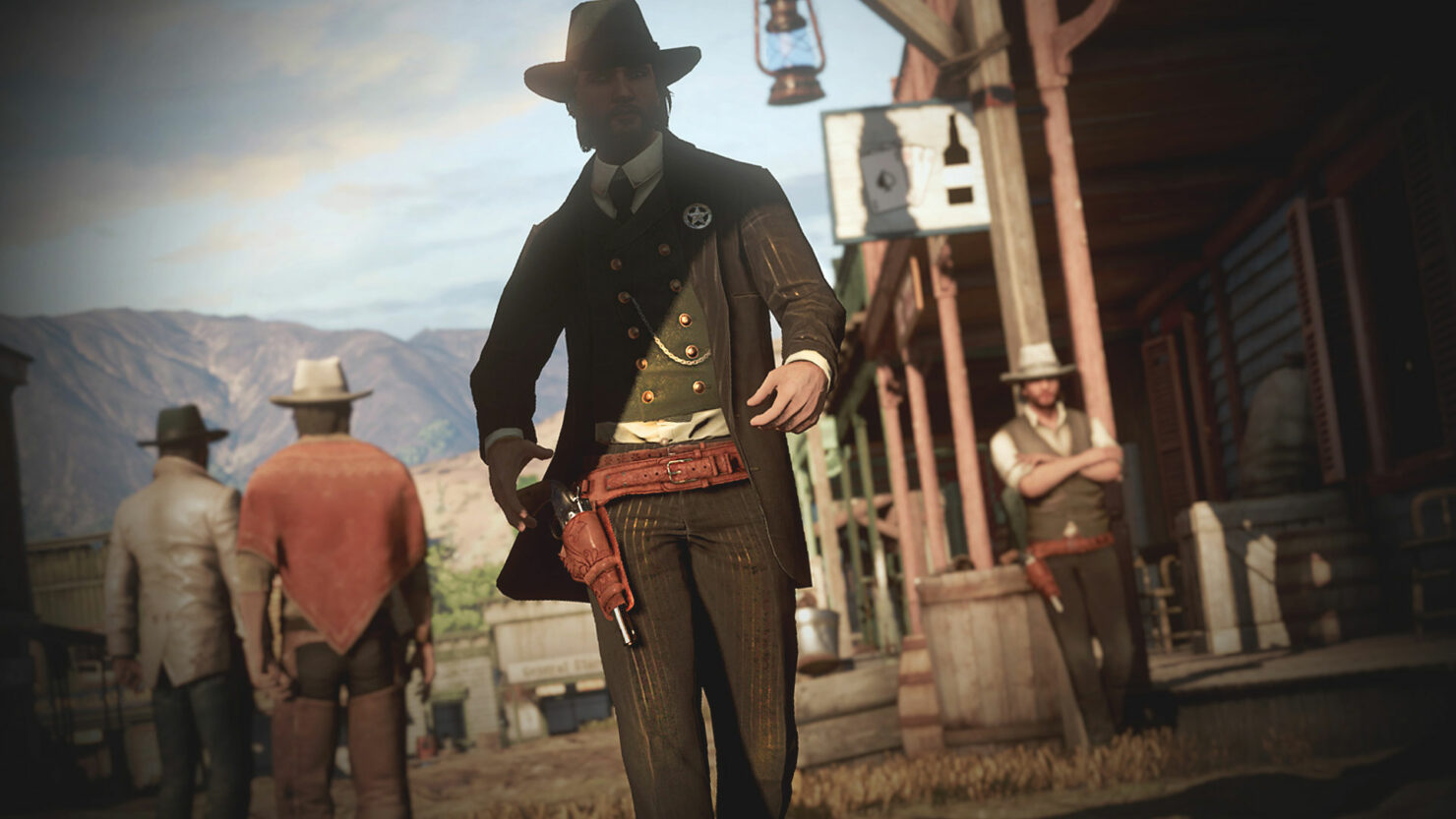 [Update] It looks it all paid off for Wild West Online. A fresh press release just announced that due to the massive attention garnered via the leak ahead of PC Gamer's reveal, there won't be any need to secure funding on Kickstarter or even to launch the game on Steam Early Access.

Funding has been provided by investors, and it looks like it's a lot since female characters have been now confirmed alongside previously planned stretch goals like "rich" role-playing and social activities, card games and localization. 612 Games also promised additional content post-launch in the guise of "several expansions".

The press release also provided a more detailed overview of what we can expect to find in the game, as well as a bunch of new screenshots.

• Become an Outlaw, Deputy or Anyone You Want – In Wild West Online players are free to choose their own path. How they play the game and how they interact with other players is up to them. Based on their actions they will either become a lawman or an outlaw. If a player becomes too “lawless” a bounty will be placed on their head and it will be open season. Don’t want to be either? Players can pick a different path such as farming the land, becoming a miner or exploring the world.

• Intense PvP Combat – Experience the dangers of the West with intense PvP combat that will make Tombstone look tame. Players are much safer in towns since attacking other players is punishable there, but in a wild there are no laws. When a player dies, they only lose “quest items” - mined gold, recovered artifacts and other items required for some quests. All other items remain with the player.

• PvE Missions and Activities – Take on bounties, farm, mine, sell goods, gather resources and more, in Wild West Online there is no shortage of activities to do.

• Form a Posse – Players can group with up-to eight friends to form a posse. It’s then up to them if they want to gain a reputation as bandits or tame the West as deputies.

• Light Crafting – Wild West Online features some light crafting where players will need to learn recipes and forage for supplies or convert looted items into materials to craft necessities.

The developers will host Alpha and Beta tests this Summer, with the goal to release later this year on PC.

[Original Story] A couple days ago, a "leaked" image circulated on the Web that was believed to be of Rockstar's Red Dead Redemption 2. However, as it turns out it's another game entirely - Wild West Online, an open world MMO for PC revealed yesterday on PC Gamer.

There's an audience for this that just wasn't being served on PC. So we wanted to make this big, open Wild West world with a bit of a twist that, like the best MMOs, is a place where people can really live in.

He does have a point since Red Dead Redemption 2 hasn't been announced for the PC yet, and who knows if it ever will considering the previous two franchise entries never made it to PC.

Being an MMO, though, Wild West Online offers more options beyond just killing stuff. There will be gathering, crafting and building.

There's also a law system in place to ensure those who commit crimes in towns will earn wanted stars and eventually become targets for bounty hunters or player deputies.

Murder will be the strongest offense, of course, but thieving will be a part of Wild West Online as well. The developers are considering genre staples such as bank heists alongside stealing at shops or camps, though thieves need to take into account the fact that they may be exiled from towns eventually and forced to make use of bandit hideouts.

Train robberies might also be a part of the game if it does well enough to reach the $1.75 million stretch goal once it hits Kickstarter later this month. Bugaj told PC Gamer that Wild West Online could also get story-focused updates later down the road.

You can check out the first in-game screenshots below.