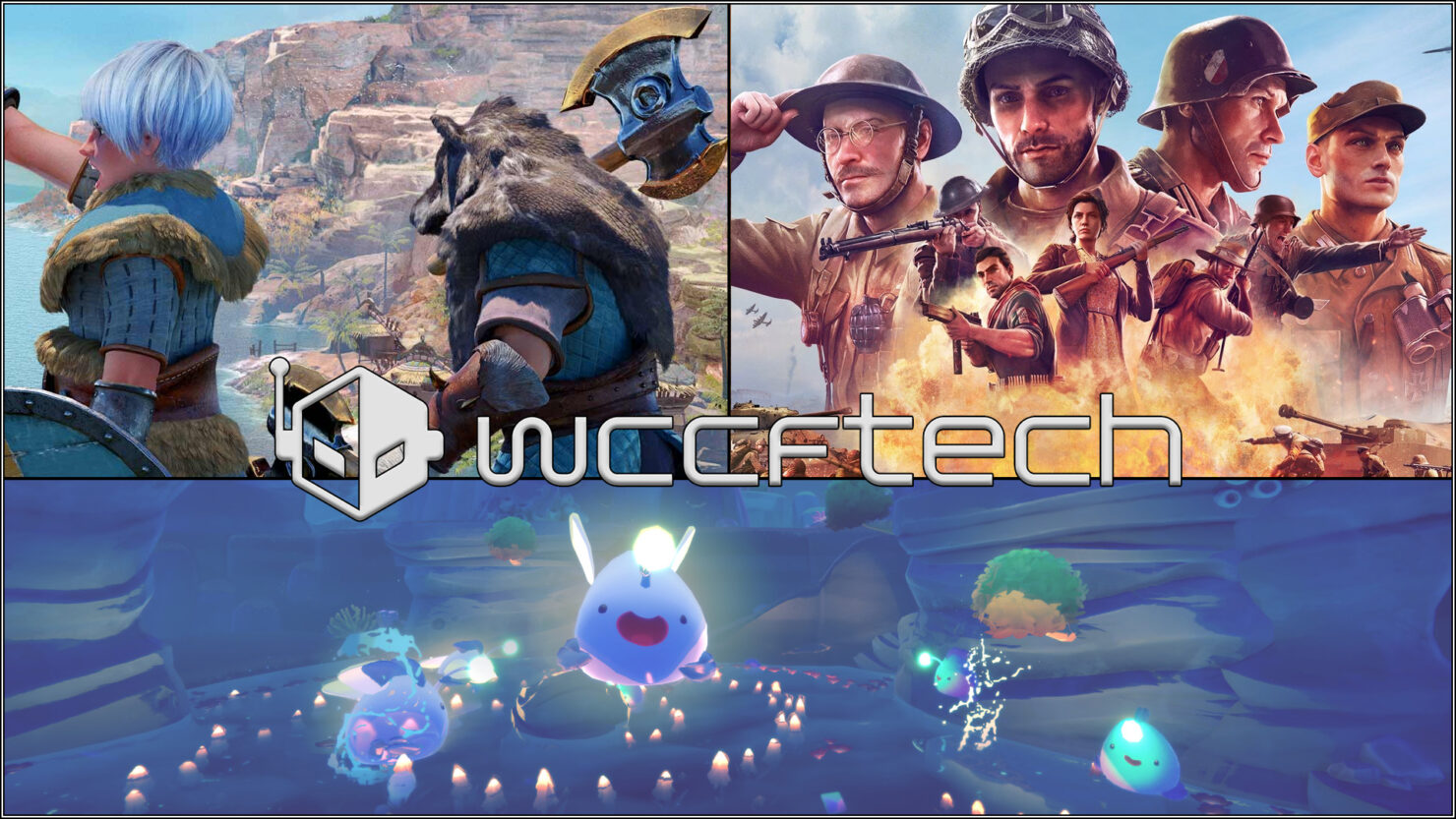 "Most anticipated games? How can you do a most anticipated games list when a whole month of the year has passed?" I hear you thinking. You certainly have a valid point. Often, there would be a risk of a game having already been released. In some genres, such as with RPG's, this has already happened. Alas, I've been swamped with work, a family health crisis and general exhaustion that left me hardly willing to turn on the PC, never mind write a list. Still, here you find me and my most anticipated strategy & simulation games of 2022.

When it comes to entrants to the list, you're always going to get some of the obvious. Some games will make the list that may not even be released this year; delays may occur. New working methods and the fact that crunch damages a game far more than it helps is becoming more accepted. Still, it would be a surprise not to see these strategy and simulation games hitting our digital shelves in 2022, and these are certainly the most anticipated of the lot.

Let's all be honest here; there are two big publishers in the industry regarding strategy games. SEGA are undeniably the biggest, with huge developers controlling the genre's biggest franchises. One of these will hit the shelves in mere weeks; the other is scheduled for late this year. In addition to this, SEGA also has a strong simulation lineup with Football Manager (will be on the Sports & Racing list) joined by Two Point Campus, the follow-up to the successful Two-Point Hospital.

Total War: Warhammer III. Not much more needs to be said than "Total War". Following on from the very successful previous two Total War: Warhammer titles, as well as the sheer force that the Total War brand brings, this is a game that any strategy fan will anticipate, and they don't have long to wait. As for what I think so far, here's a bit from my preview.

Like all other games in the series, Total War: Warhammer III will offer a tremendous amount of replay value thanks to the ever-constant emergent gameplay. The addition of an increasingly focused story, your race against everybody else, and the new features explored in just two of the factions is lining up to be yet another great outing in the series. Total War: Warhammer III is one I can't wait for, and I'm counting down the days until its release on the 17th of February. 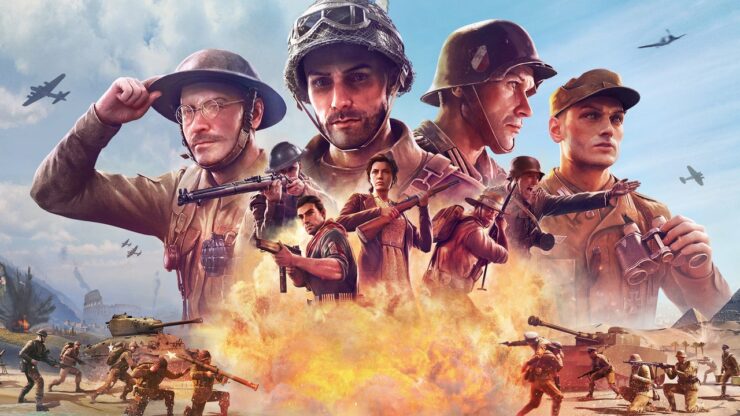 Yet another considerable IP. While Company of Heroes doesn't feature as many titles as the Total War series, Relic Entertainment has made more than a good name for itself with several series. Enough so that Microsoft, when bringing back Age of Empires, brought them on for IV. Returning to World War II, but taking you to varied theatres of the conflict, Company of Heroes is a huge game, one that people have already been able to try out in open multiplayer beta.

Two Point Hospital was a great hospital building sim, but with a lovely dose of silliness layered on top. From wacky diseases, ghosts roaming your wards, and absurd machines used to cure the conditions, it just offered a fun time. Two Point Campus looks like it'll continue this tradition, with classes like Gastronomy and Robotics. Add onto this the substantial management sim aspects that Two Point Studios will likely bring on from Two Point Hospital, and you've got a worthwhile game to look forward to. 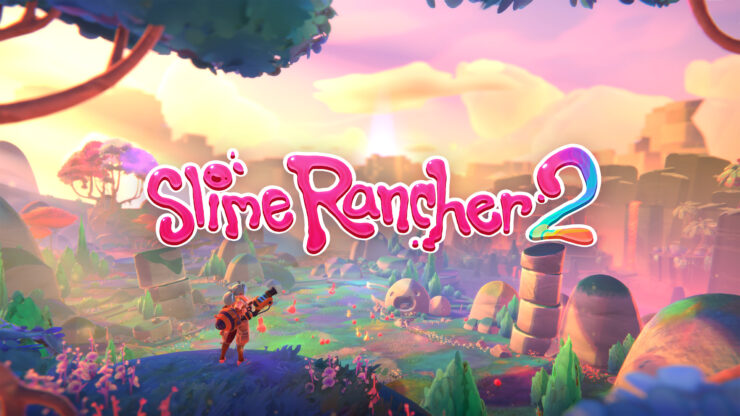 If you're not a fan of the hyper-cute and hyper-colourful Slime Rancher, I have to wonder what in your life made you so miserable as not to find enjoyment in anything. Well, potentially, you find joy in the torture of kittens, and theoretically, you can torture cat-slimes in Slime Rancher, so this is still the game for you.

Slime Rancher 2 is promised to be bigger and better than the first, which started great and grew into an excellent title over time. The announcement trailer of Slime Rancher 2 shows it has the same colourful look and adorable sounds, so I can't help but find myself interested to see what's next. Either way, I was on board long before its announcement, and I can't wait. 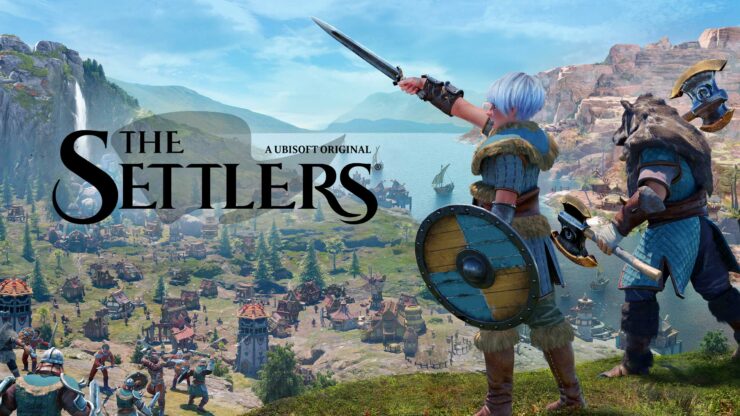 I'm always reluctant to direct any positive words at Ubisoft, as I am Activision-Blizzard, but the fact is that Blue Byte are a good developer. They have proven that much with their strong releases within the Anno franchise. After over a decade of no releases, it's nice to see such a long-running franchise make its return (in 2016, Ubisoft released Champions of Anteria, planned initially as a Settlers game, Ubisoft dropped the name as it was nothing like a Settlers title).

Early looks at The Settlers have it looking decent. Aesthetically, that is. What the gameplay will be like, we don't honestly know. However, the franchise has a distinct style that Blue Byte should likely maintain, and what we do know is that there are new factions with their unique appearances and gameplay styles. 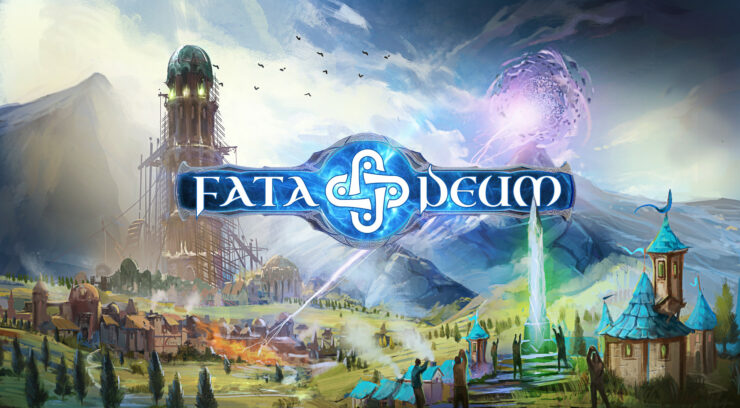 Populous: The Beginning. Black & White. The god-game has been long missing from the industry, with Peter Molyneux's ill-fated attempt with GODUS having left Kickstarter backers, like myself, and Early Access purchases with a monstrous case of the blue-balls. 22 Cans essentially dropped the core game favouring the mobile version, and people were left sad. Until (hopefully) now!

Fata Deum isn't a game I know a lot about, but I know I want it now. Early looks have been promising, mainly as the developer has been receptive to feedback from fans. As you take the role of a young god rising to the top, you'll get to see death and destruction like you haven't seen in decades. 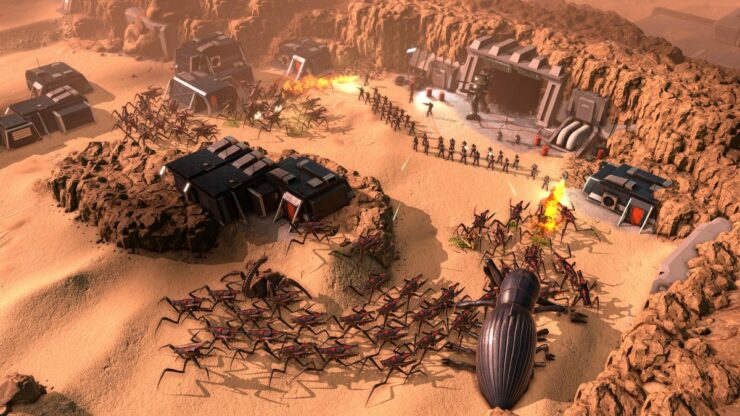 There is a big name missing from this list, and there's a reason for that. I mentioned there are two publishers in the strategy games scene; the other - as most will know - is Paradox Interactive. Victoria 3 was announced to much acclaim last year, but it's honestly missing from this list because we don't know if it's coming out in 2022. Still, keep it in mind.

Even without Paradox making an appearance, there's more than enough to keep people going through the year, and these are just the headline acts. There are far more games worth looking at in the two genres, and you'll find more of these below in the honourable mentions:

In addition to these titles, you have games currently in early access that will possibly see a release this coming year. Such titles include Foundation, Going Medieval, Frozenheim, Dyson Sphere Program, and more. All in all, the coming eleven months are looking good, with Total War: Warhammer III starting us off in less than three weeks.

Vote for your Most Anticipated Strategy/Simulation Game of 2022!