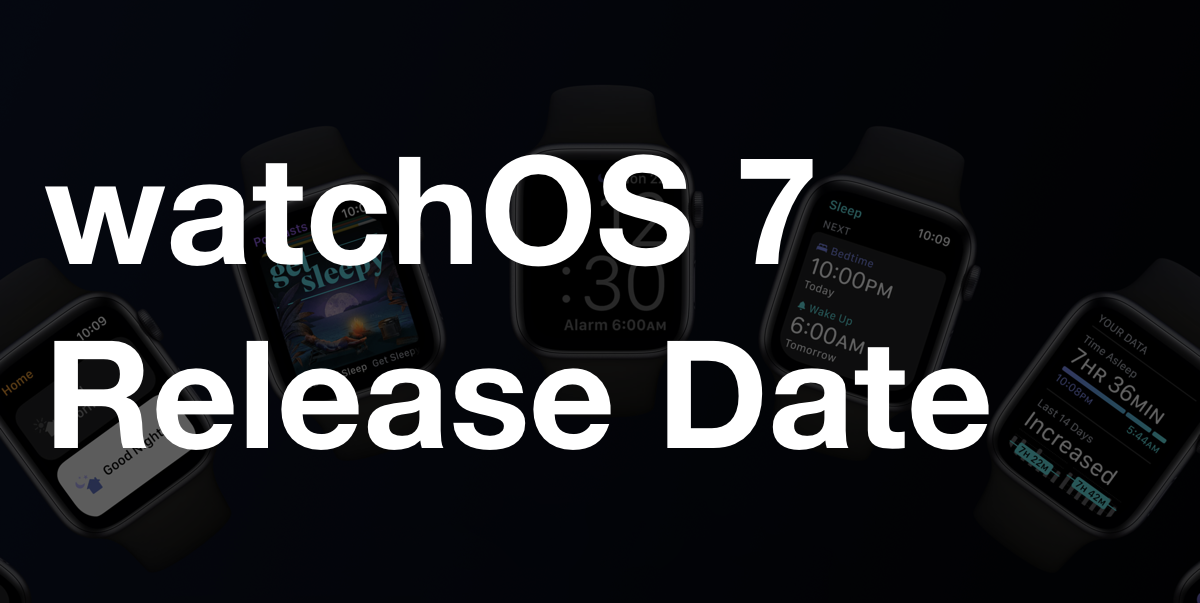 You will be able to download and install watchOS 7 on September 16. That is literally tomorrow so your wait has finally paid off. As you'd expect, the update is not available for all devices and it is best you check for compatibility by going here first. But, to give you a quick glimpse of which devices are compatible with the new update, they are as follows:

This year Apple officially drops support for Series 2 and Series 1 devices, so you might want to upgrade your wearable if you want to experience the Apple Watch at its full potential.

watchOS 7 is a mighty update for Apple Watch as it introduces a feature which many have been asking for a long, long time - sleep tracking. Apart from that, the update now supports on-device dictation, headphone audio notifications, cycling directions in Apple Maps, multiple new Complications, language translation using Siri, Shortcuts, new Workouts, and of course, notifications to tell you how long you should be washing your hands. Obviously, those aren't the complete set of features though it does seem like a lot.

But, before you get too excited, please make sure that your device is in the compatibility list before you go ahead and install it. Furthermore, your iPhone must support iOS 14 as well, otherwise the watchOS 7 update won't show up for your Apple Watch at all. If your iPhone can run iOS 13, then it will run iOS 14, that's how things are this year.

Apple Watch updates really don't require any prior preparation but they do require a lot of patience. If you have something like the Series 3 wearable, then you will be greeted with amazingly long download and install times. Therefore it is a good idea to let the update install overnight so you can use it without any issues the next morning.

Check out more below: