[UPDATED] Valve has now provided its own tool to check for Steam Deck support of your library. The unofficial tool is still more in-depth, though.

[ORIGINAL STORY] With only three days separating us from the official launch of the Steam Deck, users might be scrambling to check out which of their games will actually work on Valve's handheld PC.

Luckily, there's an automated tool called CheckMyDeck that will do that for you. There's one caveat, though: it needs your SteamID. In case you don't know what that is, there's another automated tool available to help, the SteamID Finder. Just copy-paste your Steam profile page URL, grab the Steam64 ID, and go back to CheckMyDeck.

Here's how things are looking for my library. Only about 17% of the games are officially Steam Deck compatible, though that doesn't mean they don't have any issues. Even some Verified games have a few limitations, such as not allowing external controllers for the primary player. Playable games are much more troublesome, though. In some cases, you might need to manually configure the graphics settings to get it to run well, while the most common shortcoming is that in-game text may be too small to read on the Steam Deck's screen. 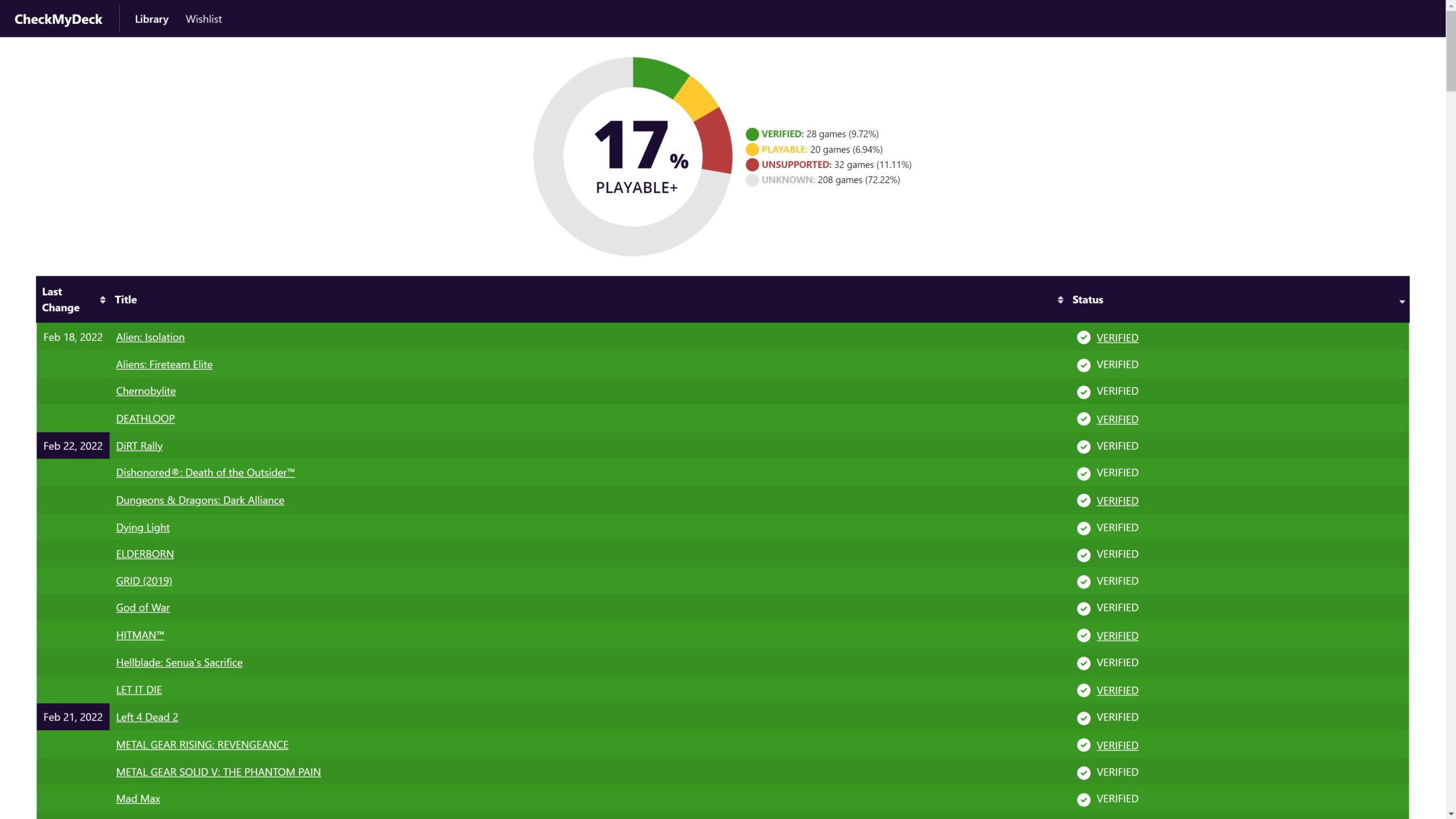 11.11% of the games in my library are Unsupported, mostly due to their Anti-Cheat system not working with Proton, the Windows-to-Linux compatibility layer made by Valve. The vast majority (72.22%) is listed as Unknown, which means you'll have to launch them on your Steam Deck and find out for yourself until they are officially tested for compatibility. Interestingly, CheckMyDeck also allows users to find out whether the games they've wishlisted are compatible or not with the PC handheld.

In other Steam Deck news, GOG stated they don't have any current plans to officially support the device. They encouraged Steam Deck users to install Windows if they really want to run GOG titles.

There's no official GOG support for SteamDeck. But since the device has an open architecture, as we understand, you can install Windows and as such also run GOG games.

Lastly, GamingOnLinux managed to get a statement from Feral Interactive on Steam Deck compatibility for their Linux ports. It won't happen officially, though the games should still work via Proton.

Our most recent Linux titles are officially supported on Ubuntu only, and we do not currently have any plans to update games for further compatibility with Steam Deck or its operating system, SteamOS 3.0. If players encounter issues with Feral's native Linux versions of games on Steam Deck, we recommend playing them via Proton.