While we have seen Watch Dogs for the PS3 and Xbox 360 get leaked it was only inevitable for the PC version to get leaked. Just in case you are wondering, the current version is the "Deluxe Edition" and gives you all the pre-order bonuses straight after install.

We have now gone full circle, while the new generations of consoles are indeed in full swing it does appear that nothing will ever beat old school piracy. While the sequence isn't set in stone we have seen the Xbox 360 and PS3 versions leaked on the internet with the former being bigger than the latter. Surprisingly, the size of the PC version is the same as the PS3 version give or take a few MB. 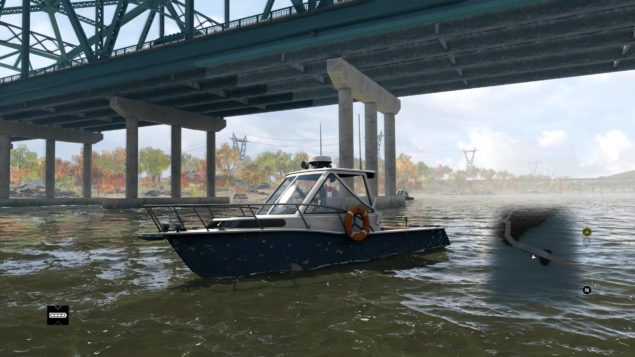 There doesn't appear to be any DRM attached to the game, many people in the comments are reported to have already downloaded and playing the game without a single snag. So, if you have been waiting for the definitive edition, then your wait is over.

AS you can see, the game is indeed alive and well. If you want to give the game a go and see if it will work well on your system without having to wait for your digital / physical copy to arrive then you should probably give it a go if you don't mind a nagging conscience, otherwise if you are patient then the game is only 4 days away from release.

Watch Dogs is currently on fire on all corners of the internet, there seems to be news about this game at every nook and cranny which is really surprising considering that currently there are other good games out such as Wolfenstein: The New Order, TellTale has also announced the 4th episode to Wolf Among Us to be releasing on the same day as Watch Dogs and lastly, the arrival of Murdered: Soul Suspect which sadly will be massively overlooked because of the hype of Watch Dogs.

If you are wondering what the PC version looks like, take a look at some 4K resolution shots that appeared earlier today, the game does look pretty good albeit there are some area's where the game doesn't shine as much as it should but it is still a pretty good game considering its a new IP from the studio that has been pushing out annual Assassins Creed games, hopefully we can expect the sequel to beat the predecessor.

So, what will you choose from here? will you pirate the game even though you may or may not hold a pre-order of the game? Will you actually play the game and see if it will be worth buying down the lane for the multiplayer? I personally look forward to giving the game a shot so that I can determine my PS3 purchase.