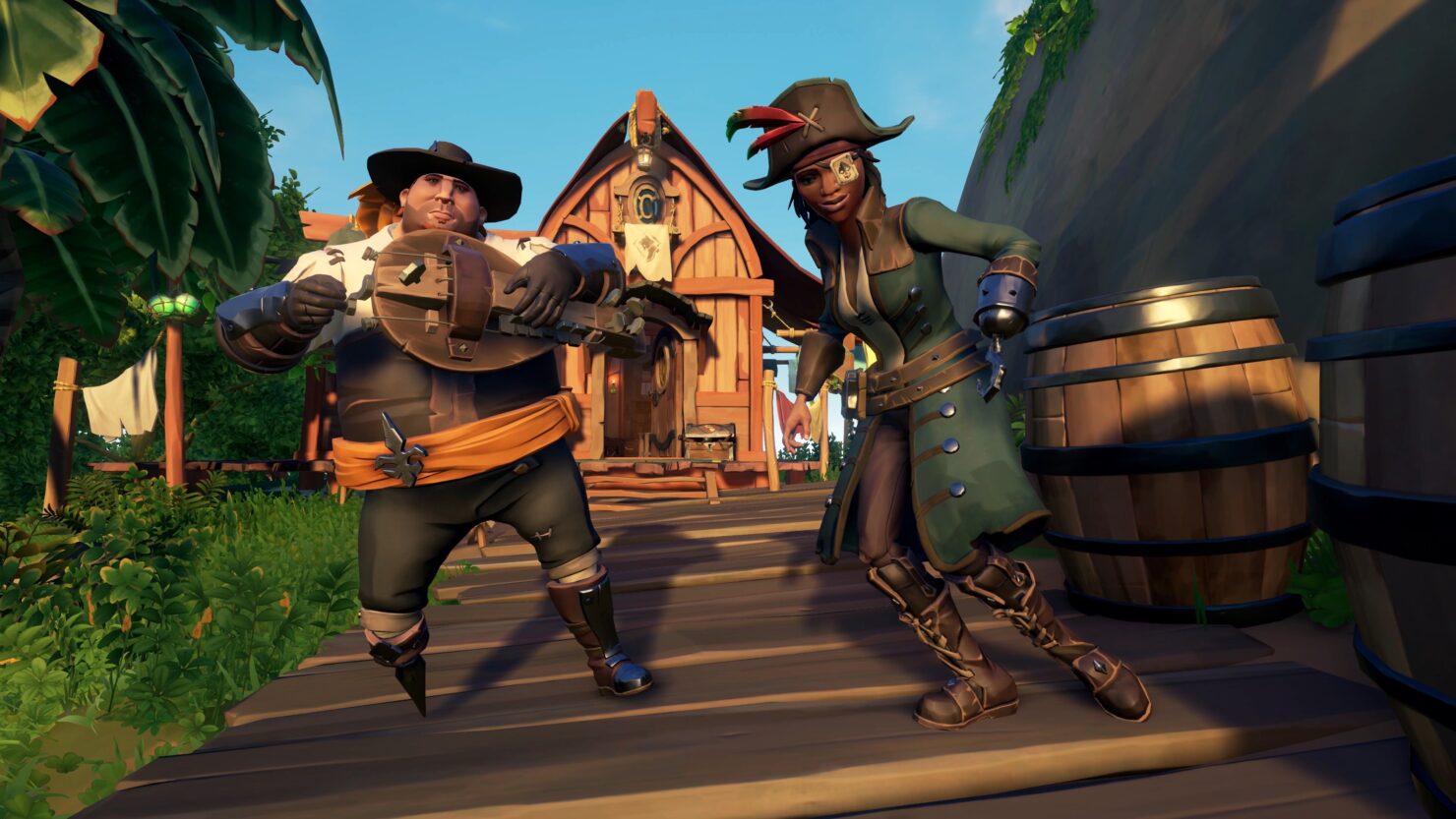 For a time, Rare was quite prolific after joining Microsoft Game Studios. After the debut title Grabbed by the Ghoulies, launched in 2003 for the original Xbox, Rare managed to release Conker: Live & Reloaded, Kameo: Elements of Power, Perfect Dark Zero and Viva Piñata between 2005 and 2006. All of these received generally positive reviews, just like Banjo-Kazooie: Nuts & Bolts (which I personally believe to be underrated) when it came out in 2008.

However, Rare was then put on 'Kinect duty' by Microsoft between Kinect Sports for Xbox 360 and Kinect Sports Rivals for Xbox One. While these titles were pretty popular on Xbox during the heyday of motion sensing technology, fans of traditional gaming felt underwhelmed by Rare's latest output.

Sea of Thieves, which is launching today on Windows 10 PC and Xbox One, is therefore being treated as a comeback for the legendary British studio. However, Studio Head Craig Duncan (who's been with Rare since early 2011 after working for studios like Codemasters, Midway and Sumo Digital) doesn't really buy into this narrative as he explained in an interview published by The Telegraph today.

I guess it is nice and it is flattering, but the reason I don’t buy into it is because there are people in the studio that have been here through whatever period we have had. I’ve given out five 25-year service awards since I’ve been running the studio.

The Rare revival implies that Rare went away, which it didn’t. It just did some different stuff. And I think if you look back at Rare historically, it has always done different things.

Design Director Mike Chapman had already chimed in on this topic and stated that in some ways, the time spent developing for Kinect proved useful when making Sea of Thieves as well.

As a reminder, if you're on the fence about the shared world pirate themed online game you can activate an Xbox Game Pass trial and play it.