Warriors Orochi 4 Confirmed For PC And Consoles; To Release This Year In The West 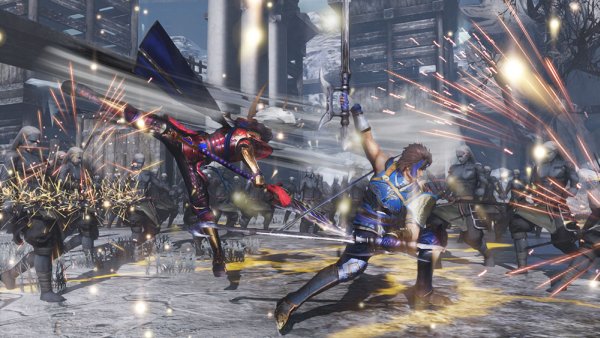 A few hours ago, the Japanese publisher launched the game's official North American and European websites, confirming that the game will release later this year on PC, PlayStation 4, Xbox One and Nintendo Switch. The websites also provided the first information about the game's story, which will see the involvement of Zeus, characters, which will come from the Samurai Warriors and Dynasty Warriors series, and gameplay.

The world is merged once again.

The re-assembled heroes are faced with yet another new battle.

The key to solving this mysterious situation and returning the world back to normal are eight “bracelets” that possess great power. In search of these bracelets, the heroes clash against one another with their individual convictions.

Before long it becomes apparent that Zeus, the king of the gods of Mount Olympus, is behind this. What is his aim in rebuilding this parallel world in which the heroes battled against Orochi? In order to solve this mystery, the heroes decided to battle against the gods.

Choose from 170 characters! Heroes gather from the Samurai Warriors and Dynasty Warriors universes.

Exhilarating, match for a thousand action unique to the Warriors series where you mow down swarms of enemies in a single sweep.

“Sacred Treasures” are empowered by a miraculous power and equipping them enables the user to evoke flashy magic attacks called “Divine Arts.” They are an exciting new Musou action never before seen.

Warriors Orochi 4 launches on PC, PlayStation 4, Xbox One and Nintendo Switch later this year in all regions.