Dynasty Warriors has seen its time under the Far Eastern sun change from arena battles to the open world, while Samurai Warriors has stayed true to its formula. Now on its fifth iteration, the Warriors Orochi crossover series has tried to bridge the two together with snappy arena battles and none of the filler. Now, the action has shifted westward across the globe, seeing the heroes of both nations fighting together (and against one another) upon a new mystical backdrop. Does the change of scenery mean enough to pick up a weapon and charge back into battle alongside Cao Cao and Hideyoshi Toyotomi?

Warriors Orochi 4 doesn’t go to any extreme lengths to create an engaging story, but if you really think about it, do you need much justification for routing thousands of enemy troops in a single battle? The Norse pantheon is all too amused by these all-powerful mortals of their respective lands and brings them together into a strange new world, filled with battlefields ripped out of a familiar time. To give some of the mortals a fighting chance, eight Ouroboros bracelets can draw out new powers by way of fusing with Norse gods in a new ability called Deification. The downside? Eight bracelets mean only eight mortals can eventually wield this power, leading to roughly 5% of the cast reaching this powered up state.

While the previous titles in the Warriors Orochi spinoff series have focused around the Japanese pantheon of gods and mythological beasts, this year’s mash-up focuses more on the Norse goddesses and gods that players have become increasingly familiar with. What better match for Guan Yu, the Chinese God of War, than to face up against Ares on the battlefield? Many of the other more famous Norse divinities also fill out the roster, while the lesser known beings are relegated to generic officer status (sorry Mimir). Their basic units of angels, griffins, and cyclops provide a nice contrast against the Asian foot soldiers and Japanese monsters that players should be more than familiar with slaying in the heroes’ respective titles.

Warriors Orochi 4 takes a step back from the open world splendor of Dynasty Warriors 9 and brings back those familiar arenas of titles prior. Mission objectives rarely get any more complex than reaching a certain outpost and either keeping a friendly officer alive or defeating an enemy commander or two. It’s simple, straightforward, and doesn’t give the player any obtuse hoops to jump through if all you want to do is wreak havoc on the battlefield as Lu Bu.

Mass combat has never been easier than in the latest rendition of Warriors Orochi 4. Whether playing as a character from Samurai Warriors, Dynasty Warriors, or one of the five new Norse gods (who play similarly to the DW-style), each game’s respective cast plays slightly different. Dynasty Warriors characters primarily use square and triangle for regular and charge attacks, while their Japanese brethren can use the triangle button to initiate dashing Hyper Attacks that lead into similarly flashy combos. It won't just be one officer on the field of battle. Just like previous Warriors Orochi titles, players will control a squad of three officers that can be switched out mid-combo. New to the series is the use of four backup supporting officers that can lend a stat bump depending on what class of officer you play (Power, Technique, or Speed).

What separates Warriors Orochi 4 from the previous iterations is in that of two new godly systems: Sacred Treasures and Deification. Sacred Treasures are mythological artifacts that when held, can grant new abilities that operate on a separate magical gauge and acts independently from the character’s Musou abilities (although one type of magic does consume half of the character’s Musou bar to great effect). These new magical abilities add in some flashy new moves that can be effective at a wide range and make the combat much more exciting than mashing square all day long. Each character is already assigned a specific Sacred Treasure, so if you find one particular treasure you like, there’s close to twenty different officers that can make use of it.

Each individual officer of the 170+ count in Warriors Orochi 4 can be leveled up individually, each with their own moveset, skill tree, upgradable weapons, and bonding moments. But when you have a roster that reaches the triple digits, sometimes you have to cut back on the attention that you can give each character. That’s why much of the experience has been streamlined from previous Musou titles, even that of Warriors Orochi 3 Ultimate. Aside from the glaring roster omissions of previous heroes such as Ryu Hayabusa, many of the systems that players will work with outside the field of battle have been greatly reduced. Characters can no longer equip accessories, limiting the customization to simply their upgradable weapons and choice of mount to ride into battle. A new Skill system gives each officer a skill tree based upon their character archetype with skill points being granted every level (or via consumable Skill Orbs if you aren’t feeling patient), but more often than not, these skill trees feel so very similar from one officer to the next.

Nearly everything that players interact within Warriors Orochi 4 that’s off the battlefield is handled through menus. There’s no longer a city hub to run around in; instead, merchants that sell weapon enhancements are found in the same menus where leveling and team building is performed. Even the relationship moments that highlight the bonds between fellow officers consist of brief vignettes of dialogue that you’d see right at home in a visual novel: brief, poignant, and often humorous at someone’s unwitting expense.

Warriors Orochi 4 thankfully doesn’t hold much back from the player when it comes to unlocking new content and characters. Across the game’s five chapters and few dozen battles, new characters are unlocked at a rapid pace. Most story missions often add 3-5 new officers to play with, while some of the more unique characters (like Koshosho or Xu Zhu) are unlocked via optional side missions. The rate at which you get new characters feels strange at times; staple Dynasty Warriors officers like Cao Cao aren’t unlocked until the fourth chapter, long after Nobunaga Oda or Sun Jiao join the playable roster. New officers all join the party at Level 1 and often with the weakest of equippable weapons, but passive training sessions can power up three officers at a time and often unlock new weapons or experience points every three missions. If you’re looking to play as more than just the usual three officers, you’re certainly going to need to take advantage of these training sessions to round out your roster with more suitable companions.

The Warriors Orochi series didn’t need to venture out far from Asia, but I’m glad that they did. A new pantheon of gods and some magical goodness breathes new life into a series that’s quickly running out of generic Chinese officers to slay. In a lot of ways, the change-ups streamline the gameplay and get you back into battle with flashy combos and your favorite historic generals but there aren’t enough shake-ups to the system to bring in new players. If Dynasty Warriors 9’s open-world design didn’t appeal to you, or even if you haven’t played a traditional one in a long time, Warriors Orochi 4 goes back to the formula that made the series such a great pick up and play experience.

Reviewed on PlayStation 4 Pro (code provided by the publisher). You can purchase the game on Amazon for consoles or on Steam for PC. 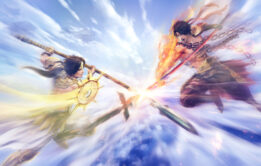 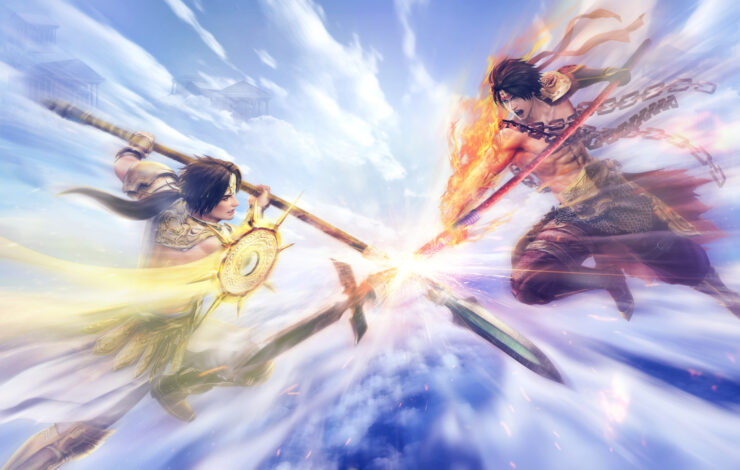 Warriors Orochi 4 is like a dream Musou game: matching up the two largest rosters from Omega Force, but like a dream, can at times be pointless or without direction.