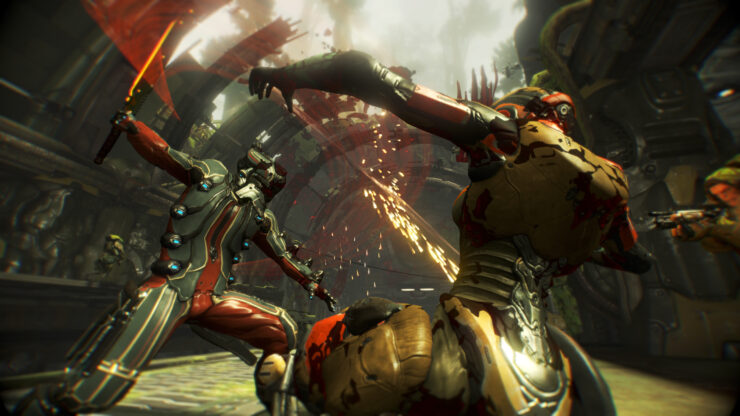 Digital Extremes is bringing the PlayStation 5 version of Warframe to eager Tenno this week. Just in time for the holidays to kick off, the newly-upgraded version of the game will be available on Thursday, November 26.

Taking to the PlayStation Blog with the official announcement, Digital Extremes COO Sheldon Carter lined out the details about what's coming next for faithful Warframe players and all the newbies about to join up as well. In addition to being a "momentous" launch for the developer thanks to player dedication over the years, there are other reasons why the debut is so meaningful, as Carter explained.

It includes players having the ability to jump into the game with a brand new graphics engine with a frame rate of up to 60 fps and 4K support on launch. It also includes cross-generational play between both PlayStation 4 and PlayStation 5 Warframe fans. The next chapter of the long-running Warframe lore, which launched in 2013 when the game made its debut, is also debuting on PS5: The New War.

On launch, the game will feature the same three open worlds available on other platforms, but this time around they'll look better than ever, thanks to the PS5 version's new "enhanced renderer," which will offer dynamic lighting for each area. A fourth open world, The Duviri Paradox, will be debuting on the system as well.

"I can’t wait to hear what players think once they play Warframe for the first time on the PS5," Carter wrote. "Taking out hordes of enemies with a butter-smooth framerate and jumping into each mission in a snap. Experiencing our story and worlds with our new enhanced renderer that will stun them and adaptive triggers that make combat even more immersive. I can’t wait to play with you all!"

Looks like it's a good time to jump into the game if you ever planned on doing so.