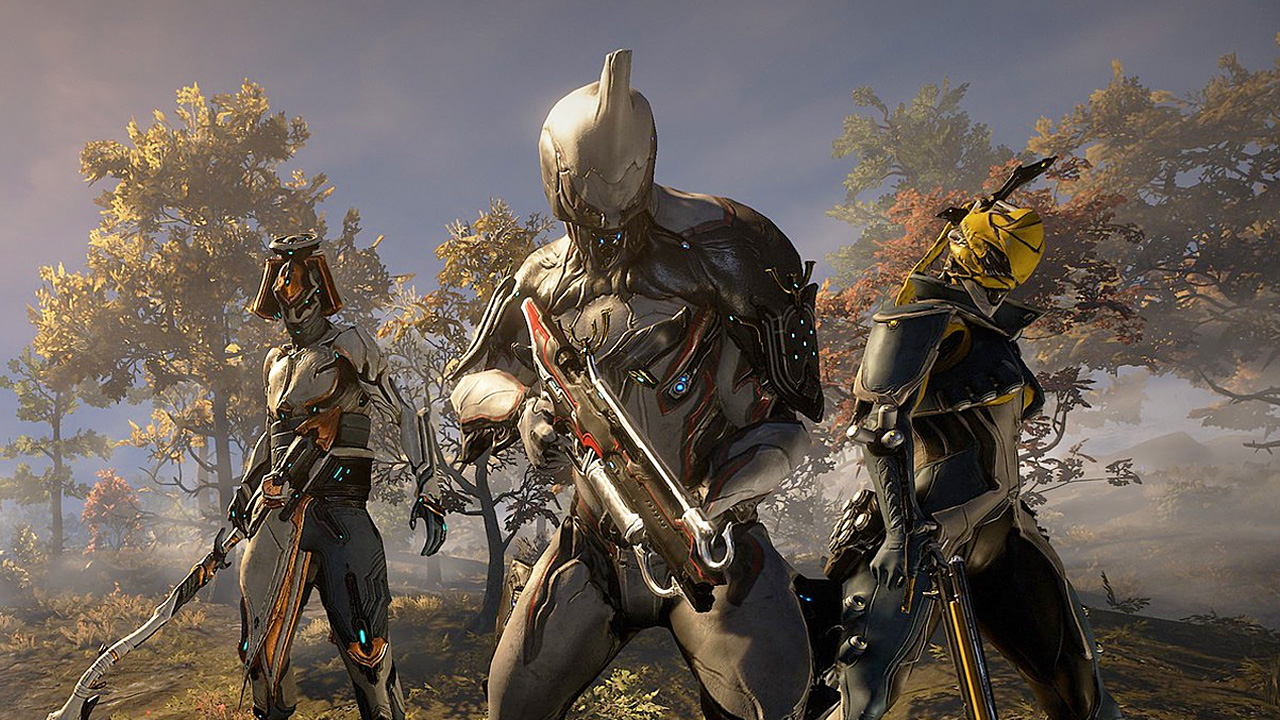 Warframe was one of the under-the-radar hits of the past generation, attracting over 50 million players to date, and now the shooter-looter RPG is coming to next-gen consoles. Developer Digital Extremes has released a new PS5 trailer for Warframe, and the game looks to be getting a pretty solid makeover. The game will run at “up to 4K” (aka dynamic 4K) and 60fps, and features increased environmental detail and more advanced lighting. Of course, load times have been improved as well – at one point, we see a load time that took nearly 50 seconds on PS4 now takes only around 10 on PS5. Check out the Warframe PS5 trailer, below.

We’ve spent significant time and energy developing our new enhanced renderer. This rendering technology allows us to create dramatic, dynamic lighting that follows the natural direction and strength of any given light source in an environment. You’ll see it in the muzzle flash of your Weapons firing, in the gleam of your Heavy Sword or in the beaming glow when casting your favorite Warframe’s Abilities.

On PS5, Warframe will look and play better than ever. Textures throughout the entire game will be at their sharpest, thanks to a game-wide remaster that will also help you save on space. Running at up to 4K resolution and 60fps means no detail will escape your eye. You could even say that Missions will run as smoothly as Nezha using Fire Walker. You can also expect improved loading times across the entire game thanks to the next generation solid-state drive.

Warframe will also be taking advantage of the DualSense controller’s haptic feedback, with more features to be added as the game’s devs explore the tech:

When we saw the promise of the DualSense controller and Adaptive Triggers, we immediately realized the potential of creating a more exhilarating combat experience. At launch, you’ll feel the impact of every shot fired with each trigger pull, bringing a new level of immersion and thrill to your actions without comprising the tight, fast, fluid and responsive controls that you can only get in Warframe.

As we explore the more advanced Haptic technology, we’ll soon be able to generate vibration patterns that match in-game environments for greater immersion: feeling the cold snow crunch under your feet on Venus in contrast to the soft-footing of a dusty Mars settlement. We are a strange sci-fi game with moments of intense action, but we also have moments of intimate character interaction, emotional story-telling, mind-body experiences, and explorations of extra-dimensional spaces — those are moments that can also be enhanced while playing with a DualSense controller.

Digital Extremes is also promising PS4/PS5 crossplay and cross-progression, so if you’re already playing on Sony’s current-gen consoles, you can take everything with you. PlayStation Plus subscribers will also get a free PS5 booster pack.

Warframe is available now on PC, Xbox One, PS4, and Switch. PS5 and Xbox Series X/S versions are slated for sometime in 2020, but we don’t have an exact release date for either yet.