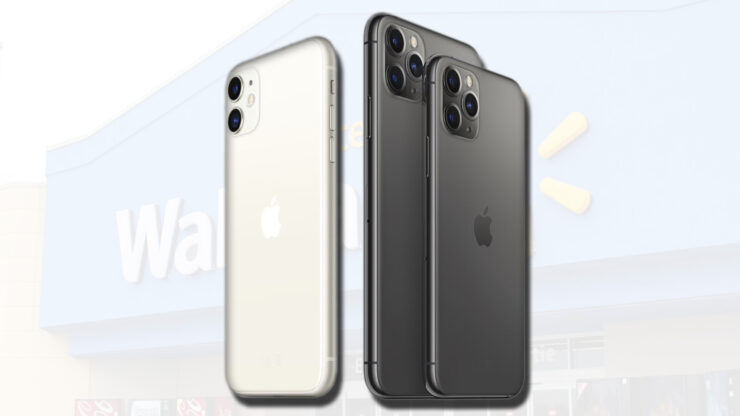 As you might have noticed, the Apple iPhone 11 costs $50 less than the introductory price of the iPhone XR. Analysts believe that this can help the company drive demand in the entry-level premium market. Over the years, the Cupertino giant has been criticized for keeping prices high as they have been considered a detriment to sales. If you want even lower prices, you might want to consider Walmart, as the retailer is expected to sell not just the iPhone 11, but also the other two new models at a discounted rate.

According to an email received by BGR, Walmart has cut $50 off the prices of the iPhone 11 lineup. This means that while Apple is selling the iPhone 11 at a starting price of $699, Walmart will sell it for $649 starting tomorrow. Similarly, the base version of the iPhone 11 Pro costs $949 if you buy it from the retailer, although it has a price tag of $999 on Apple’s website. Lastly, the iPhone Pro Max starts at $1049, if you get it from Walmart.

In addition to that, the retailer is also providing existing Verizon and AT&T subscribers with the option of two days free delivery on September 20 if they place their orders for the iPhone 11 on Walmart.com. Pre-orders will start this Friday and you can order the phone online. Additionally, it’s up to you if you want home delivery or an in-store pickup.

Apple itself will also begin shipping the iPhone 11 series from September 20. Carriers and other retailers will also start selling the phones from the same day. For a quick lowdown, there aren’t a lot of new upgrades to talk about except for the new A13 Bionic chip and the additional camera sensor on the iPhone 11 Pro and iPhone 11 Pro Max.

If you were awaiting features such as 5G connectivity and dual wireless charging, they won’t be here until next year. In the meanwhile, you can either wait for phone announcements from other vendors or get the older iPhone XR or iPhone 8 and save money in the process.